The Season of Change 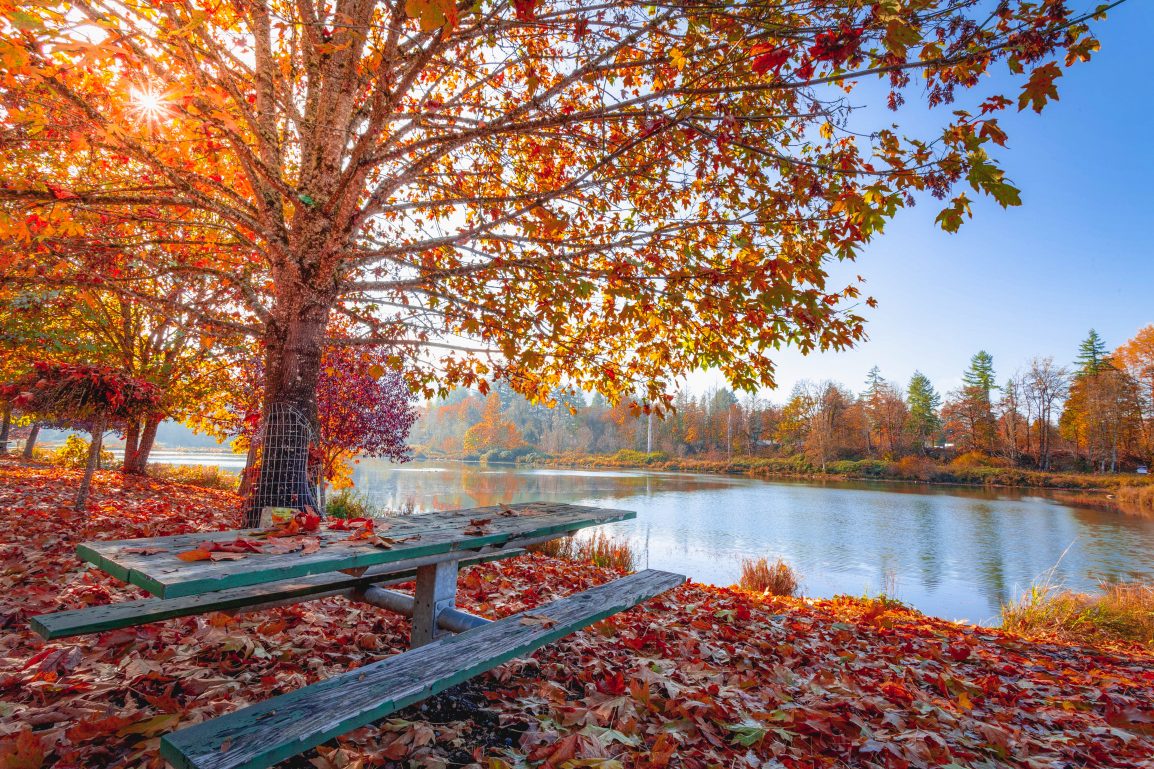 One of my most vivid memories of fall comes from a time I can’t exactly pinpoint because so much time has passed since then.

What I do remember is stepping outside and noticing how the trees had been painted in warm tones of red, orange, and yellow seemingly overnight. And at the time, I was standing in a world in which I felt extremely small in my red corduroy dress, stockings, and large white bow my mother had clipped into my golden-blonde hair that morning.

It felt like summer had just been washed away and fall had come blowing through without any warning. Or at the very least, it had appeared too quickly for a young girl to have taken much notice of before it was just there.

For some reason, this memory of crisp air, grey-blue skies, and crunchy brown leaves on the red-brick path leading to my driveway has stuck with me for over a decade, and for a while, I couldn’t seem to figure out why.

Maybe it’s just that for a little girl everything in the world seems to be full of life and magic.

And in all fairness, I was then, and still remain to be, a very imaginative and curious girl who looks at the world through a lens of optimism and wonder.

Maybe it’s that this memory serves as my first realization that the world is full of change, but sometimes that change is natural and an overall beautiful thing. Sometimes, change is exactly what we need to learn, grow, and move forward in our lives to become the best version of ourselves.

However, I now believe this memory still sticks with me because of a combination of these two reasons.

I think it’s because I looked at the world around me that day with such wonder that I was able to realize how much change can happen in such a short amount of time.

It is often said that at some point in our lives we must grow up and leave behind us all of the wonder and enchantment that comes with looking at the world through the eyes of a child.

I believe that when we take the time to stop for a minute and look at the world in the wonderfully romantic, yet simple way we did as children it allows us to reflect and see the world through the lens of childish curiosity.

As young women, I believe that this is all the more important. As we enter new important chapters in our lives where change is inevitable, asking questions about the world and ourselves becomes essential to finding out who we are and what we want to become.

This is why fall is my favorite season.

Along with the Halloween costumes, pumpkin patches, and cinnamon treats comes the time of the year where the world essentially reminds us to allow ourselves to be quiet and recognize the changes happening around us.

My challenge to you, as well as to myself, is to take some time, go outside, and think about what good has come from the changes in your life so far as well as what changes may be necessary for you to become the person you want to be.