Lady Gaga Hits Back at Super Bowl Body-Shamers: ‘I’m Proud of My Body’ 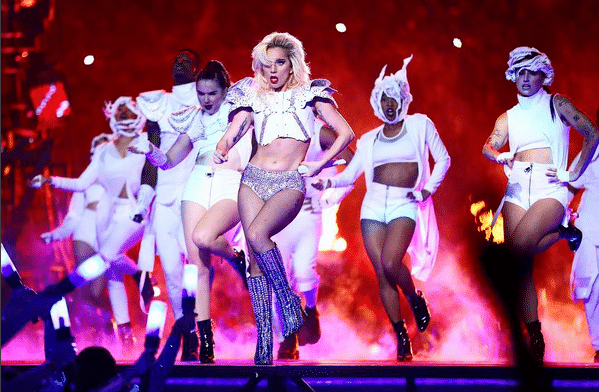 Lady Gaga is hitting back at body-shaming trolls who criticized her figure during her Super Bowl halftime show.

The “Bad Romance” singer, 30, was on the receiving end of some very nasty comments following her epic performance. But she was determined not to let the negativity get to her, and on Tuesday, February 7, she took to Instagram to combat the comments.

“I heard my body is a topic of conversation so I wanted to say, I’m proud of my body and you should be proud of yours too,” she captioned a photo of herself performing at the sporting event. “No matter who you are or what you do. I could give you a million reasons why you don’t need to cater to anyone or anything to succeed. Be you, and be relentlessly you. That’s the stuff of champions. thank you so much everyone for supporting me. I love you guys. Xoxo, gaga.”

Despite her incredible show, some people chose to focus on her body instead, and when she whipped off her Versace bodysuit and strutted her stuff in a pair of tiny, silver hot pants and football pads, her fabulous figure came under fire.

Gaga’s “Little Monsters” leaped to her defense, slamming the trolls for criticizing her body.

Many fans also thanked Gaga for proudly displaying her “less than perfect” stomach.