Influential Women from the Past Decade 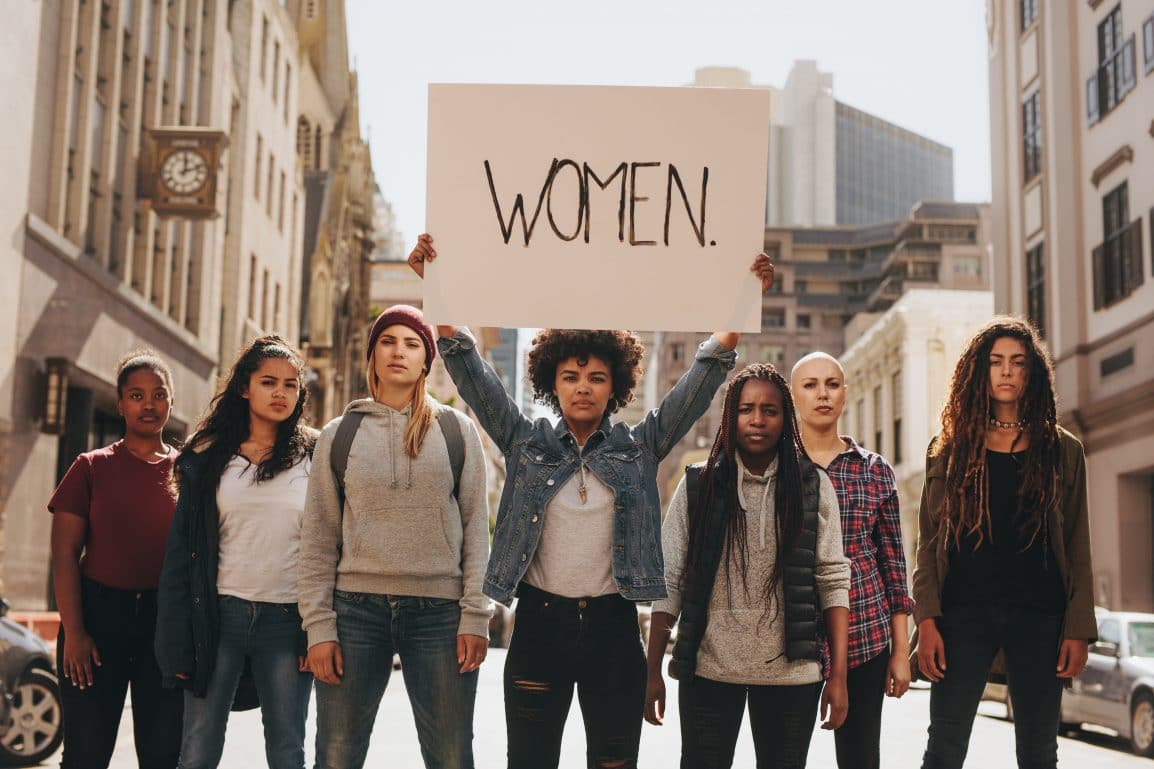 In honor of Women’s History Month, here is a list of some influential women from the past decade. These are women who are role models to people all over the world and who have done things in their communities and their professions to better society as a whole.

Dr. Amani Ballour is the first and only woman to have managed a hospital—and an underground hospital, at that—in rebel-held Syria. The challenges that her hospital faced were like no other. They had little-to-no resources, bombs were constantly hitting above ground, and they didn’t have any anesthetics. She says that the hardest challenge was choosing which patient to help with the little resources they had.

A documentary by National Geographic Documentary Films called “The Cave” (which is what the underground hospital was called) was made to show what Dr. Ballour accomplished and how she was able to run a hospital in such an atmosphere. In the documentary, there were instances where men questioned Dr. Ballour and her work. She says that even though a lot of men questioned her and other women’s work, there had been a shift in perception in the community when she worked in “the Cave.”

In a certain scene, Dr. Ballour is seen comforting a girl that is hurt badly by telling her to think about what she wants to become when she is older.

“Every day some children died at the hospital and I wanted to say to her that, ‘You will survive and you have to think of the future. You can be teacher, you can be doctor,’” Dr. Ballour explains. “This is very important to me because no one said that to me when I was a child. No one said to me that I have rights. No one said to me that I can be an important person in the future… All the people around me, they said, ‘You can get married and have children and work in the home.’ This is the idea about women, and all the time I was wondering why I can’t do something else, why do I have to get married, what kind of life is this? I don’t want this life.”

Lena Waithe is an American screenwriter, producer, and actress. She starred in the Netflix comedy-drama series “Master of None.” She became the first black woman to win an Emmy for outstanding writing for a comedy series. A lot of her work comes from her own experiences of being a black lesbian from Chicago.

The “Thanksgiving” episode in “Master of None” portrays Waithe’s own experience of coming out to her mother. She works to give young LGBTQ+ individuals a space to see themselves and their experiences on the screen—something that, growing up, she didn’t have. She is a big believer in representation and progression. She changed the film/TV industry and she continues to do so.

In an interview with The Undefeated, she gets into the complex subject of being black and gay and out and verbal about it all in Hollywood.

Breanna Stewart was the 2016 WNBA rookie of the year, the WNBA MVP of the regular season in 2018, and a two-time finals MVP. She is also known as one of the best college basketball players of all time. She is an amazing basketball player but also a great activist.

When she won the 2016 ESPY for Best Female Athlete, she gave a speech calling out the media for its lack of coverage of women’s sports. She also used her platform to spread awareness for Black Lives Matter and joined protestors at the LA international airport against the Muslim ban. In 2017, she stood up for the LGBTQ community and highlighted the inclusive culture of WNBA. In October of 2018, she came forward as a survivor of childhood sexual abuse with a moving first-person essay with The Players’ Tribune. She then went on to launch a national campaign in partnership with RAINN to help other victims and their families.

For her on-court and off-court accomplishments she was named 2020 Sportsperson of the Year. She said this during her 2016 speech:

“During my time in college I received an enormous amount of media attention, I’m grateful for that. And now that I’m in the WNBA, playing with other amazing female athletes, I’m trying to understand why we, as professional female athletes, don’t receive anywhere near the fame. This has to change.”

Shonda Rhimes is an American television producer, screenwriter, and author. She is best known for Grey’s Anatomy, Scandal, and the new Netflix period series Bridgerton. When she moved from working with ABC to working with Netflix, she says that the culture was completely different. She said she had to adapt to discussing her ideas with bigger groups of people.

Shonda Rhimes is a huge inspiration for young women who dream of getting into the film/TV industry, which is largely dominated by men. She partnered with Dove on a photography database, #ShowUs, showcasing more than 5,000 images of diverse women and non-binary individuals to promote more accurate representations in the press.

Shonda Rhimes is able to portray society’s stereotypes of women and the sexism they face every day in a lot of her TV series. For example, Grey’s Anatomy touches on sexism a lot with most of the main characters like Meredith Grey, Cristina Yang, Miranda Bailey, and Addison Montgomery. She uses her platform to address the lack of representation in the media and tries to show her audience what women experience in society. She once said,

“I am not lucky. You know what I am? I am smart, I am talented, I take advantage of the opportunities that come my way and I work really, really hard. Don’t call me lucky. Call me a bad-a**.”

Sonia Sotomayer grew up in the Bronx in public housing complexes, and ever since she was ten years old, she has wanted to become an attorney. She was awarded a full scholarship to Princeton University, and now she is the first Hispanic and Latina Supreme Court Justice. She is known to be a person of integrity and discipline. She is one of the most respected people in America.

She overcame the challenges that came with growing up in public housing projects as a young woman of color. She dominated a field known to be mostly male-dominated. She persevered when people told her she couldn’t. Any young girl can look at her and where she has come and be inspired. Her main life advice to young people is to just ask rather than assume the worst in people and in situations. She speaks about the value of seeing and respecting differences. She once said,

“I realized that people had an unreal image of me, that somehow I was a god on Mount Olympus. I decided that if I were going to make use of my role as a Supreme Court Justice, it would be to inspire people to realize that, first, I was just like them and second, if I could do it, so could they.”

Noami Osaka is one of the best tennis players in the world. She is currently ranked 10 in Women’s singles and has won three Grand Slams. She is an inspiration on the court with her big forehands and huge serves, but she is also a force off the court with her activism.

She says that she wants to use her platform to spread awareness and start conversations about the inequality people of color face in the US and around the world. She also launched the Nike Play Academy, which is a program solely made to change the game for girls in order to level the playing field. The program is made to give girls confidence not just in sports but also in their everyday lives. She said this in an interview with Britannica:

“I often think about the phrase gambaru/gambare. It’s a classic Japanese phrase and basically means that no matter the hardships or challenges that one may encounter in life, it’s important to face them with a tenacious spirit and to try one’s best. That ethos is what I carry to practice and matches.”

Radhika Jones is an American magazine editor and the fifth editor-in-chief of Vanity Fair. Jones completed her undergrad at Harvard before heading to Columbia where she received a Ph.D. in English and Comparative Literature.

She changed Vanity Fair by increasing the diversity of its covers and representing more women in them. She herself noticed the discrimination and the lack of representation in Vanity Fair’s covers before she took over as editor-in-chief. She aims to change not just Vanity Fair’s magazine, but also how the media portrays people of color. She believes it is important to change the media to actually make significant changes in the world.

“I was determined to change it when I took over as editor in chief—not just as a corrective measure but because it is my job, and the magazine’s job, to center people who are visionaries, who are moving the culture forward. We are not bound to continue the cultural hierarchies we inherit.”

The Future is Female

People say that the “future is female” and these women have helped push that to the forefront. So many young people have big dreams but they look at the TV or their phone and they don’t see big names that sound like their own or people who look like themselves. This may seem like a small, irrelevant factor, but it isn’t, as shown by the women on this list. Representation of different genders and ethnicities matter for the up and coming generations and pave the way to make a more just society.

Check out more articles from GirlSpring on influential women:

Quiz: How Much do you know About the Suffragettes?