Why do you wear makeup? 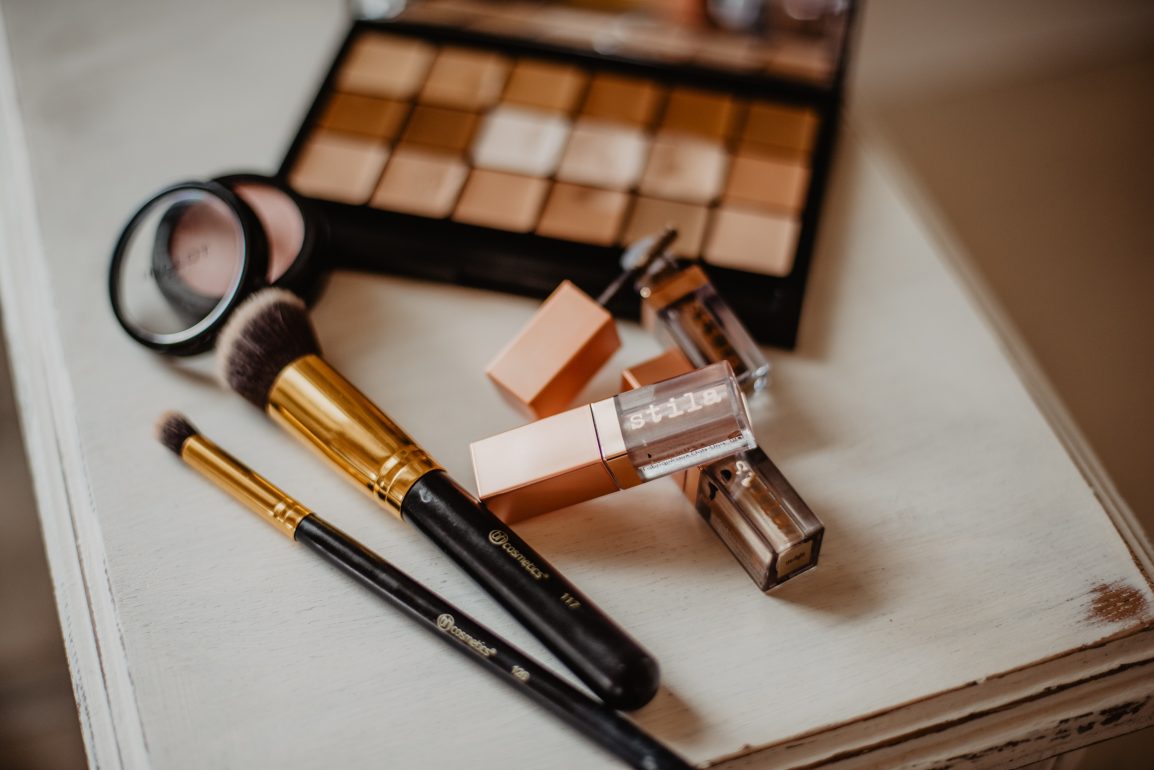 I started wearing makeup at a younger age than most girls. I had acne and the concealer I caked my face with was probably the only reason I could look people in the eyes. If I liked a boy in my class I wore more of it; I even wore it to my sport practices when I was younger. Putting on a full face of makeup just became something I did everyday and I assumed all the other girls did too. Then I started to question my daily routine and why I felt the need to wear makeup. I assumed early cave women didn’t need makeup to survive and everyone thought the boys in my class looked fine without it, so why did us girls need to wear it? Today I rarely wear makeup because I realized why I was wearing makeup: boys, and that just wasn’t a good enough reason to wake up 30 minutes earlier in the morning to do something I didn’t even want to do.

Having to make precious time in your daily routine to apply makeup is not the only sacrifice girls make to wear it. Makeup often irritates the skin, leading to blemishes and skin damage. Makeup can also be expensive and for many girls the money that goes to buying makeup would be better spent elsewhere. The sheer amount of time one has to spend to find the right makeup, become skilled in applying it, then put it on and take it off properly is immeasurable and many women feel uncomfortable in makeup but still wear it because of the societal pressure to. But even with all these downsides, if you’re a young woman you’re probably wear makeup regularly. In fact, in a 2013 survey of 572 girls from ages 8 to 18, 58% of the girls admitted to wearing makeup everyday and 27% of the girls who wear makeup said they never leave the house without it.

So if you wear makeup everyday I want you to really ask yourself, “ Why do I wear makeup?”, and if the answer to that question is to impress someone or because everyone else does, I really want you to consider kicking the habit of wearing makeup.

I’m not going to say that not doing something you feel society expects you to do isn’t hard, it might be really tough and you might even feel embarrassed but whatever you feel has been felt before by the women of the 1880’s when they decided to stop wearing corsets. Like makeup, corsets felt restricting, unnatural, and uncomfortable to some women but every woman wore them. An hourglass figure is what the society’s men chose was desirable to them and women shaped themselves accordingly. By the mid-1800’s enough feminists, physicians, and educators came out against this practice to begin the Rational Dress Movement or Victorian Dress Reform Movement. This movement was made up of mostly middle class women who were part of the first wave of feminism in the United States and Britain in the 1850’s through 1890’s. This was all during the Progressive era where women were also fighting for their right to vote and education and involved many influential feminists like Elizabeth Cady Stanton, Harriet Beecher, and Susan B. Anthony.

Their aim was to “emancipate” women from the “dictates of fashion”, and whether or not you believe fashion can be empowering or constricting for women, their main enemy, the corset, proved to actually be harmful to a woman’s internal organs. These women faced a ridiculous amount of outrage and hostility for going against the society norm but we have them to thank for the freedom with fashion we have today. Every morning we don’t have to put on stockings with elastic bands that cut off circulation to our legs, we are not expected to wear a corset stiffened with whalebone that when tightly laced restricts our breathing and squeezes our internal organs, and we can even wear pants so I thank them for their bravery. I predict that future generations of girls will feel how we do about women in the past wearing corsets and be dumbfounded by why our generation spent so much time and energy on wearing makeup.

So ask yourself, “Why do you wear makeup?”, and really think about your answer. Makeup can make some people feel more confident in their appearance and it can be a way for some to express themselves but we shouldn’t let it become something that constricts us or that we feel obligated to wear. Especially since so many women in our history faced ridicule and criticism so that we could have the freedom to dress how we want and do what we want today.

5 Tips for going back to school after the break