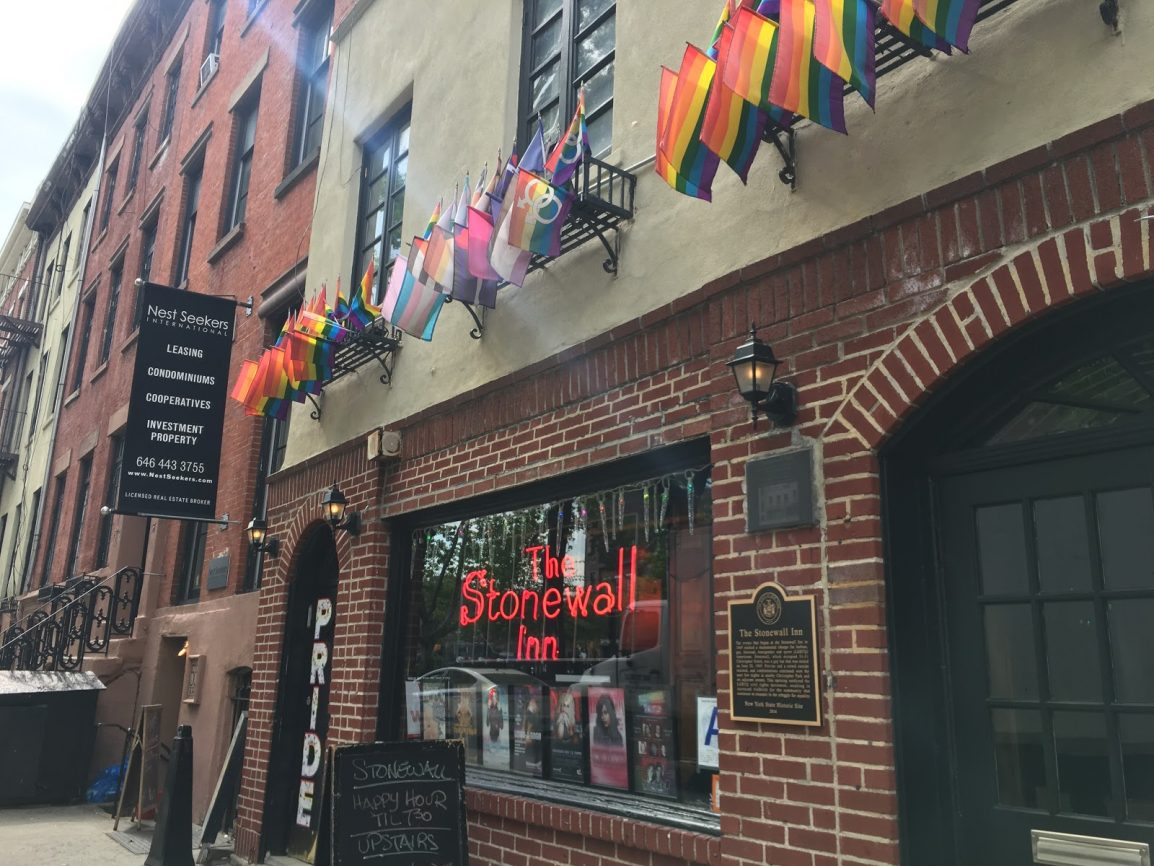 June is Pride Month, and while there aren’t physical pride parades and celebrations, you can certainly have your own and educate yourself at home! Alabama has been named as one of the worst places to be gay in America (New York Times).

In high school, I lobbied for inclusive language and greater sexual education in schools. I didn’t know until I was 17 that this language was used in the Alabma State constitution: “[homosexuality] is not a lifestyle acceptable to the general public and that homosexual conduct is a criminal offense under the laws of the state”. Not only is this incorrect (it is not illegal), but it is horrifying. In 2019, a law was passed by the senate to remove this language and change language that confused HIV with AIDs. This article is not an inclusive history of pride in the United States, but it is a combination of my personal experience as an ally as well as history.

I think I was asked to introduce myself with my pronouns twice in high school. In college, it is something I do everytime I meet someone new or introduce myself. This is so important because it not only normalizes pronouns (he/him, she/her, they/them, etc.), but it also ensures people are addressed with their pronouns! A great way to help normalize this is to add it in your Instagram bio, in your email signature (if you have one) and ask about pronouns when you meet new people.

During my college orientation, we did a worksheet that defined certain terms related to identities. It is really important to understand these terms and know how to properly use them (and what terms to avoid) in order to be a better ally! Never feel bad about not knowing all or some of the terms–I am constantly learning. Here is a link to a glossary about LGBTQ+ terminology as well as what to avoid (CW: descriptions of derogatory terms are used)!

It is so important to use your privilege to speak up!

If you are not a member of the LGBTQ+ community but hear someone misgender your friend, for example, speak up. Speaking-up is not easy, but ensuring that people are treated with respect and dignity is so important. Here, you might be wondering what I mean by using your privilege. By this I mean understanding that I am not a member of the LGBTQ+ community and thus do not face the same discrimination (I will not be discriminated against because of my sexuality). Because of this, I can safely speak up when it can be very dangerous for others to do so.

If you’ve read any of my other articles, I’m a big fan of reading and podcasts. I’ve created a list of books, podcasts, videos and movies by LGBTQ+ authors, creators and storytellers at the bottom of this article.

I knew nothing about the Stonewall riots until I was 18. And I still continue to unlearn and relearn the history behind it as I get older! I visited the Stonewall Inn in NYC my first-year of college which was really powerful for me to be able to see this site in person. The Stonewall Riots did not start the Gay Right’s movement in the United States, but it helped serve as a catalyst for greater change. Stonewall was a popular gay bar in Greenwhich Village in NYC, and raids were very common at the time, but usually someone at the bar was tipped off so people would leave before the police came.

In the early morning hours of June 28, 1969, police raided the bar and began to arrest and beat up patrons. The raid itself was normal, but this time, patrons had enough. The crowd grew to not just patrons of Stonewall but to other members of the Greenwich community who began to protest the police raid. That moment thrust the Gay Right’s movement into motion with the creation of the Human Rights Campaign and GLAAD being founded shortly after that.

This being said, the first Gay Right’s organization in the United States was founded in 1924 in Chicago!

She even modeled for Andy Warhol. These two incredible activists are only two of many LGBTQ+ activists whose histories are not taught in school. There are many contemporary activists as well such as Laverne Cox (she plays Sophia Burset on Orange is the New Black), ALOK Vaid-Menon (they are a gender non-conforming artist), and Sharice Davids (she is not only the firt openly gay representative from Kansas to be elected to Congress, but she is one of two indigenous members of Congress as part of the Wisconsin Ho-Chunk tribe) who continue to pave the way for the LGBTQ+ community today.

CW: Some of these media might contain disturbing language, images, and stories.

“Why We Remember Stonewall”

“Getting Curious with Jonathan Van Ness”

Everything Leads to You by Nina LaCour

Simon Vs. The Homo Sapiens Agenda by Becky Albertalli (aka the movie Love, Simon)

Little and the Lion by Brandy Colbert

If I was Your Girl by Meredith Russo

The Life and Death of Marsha P. Johnson