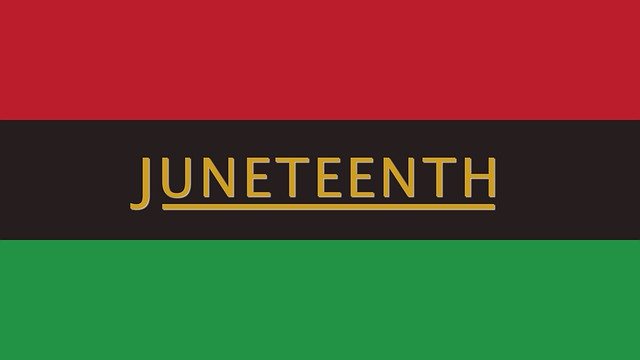 June 19, also known as Juneteenth, is a holiday celebrating the end of slavery in the United States.

You might have heard it mentioned lately since President Donald Trump was expected to hold a rally in Tulsa, Oklahoma, the site of the Tulsa Race Massacre in 1921, on Juneteenth. Juneteenth is not widely talked about in our education system. I only learned about it after watching the Netflix documentary, 13th. However, it is a holiday that we should take the time to learn about, celebrate & continue to educate ourselves on Black history and antiracism.

On January 1, 1863, President Abraham Lincoln officially issued the Emancipation Proclamation that declared “all persons held as slaves…are and henceforth shall be free”. It essentially ended formal slavery in states within the Confederacy and freed enslaved persons. Not all enslaved people, however, were freed on that day. Slavery still existed in Galveston, Texas until June 19, 1865. Two years and two months after General Robert E. Lee surrendered.

Juneteenth is a reminder that freedom was not suddenly given, and it was not easy. Thousands of enslaved people waited 2 years not knowing that they were free. Karlos Hill, a professor of African and African-American studies at the University of Oklahoma stated in an interview with Vox, “Juneteenth is a moment where we step back and try to understand the Civil War through the eyes of enslaved people”. We have to remember and reconcile with the history that we have been taught and remember that the Civil War was not about states’ rights, but the right to own other people.

In 1872, a group of Black businessmen and ministers in Houston, Texas, bought 10 acres of land and thus created Emancipation Park. This space was not only intended to be a general community gathering place for the Black community but also hope to use this space for future Juneteenth celebrations.

In 1980, Texas declared Juneteenth a state holiday, but most people still have to work.

This designation was widely seen as symbolic. After Texas, however, 45 states and D.C. have declared Juneteenth a holiday, and some states even allow for paid time off. Companies, such as Twitter, Vox, and Nike have now decided to make Juneteenth a paid holiday. Juneteenth, however, is not a national holiday yet, but I have linked to petitions to demand that the White House recognizes it as a national holiday.

As a country, it is clear that we have not reconciled with our history and legacy and racism and slavery. While 19th-century slavery is over, the 13th amendment allowed for various forms of modern-day slavery by incarcerated people. Black Americans are being murdered by the police. There exists redlining, gentrification, mass incarceration, the prison industrial complex. This nation was built on white supremacy. Juneteenth offers a day to reconcile, acknowledge, and work towards recognizing this past and present.

How do you celebrate?

Like most holidays, food is a key element! It is communal and offers a chance to give thanks to your body and replenish it. Outdoor barbeques and picnics are staples, allowing for family and friends to come together in your backyard or at a park to celebrate. Parades are also common with speakers and other storytellers present so that we don’t forget why we celebrate. Juneteenth is also a way to check-in with yourself and your community. Juneteenth provides a day to celebrate everything our resistance has accomplished. These celebrations are not likely to take place so that we can make sure everyone stays safe. There are, however, online celebrations and other ways to celebrate safely!