Articles, Fashion, Social, This and That 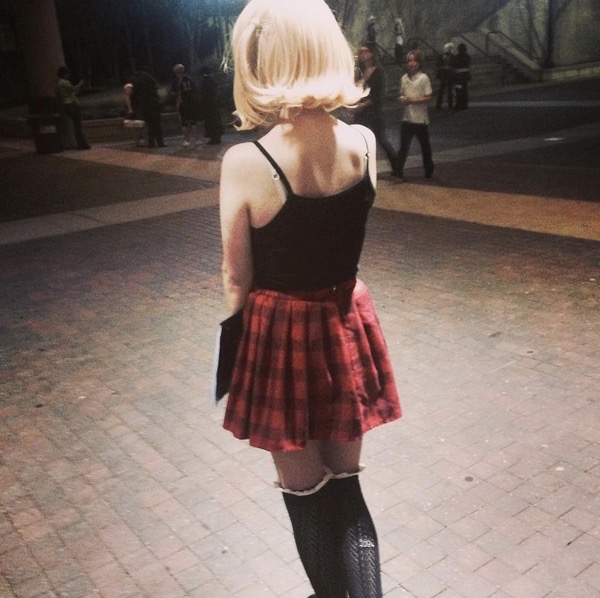 Be it for Halloween, costume parties, or just for fun, many people have taken great joy in childhood dress up. I can remember in my early youth thinking that when I dressed up, I could somehow magically become that character. I would get so into my character that sometimes I would even forget that I was not, in fact, Cinderella or Hermione Granger. Sometimes, I even wore my costumes to school. (For my kindergarten school picture I wore a tiger costume!) This hobby is one that most people grow out of as time moves forward.

However, I did not want to grow out of dress-up. In sixth grade I heard about cosplay through the internet. Of course I had little to no idea at the time what cosplay was, but I knew that it connected to my childhood hobby. I did a little research and discovered that cosplay is a rather popular activity among teens and young adults. What makes it different from dressing up as a child is the quality and time put into the costumes and the interaction of cosplayers within their community online and at the conventions. If you’re like me, who has always been interested in dress-up and wants to continue doing this hobby as an adult, you may want to know more about cosplaying. Many people may see it as simply dressing up, but the hobby is more than that. Cosplayers (people who engage in cosplaying) invest a lot of time, energy, and money into this hobby. It helps to understand what cosplaying is to know if it suits you and to know the respect for the passion cosplayers have for their craft.

By seventh grade my sister made a friend who was an active member of the cosplay community. We formed our own cosplay group focusing on Japanese anime characters. Through this group, we became more experienced and finally learned how to improve our cosplays. We went that year to Kami-Con, a local anime and cosplay convention. My sister and I had previously been to one cosplay convention, albeit we didn’t take it as seriously. That year, the amount of time and effort we spent preparing and perfecting our cosplay paled in comparison to the year before. The convention itself was very warm and open. We got to meet a lot of people who shared our common interests and got to dig deeper into this new community. We watched a cosplay contest, in which I learned that a lot of the best cosplayers make their own costumes.

Last year was my third year to attend Kami-Con. I cosplayed Flying Mint Bunny, a character from an anime called Hetalia. I had already bought a dress and wig that I could wear for the costume, but I did not have some of the essential accessories (bunny ears and wings). I had never made any of my own cosplay before, but decided that I would make these accessories. The ears were felt and stuffing sewn onto a headband, and I made the wings from cardboard and felt. It is still one of my favorite cosplays, in part because of my involvement in the creation of it!

I enjoy being an active member of the cosplay community with my sister. I am currently taking sewing lessons and finding new ways to become more involved with the making and perfection of my costumes. I love interacting with the cosplay community online and look forward to the conventions! These fantastical experiences both bring me back to the simple pleasures of childhood as well as spring me forward into a community of imaginative and creative young adults.