Why You Should Be Hopeful for the Future

No one’s going to pretend that life is easy all the time. It most definitely is not! And this is true on both an individual and global level. There are plenty of problems that are important to address. However, it’s important not to become too fixated on the world’s issues. If you do that, then you may, first, fall into some sort of existential depression and sense of hopelessness. The second issue is that you may give up the fight, which would only exacerbate the world’s problems.

In this blog, we’ll take a look at a few reasons why. 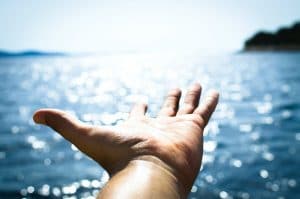 It’s easy to fall into the trap of thinking that things were better in the past. In fact, this belief is so common that there’s even a term for it; it’s called “golden age thinking.” But if you look into it, you’ll find that the past was pretty brutal! And not only was it brutal, but that the response from the public was pretty muted. Today? That’s not the case. For every major social justice issue, you’ll find people marching in the streets and standing up against it. This isn’t something that we should take for granted. We shouldn’t judge the world by the evil actions of the few; we should judge it by the response of the people.

On The Right Path

As we said at the beginning of the article, the world is far from perfect. But things are actually a lot better than they were in the past. And there’s every reason to believe that the future will be even brighter. Why? Because there are organizations working to make sure that this is the case. There’s a global health institute, for instance, that is working to eliminate diseases around the world. Or there’s the Borgen Project, which aims to end poverty. Charities and organizations have already had a hugely positive impact on the world. And that’ll continue to be the case in the future.

People call the youth of today lazy, selfish, addicted to their phones, and so on. But that’s not the case. The youth of today might just be the smartest, most tolerant, most multicultural generation there has ever been. And one day, they’ll be in charge.

It’s Yet To Be Written

Another reason to be hopeful for the future is that it hasn’t been written yet. It’s easy to think that we’re just slowly marching to a predetermined future, but that’s not the case. We can build the future that we want. Stand up for what you believe is right, and you might just find that the future is a lot brighter than you thought it would be.

5 “Treats” that Make you Wish you Got Tricked!