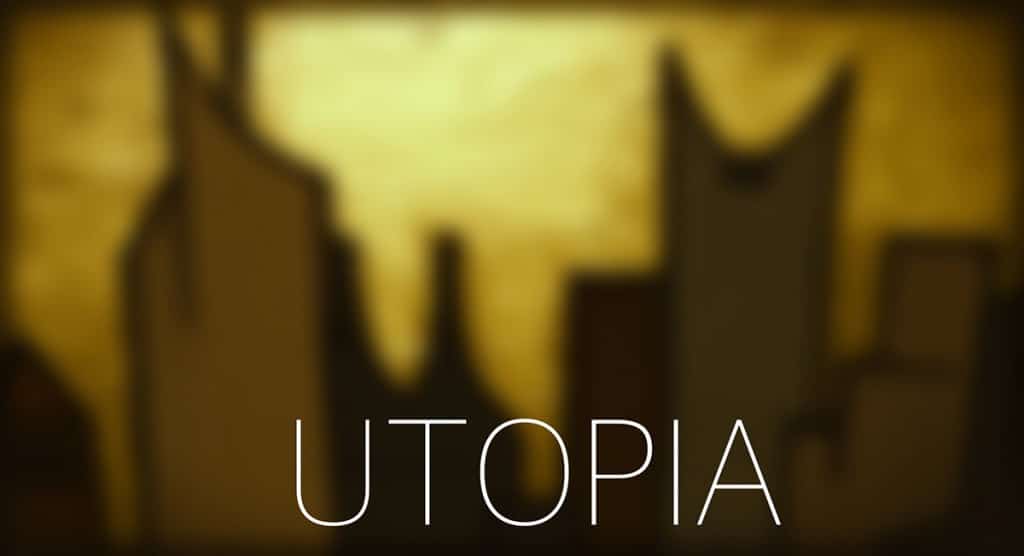 When I began painting this piece, the background was black with white specs, representing stars. I then added buildings, outlined then and touched the edges up with a smaller brush. I sat back and looked at the finished product and was unfortunately unsatisfied. I asked a friend what else should I add and he suggested adding a golden moon, so I did it. Right in the upper right corner, I placed a mediums sized golden moon. I looked at it again and was even more frustrated so I quickly grabbed a paper towel and wiped it off before my mistake could dry, but then I stopped. I looked at the gold smear on the canvas and then I realized I had it. The gold across the sky looked so beautiful and unreal to me. I began painting the rest of the sky gold, starting off with a little bit then adding more and more, making it stand out more. I looked at the painting and I was finally satisfied with my utopia.

What I love about this piece so much is the contrast in colors. The buildings look almost dull and the sky has a way of pulling it all together along with the red. “Utopia” was a great name to me because it is also unexpected, like the golden sky. This city looks futuristic to me, which is what I envision a utopia being: calm, magical, and futuristic.

The tailor to the heart is a troubled soul…