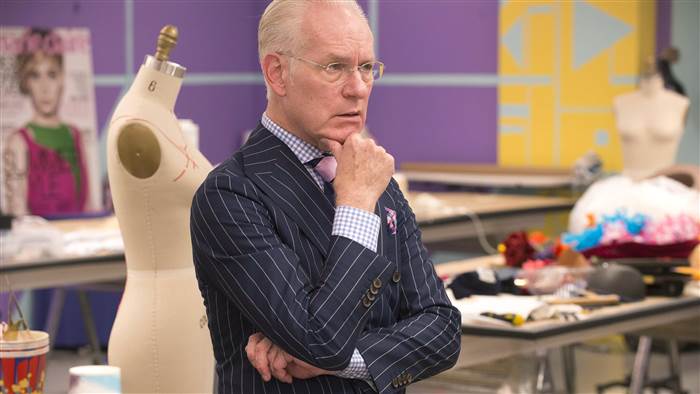 The “body positivity” movement may not be a new phenomenon, but after Tim Gunn’s recent Washington Post essay, it’s seen such a boost in relevance that it may as well be.

“The average American woman now wears between a size 16 and a size 18, according to new research from Washington State University,” the 63-year-old fashion consultant and TV personality wrote in an essay that slammed fashion designers for their role in dismissing the bodies of larger women.

“There is money to be made here ($20.4 billion, up 17 percent from 2013),” Gunn continues. “But many designers — dripping with disdain, lacking imagination or simply too cowardly to take a risk — still refuse to make clothes for them. This is a design failure and not a customer issue.”

Women who are larger than a size 12 shouldn’t be cast aside simply because designers don’t believe they can make clothes that will look good on them, he says.

“There is no reason larger women can’t look just as fabulous as all other women,” he writes. “The key is the harmonious balance of silhouette, proportion and fit, regardless of size or shape. Designs need to be reconceived, not just sized up; it’s a matter of adjusting proportions.”

He’s also quick to point out that moves to include plus-size women in fashion campaigns are generally “the exception, not the rule.” And even when they’re not done in poor taste, they often feel like “tokenism,” as he believed to be the case when designer Ashley Nell Tipton won this past season of Project Runway with her plus-size collection.

“I’ve never seen such hideous clothes in my life,” he explains. “… One judge told me that she was ‘voting for the symbol’ and that these were clothes for a ‘certain population.’ I said they should be clothes all women want to wear.

“I wouldn’t dream of letting any woman, whether she’s a size 6 or a 16, wear them. Simply making a nod toward inclusiveness is not enough.”

Bring on the Florals! Elegant Floral Dresses for a Summer Season

How to Feel Confident in Your School Uniform

What Your Halloween Costume Should be Based on Your Zodiac Sign

Top 15 Mistakes to Avoid in Choosing a College