The Truth About Your Voice on Social Media 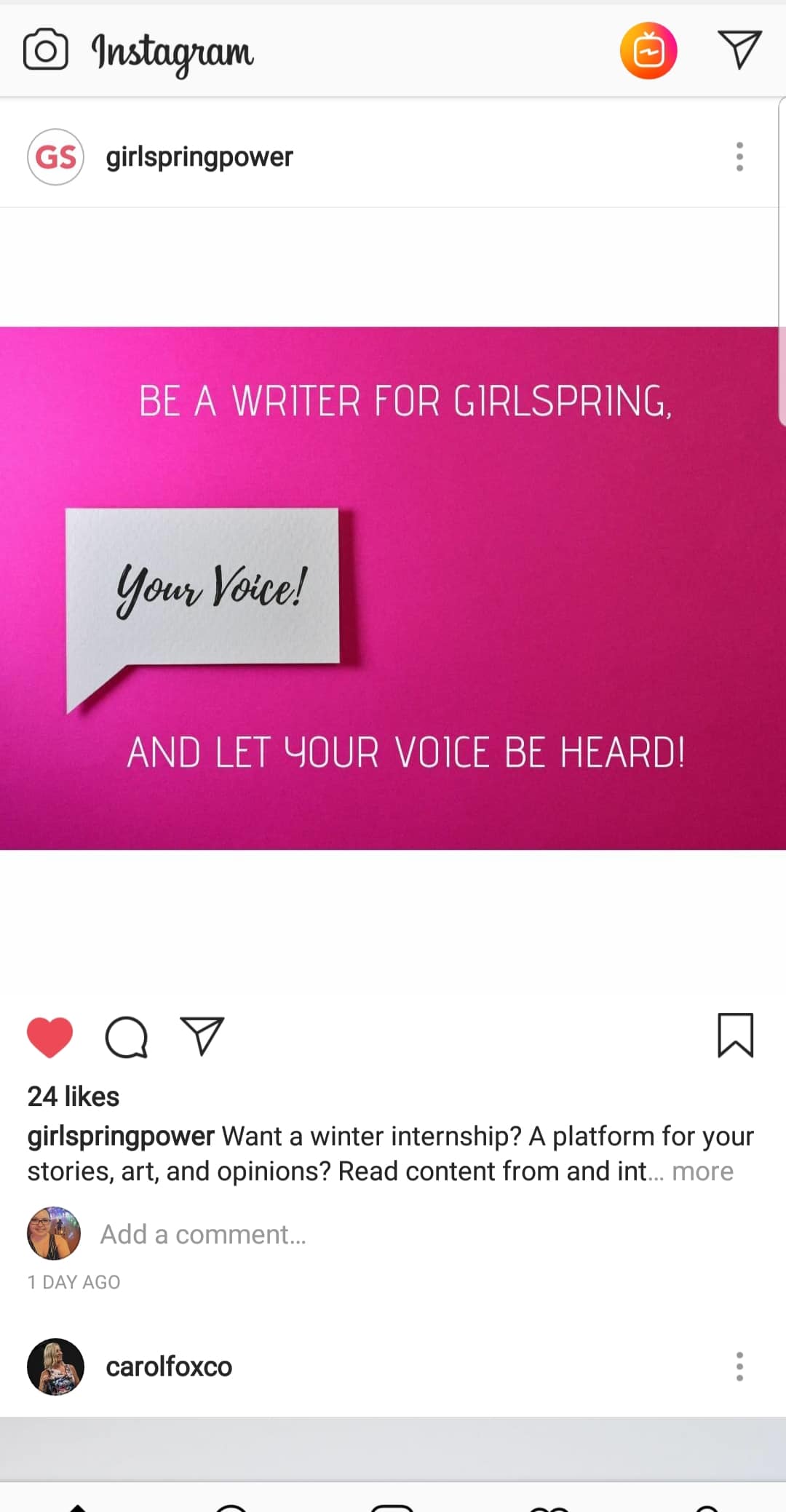 When I first started middle school, we passed notes on little pieces of paper until the paper was nothing more than a grey scale.

It was our version of texting. It was tedious and involved a system of people willing to pass them back and forth for you. There was always the risk that someone you didn’t want to see or read it would, but it was a risk we were willing to take.

I remember a girl in my sixth grade English class being made fun of in a series of notes. The class kept passing them back and forth for some hateful little girls without seeing the contents of what they were sharing. This went on for days, with the girls snickering in secret.

Then my teacher caught wind of the notes passing and halted one of their letters before it reached the second reader of the day. I won’t repeat what was said, but just know that the girl who the note was about left the room in tears. The mean girls looked horrified. They didn’t think what they were saying was that big of a deal.

They felt that there were no consequences for something that was written down versus spoken aloud. This would have been true if the teacher had never apprehended the letter. Or would it have been?

This brings me to the topic of Social Media. As our technology grows, so do the opportunities for communication. What was once a simple note in the classroom is now a string of characters on someone’s Twitter feed.

This gives more power to the speaker or texter. The words that are posted online are there for the public eye and will forever have a paper trail. With all chances to be good, there are equal amounts of chances to be bad. It is what balances the world, but it is something that does not have to support us. As a human race, we can choose to find other measures of entertainment and morals rather than basing them on being horrific to others.

Unfortunately, there is a sort of confidence boost when we don’t have to see the consequences of our actions.

Those girls from my sixth-grade class eventually apologized to the girl they hurt, and notes were banned from the classroom. But this did not stop people from sneaking more notes around. It did, however, change the mean girls’ opinions on what they put on paper.

With social media, there is no immediate action. Even if a series of posts are written concerning something hateful, it could take days before an adult does something to handle it. And too often do we hear that we should ignore our bullies and let them get away with it simply because we are “the better person.” A better person would let them know that what they are doing is wrong.

If they can use their platform to spit fire, then you can use yours to voice positivity.

If someone is mean to you on social media, try responding to them once with a heartfelt comment on why what they are saying is problematic for you. Then, seek adult advice or council. You are not what those people say about you. You are what you make of yourself.

It is okay to seek help from friends, family, or professionals when you are feeling uneasy about something. With so many paper receipts for posts today, there will always be evidence of how the other person hurt you. But in the end, it will affect when they try to get hired for a job. Or if someone is doing a character assessment?

Try to blend the idea of ignoring your bullies and facing them together. Give them a single response at the start, then move on with your life. If they realize that you aren’t going to bite, they may just get bored. But at least you will have publicly announced how terrible they are behaving and have addressed the issue before moving on.

If what people are saying about you online is getting deep beneath your skin, you are not alone.

Everyone experiences self-doubt, insecurities, and sometimes depression. It is up to you how to handle it when you face it. I will provide some links below that can help guide you through some tough social media situations. Hopefully, some of them will be relatable and helpful if you’re in this situation:

Some key tips for dealing with social media drama, whether it is being bullied or unfairly treated:

Remain professional or as adult-like as possible

Give short answers when your words become too aggressive

Cancel Culture is Toxic. Here’s why.

16 Simple but Sweet Lessons on Life

What You May Not Know About Teen Pregnancy

This Teen Star Developed an App for Google!