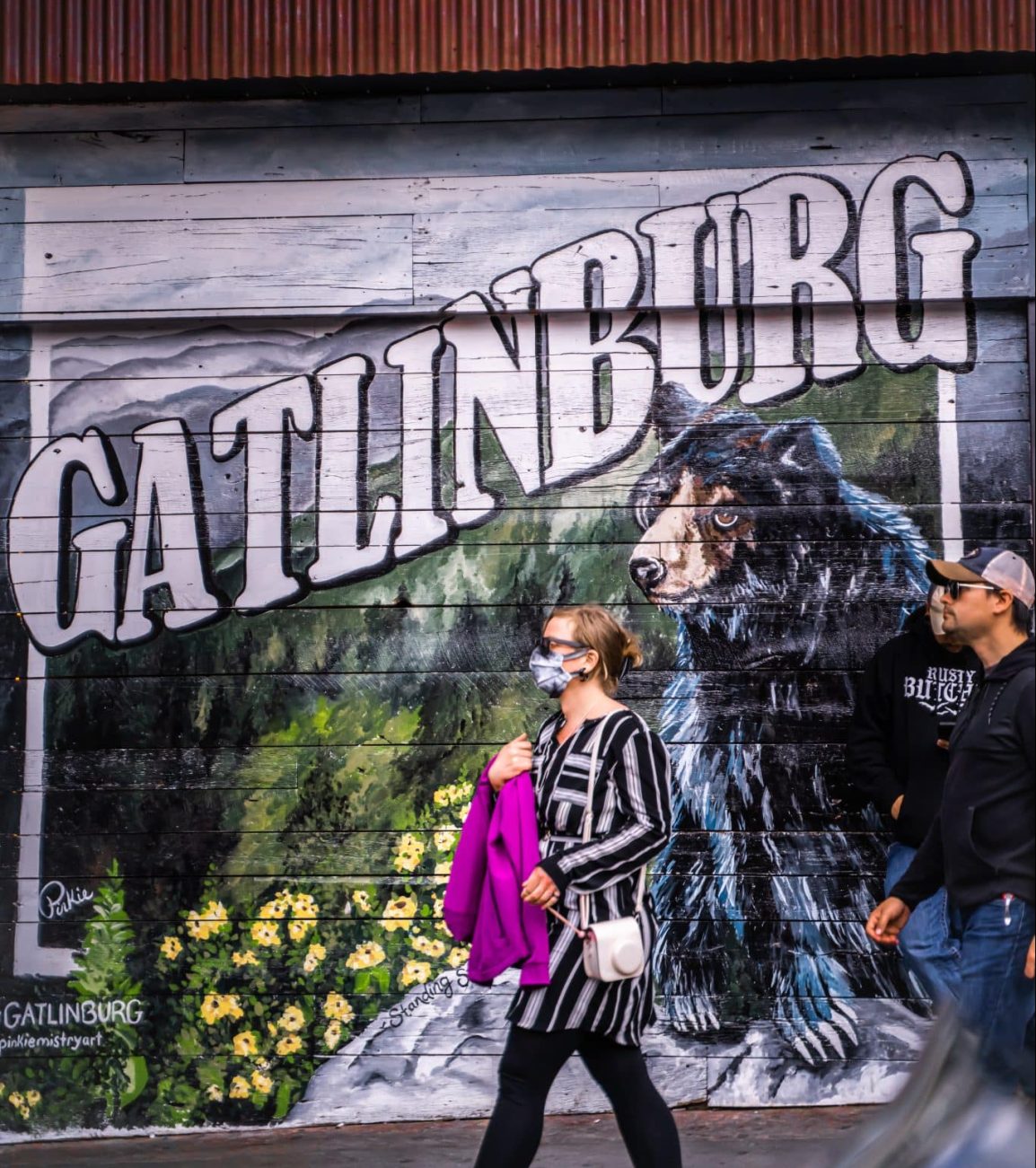 I was 13, and we were almost two years into the pandemic. We were in serious need of a getaway, so my parents decided to take a chance. It was the trip that my extended family had been planning for months. They rented out a huge cabin, planned an easy-but-fun itinerary, and we hit the road. It was close to Thanksgiving, and we were simply thankful to break out of our four walls. Where were we headed?

We left on Friday (almost a week before Thanksgiving) for an early holiday retreat. We were more excited than little children counting down ’til Christmas. Everyone left only after packing and repacking and running back and forth to check and double check the junk we were bringing. “Five hours ‘till Gatlinburg!” we all grinned as we pulled out of the driveway.

After a few hours of riding in the back seat, we were getting restless. Traffic worsened more by the hour. So our 5 PM arrival time quickly turned to 9:00 PM — which wasn’t so bad after all when you consider the views along the way. Chattanooga was beautiful. We were enthralled by the sky high buildings as we elevated above the mountain foothills.

We stopped at a Chick-Fil-A along the way and grabbed some grub. Then finally, we found the cabin – a luxurious, 3 story oasis tucked inside a curtain of beautiful fall foliage. It sat up high on a winding mountain road, with its bright lights welcoming us to our home away from home. It was HUGE! Papa and Grandma were already there along with our aunt, uncle, and favorite little cousin Rae.

We grabbed some quick hugs and kisses, rushed the suitcases in along with armfuls of extras, and ran around the massive cabin, claiming our territory along the way. Rae was a most gracious tour guide, giving us a 5-star tour of the grand house. The best part was the decked out basement. A kitchen. An oversized pool table. Cool bedrooms with comfy bunks. Big screen TVs in a sweet movie theater! You name it — this place had it . . . and we were here for it all.

Saturday morning, when we were decked out in coordinating pjs, we took pictures — spending almost an hour capturing the moment while we decided if we wanted to explore the city or keep enjoying the cabin. The sunrise was beautiful — as were the sunsets. The skyline was crowded with gorgeous mountains and huge trees tinted pink and purple by the rising sun. When noon hit, the moment we had been waiting for, we finally left the cabin. It was a little while, but sights of fun-sized shoppes and funny-looking donkeys made it all the better! Eventually hit the infamous Gatlinburg strip.

Fortunately, the traffic gave us time to soak everything up. Kids were running out of filled toy shops frantically, while their parents tried catching them. Families were walking down the sidewalks. Spectators hung out waving at friends and strangers on the famous sky-lift . The Ripley’s Believe it or Not museum was on one corner, and the next was a Baskin Robbins.  People came from the four corners of the earth to get a literal taste of Gatlinburg!

“Woahh!” and “wowww” were about all my siblings and I could mutter.

The strip was filled with small shops and big shops –  ice cream, carnival foods, souvenir shops, waffle houses (a ton of those), and so much more.

We drove across more mountains. We drove around the sweet forests. There were beautiful waterfalls pouring into long rivers along the Smoky Mountains. We even spotted a small flock of turkeys scurrying across the road to avoid becoming Thanksgiving dinner. Everybody came home tired, and we ended our day learning new TikTok moves and overdosing on Stranger Things.

We cooked great meals and consumed great portions of it. Papa was on breakfast duty while Grandma held down the dinners. We know that all good things come to an end, but not before trying our hands at hot cocoa bombs.

At the end of the night, my mom gave us each a sheet of paper to record our favorite things about the trip. She took us out early the next morning to the balcony pillars, twisted the top off so our letters could join dozens of others from handwritten by people far and near.  One where this kid said he was forced to come against his will and didn’t go outside until his mom took his Nintendo away.

Hopefully, someone will come along and read mine someday. They’ll read about how it was the best trip of the year and the best Thanksgiving ever! We came. we saw, and we were awfully overstimulated, but we’d do it again in a heartbeat; as a matter of fact, I think we should.