Taekwondo: The Art of Trying Something New 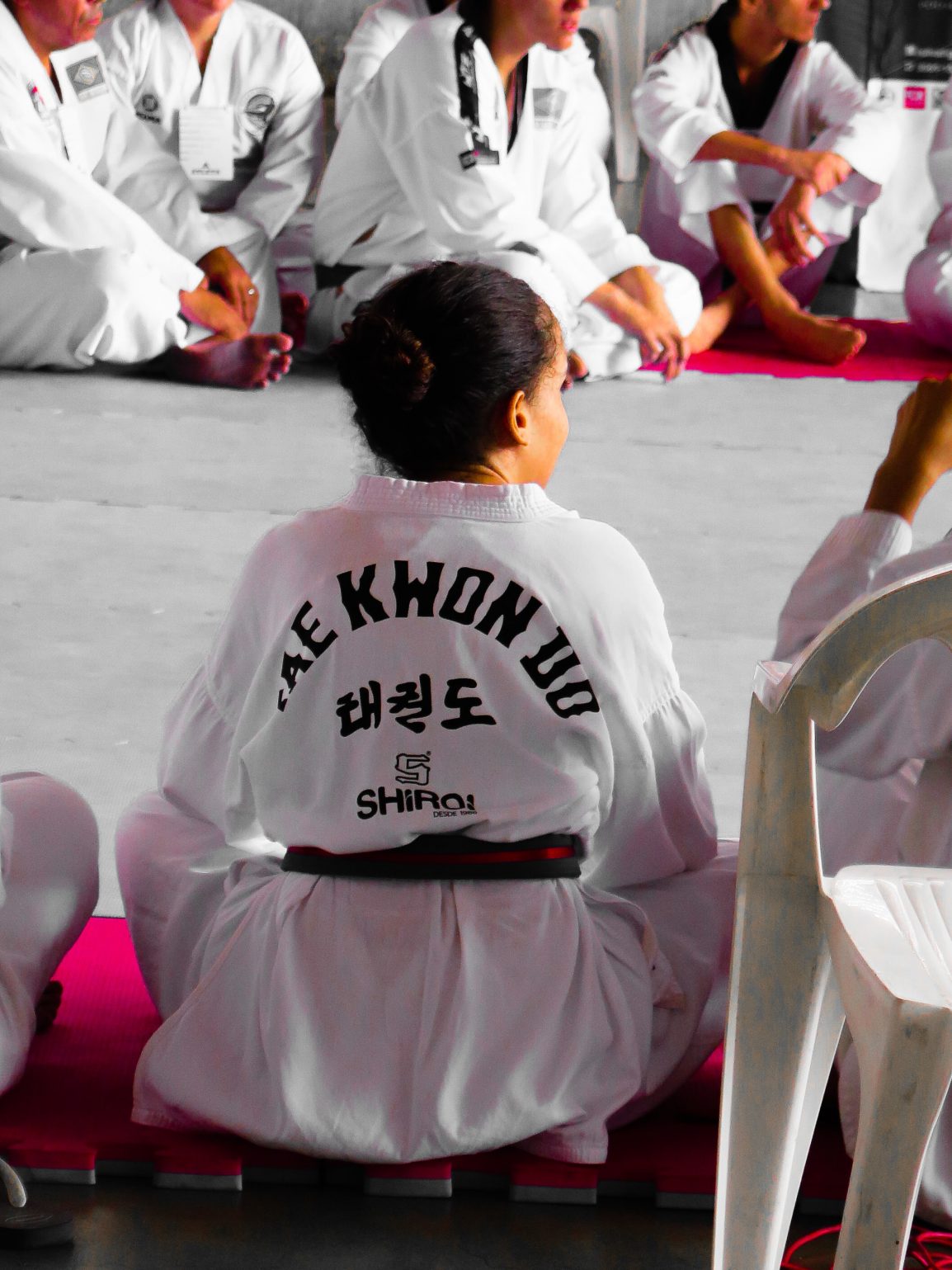 Over the summer, I spent a lot of my time watching Disney+. There was one show that I got really interested in – “Kickin It” from Disney XD. It was about this group of kids that took taekwondo together and how they grew closer because of it. While I was watching the scenes when the kids were practicing, I was really shocked at how much I realized that I wanted to learn how to do martial arts. So, I told my mom that I wanted to try to learn taekwondo, and she started to research. She found a dojo that was close to the house so we decided to give it a go. I brought some of my friends who were interested in doing it with me to the 10-day trial.

The first time I walked into the dojo, I started to panic. Everyone there looked so intense! I didn’t think that this was going to go well at all. My friends and I started to get nervous as we headed to the floor. When we got there, we saw the instructor. He looked to be in his early 20s maybe. When class started me and my friends were treated just like everyone else, no special treatment. As the class continued I started enjoying it more and more. I felt really strong while I was doing the trials.

However my friends didn’t feel the same way, none of them decided to stick with it and it kinda bummed me out. I still signed up to actually start classes. And I have to say that that was probably the best decision of my life so far.

It is so fun and even though none of my original friends stuck with it, I have made new friends. There is this one girl who always gives me a hug whenever she sees me and it really makes my day. I go to class two times a week.  I thought that the belts that were higher ranked than me would treat me differently but they are actually really nice. The instructors are also really good. They are nice and funny but they also want us to do the best we can and they push us to do so.

Taekwondo is a really beautiful art. We have to learn a form and that’s just our moves in a sequence that we have to memorize. Once it’s finished, it looks like a dance. You have to be graceful yet powerful to do taekwondo. Sometimes it is challenging but I didn’t give up. Right now I am a yellow belt and testing to get to the next belt is coming up and I can’t wait. When I think back on last summer, I realize that I wouldn’t have found something that I enjoy so much if I didn’t think about trying it or dropped it because my friends did. So, the next time you think that you might want to try something new go for it, it just might be the thing that you love the most.

How Can Young Women Feel Comfortable at the Gym?