The Many Faces of the “Smiling Woman:” Sylvia Plath and the Holocaust 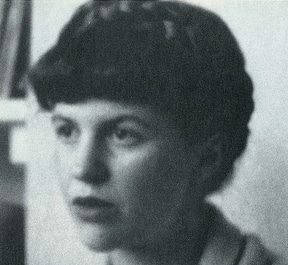 The Many Faces of the “smiling woman:” A Deeper Look into Sylvia Plath’s Chaotic Beauty and Grotesque Obsession with the Holocaust

Who is Sylvia Plath?

Sylvia Plath (1932 – 1963) was an American author best known for her books The Bell Jar, Ariel, and Colossus. Plath is famous for her disturbing, feminist literature as well as her fatal struggle with mental illness. While Sylvia Plath is credited as a forerunner in confessional poetry and remains one of the most famous female poets of the 20th century, for this essay, I will explore the lesser-known and more problematic “faces” of Sylvia Plath.

Ever since reading my first Sylvia Plath poem, I have been bewitched with her authored insanity. Over the years I have found her work and her display of chaotic emotion engrossing, her realness and nonsense a comfort. Sylvia Plath has always been the woman to inspire curiosity within me because, like every human, Sylvia Plath is complex. She is manic, yet calm. She is brilliant, yet distant from brilliance. At first read, Sylvia Plath is a genius, a magnificent feminist dripping in transfixed mortality. For my essay, however, I want to take a second to look not at the great, but at the grotesque.

Sylvia Plath is known for her dark writing, but what if there was yet another layer beneath that? While studying Plath’s poems, one will notice an undeniable pattern: references to the Holocaust. In Plath’s poem “Daddy,” she writes, “Chuffing me off like a Jew/ A Jew to Dachau, Auschwitz, and Belson/ …. I think I may well be a Jew” (Plath 75). In her poem “Lady Lazarus,” she whispers, “my skin/ Bright as a Nazi lampshade” (14). A part of Plath’s psychosis seems to revolve around the Holocaust and the horrific suffering it produced. Again, in her poem “Daddy,” she proclaims, “Not God but a swastika” (75). Her obsession at first is seemingly innocuous, but when one realizes that Plath was not Jewish, her obsession becomes unfailingly twisted. After comparing her own personal sufferings to that of which Jews and millions of others experienced during the Holocaust, Plath kills herself by gassing herself in an oven. That again, an act while tragic, has too many similarities with the messages she presented. She killed herself in a similar way to how thousands were murdered daily in concentration camps. Because of this, one must ask, what of this is coincidence, and what is purposeful?

To study the feminists, the warriors, and the magnificent, one must also study the devious, the problematic, and the flawed, as these traits can reside within the same woman. While Plath remains one of my favorite writers and greatest inspirations, in terms of writing, it is important to acknowledge that she was also extremely disturbed. To study women is to study the layers beneath, the raw complexities. It is easy to name a heroine, but it is hard to spin the sphere of a woman and study who she truly is—and not just where the light reflects. It is not Plath’s grotesque obsession with the Holocaust that entices me to study women, but rather the fact that her obsession exists alongside her legendary literary genius. It is discovering these complexities that sometimes depose our heroines, that inspires me to want to study further feminine ambiguities at the Women, Gender, and Representation Smith pre-college program this summer.

Check out this GirlSpring interview with author Megan McDonald.

The Skincare That Changed My Life