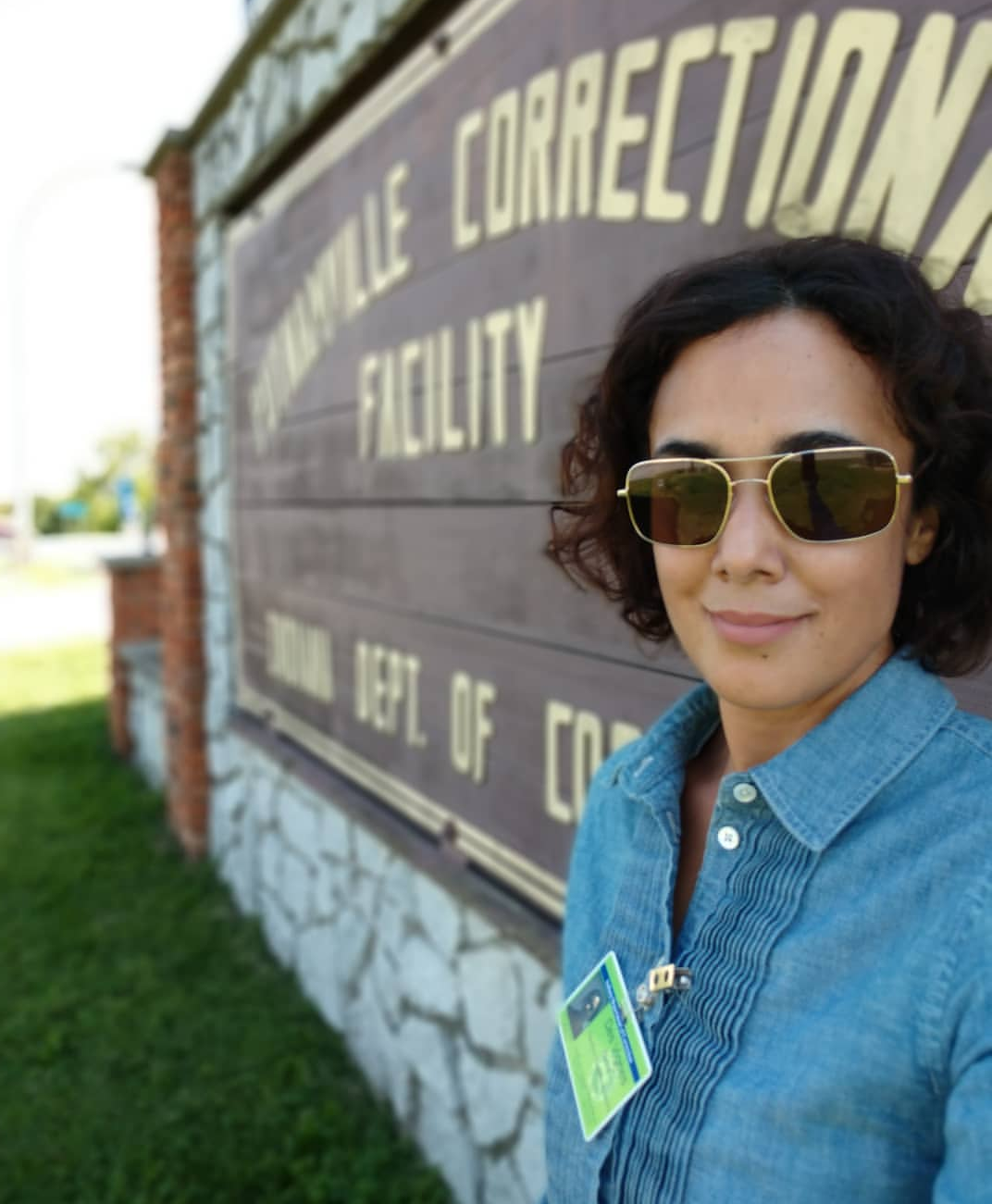 We are always on the lookout for Sheroes and stumbled across Debra Des Vignes and this very cool program and wanted to share!

1) Can you explain in layman’s terms what exactly is the Indiana Prison Writers Workshop?
Indiana Prison Writers Workshop is a not-for-profit whose mission is to improve the lives of those incarcerated through creative writing and expression. Through a 12-week curriculum volunteer instructors provide 15-minute writing prompts to prisoners on a range of topics and themes and share prose by literary greats like Langston Hughes, Mark Twain, and Maya Angelou. Each workshop includes discussion of the elements of writing and offenders read their work aloud and hear constructive criticism on their work. In between weekly classes, offenders spend time on bigger writing assignments. The goal is for them to use their critical-thinking skills and gain greater empathy by understanding differences through stories and experiences.

2) How did you get into this line of work?
I became interested in working with this underserved population after volunteering at a correctional facility. It was there that I could see the true power of words. I believed it could be transformative and healing for the men. And so, I began the creative writing workshop in October 2017, and was able to spend one-year working with the same group of offenders each week. It became a safe space. Since then, the program has spread into three Indiana correctional facilities – in partnership with Indiana Department of Correction – and my support team includes three talented and dedicated writing volunteers – who also bring in monthly guests such as poets, rappers, and community leaders. And while I no longer lead group workshops, I support the volunteers under the program who do and help share the written work produced in their classrooms.

3) What has been the most positive outcome of this experience for the participants?
To learn that people do believe in them and to see their achievements come out in the stories they write. We had one offender write a novel in prison and gave credit to the workshop for accomplishing this. I enjoy engaging with program followers who view the prisoners as talented and creative beings.

4) What has been the most rewarding part of it for you?
To see the glimmer of hope in a man’s eyes after he’s written or expressed something challenging or difficult to write about. To know these men can re-write their own life’s script. To watch a man leave the program better equipped to face the world.


5) What is your advice to girls who may have parents that are incarcerated – in terms of forgiveness?
Stay strong, but also find forgiveness and understanding in your heart. We all make mistakes; some are greater than others. Write about your pain or talk to someone.

6) Do you feel like you are personally ever at risk working with inmates?
No, they treat me with respect. It means a lot to them to be accepted.

7) What is your advice to girls who want to pursue non-traditional fields?
Follow the path you are most interested in and know that it’s OK to change the direction of your life at any time. Complacency is foreign to me. There’s risk in pursuing something new. Oftentimes, the things we’re most passionate about take us out of our comfort zone. It did for me. There was a lot of discomfort and growing pains until it evened out and I started to believe in my own work and see the value in it. Go all in! An offender once told me, “Go big or go home.” He was referring to a decision to get a tattoo – but you see my point. When I “went big” and started building the prison creative writing program – that’s when things really started to change for me. At first, I tried to run the program while holding down a full-time job. I’m also a wife, mother, and a boxer. I realized I couldn’t do it all. This must be a challenge all creatives face at some point as they enter a new space. It takes a good deal of inner-strength, grit, and perseverance. One may get disapproving eyes and/or feel the weight of making enough money. But know, we need more creatives in the world. We desperately need these game-changers.

Nigerian Poet Ben Okri in his book, “A Way of Being Free” wrote: “The artist should never lose the spirit of play. It is curious how sometimes the biggest tasks are best approached tangentially, with a smile in the soul.”

8) Did you ever see yourself doing this when you were in high school?
No. In high school I had no direction. I had no clear path, vision, or goal of what my future would look like. I was sort of a rebel. I was fortunate that in college (California State University Northridge) I was selected as an apprentice at ABC-7 News, a television news station in Los Angeles. It was there that my love for journalism began. I went on to work as a Television news reporter for a decade covering the crime and courts beat at different stations around the country. In a way, I was destined to do this work; to help offenders prepare for re-entry through writing – having covered crime for so long. You can’t break the cycle unless you head into the ring.

— Read their stories in a book I just published, Sunday Sweet Sunday, available on Amazon.

How to Deal With a Breakup

How To Be an LGBT+ Ally

A Review of “Mona Lisa Smile”