Review: the Iconic Women of the MET Gala and their Inspiration 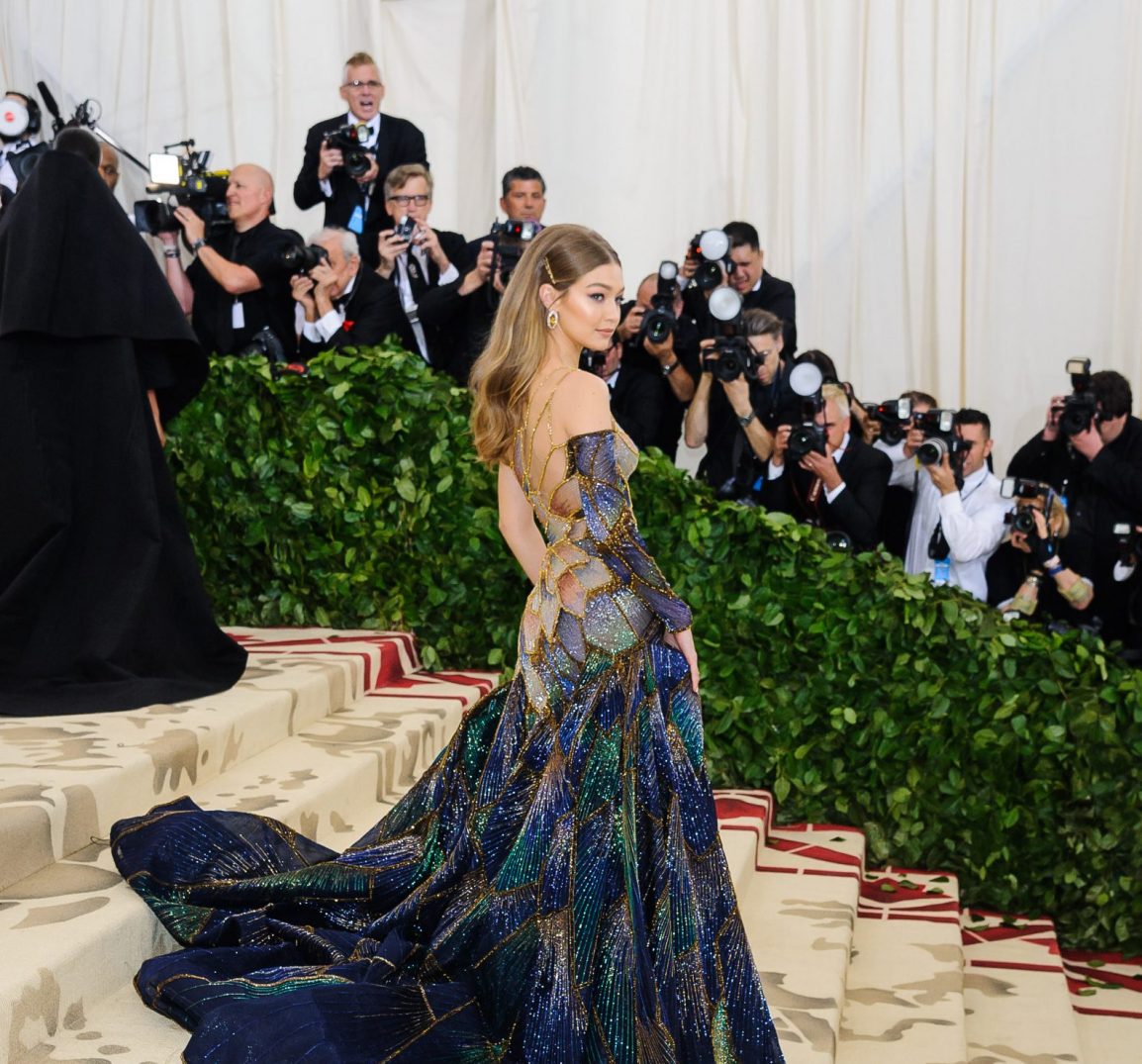 If you are into fashion, you might be like me, and that consists of being obsessed with the MET Gala every year. I love seeing the way so many people of different backgrounds display their take on the theme each year into such elaborate statement pieces. This year I was especially excited to see the looks since it got cancelled last year due to COVID, and two of my favorite celebrities, Timothee Chalamet and Billie Eilish, were co-chairs along with the amazing Amanda Gorman and Naomi Osaka. The MET Gala is a time for the guests and designers to show off how they portray fashion and beauty into a given theme. The 2021 theme was “In America: A Lexicon of Fashion”, and this was interpreted in so many ways that I was so excited to see it because I really did not know what to expect. Here is a breakdown of some of my favorites and the iconic women they were inspired by.

We can’t publish these great pics, but here is a link to some of the best ones!

Billie’s look was inspired by Marilyn Monroe who is one of the greatest American icons, and I think her dress executed it perfectly. Billie was one of the many people to take the theme into an old Hollywood design. She had a more nude-colored, long ball gown designed by Oscar de La Renta, and stereotypically, I think many people were so surprised because she is past known for her more baggy, “tomboy”-ish style. What really made the look too was the fact that just recently she went blonde, and how could you perfectly recreate Marilyn without being blonde?! I think I am with many people in saying she looked stunning, and as a co-chair, she met the expectations perfectly to start the night.

Kendall is one of the many every year known for their Met looks, and for me, she did not disappoint one bit. I absolutely loved Kendall’s diamond, sheer dress which was a tribute to Audrey Hepburn’s ball dress in My Fair Lady. It was made by one of her friends over at Givenchy and was a very accurate, yet modern portrayal of another American movie legend. Although she did not have a tiara, almost everything else was credited from Hepburn’s original dress into Kendall’s from the necklace, shoulder jewelry, and sleeves.

I am not going to lie, I did not know how she was at first, but I really loved her outfit. Her entire look was inspired by Jospheine Baker which I think was the perfect match. Her jewelry and hair were probably one of my favorite parts to tie together the whole look. The dress was custom Dior and really makes you do a double take to see all of the intricate details in every aspect of the look. The veil, gloves, and jewelry were all necessary to pull together such an amazing MET Gala appearance.

This one was not specifically specified on who Gigi was nodding towards in her Prada dress, but it was too gorgeous not to include. Hadid did say that it was a nod to the former first ladies in the 50s to 60s time period, leading us to believe the similarity to her dress and one of Jackie Kennedy’s. This dress was completely something I would wear if I had been in that position, in that it is simple but so elegant, and plus it does match the American fashion theme really well. Gigi had red hair that night which I thought looked so good on her and was such a statement to compliment her custom eyeshadow from the white and black simplicity of the rest of her look. Of course, she had lots of jewelry to go with it to really make it a true Met Gala outfit.

Although all of these listed are my favorites, I especially loved Emily Blunt’s. Her dress and gorgeous headpiece was inspired by Hedy Lamar in Ziegfeld Girl, meaning she was one of the many tributing old Hollywood. Even though she is British, Blunt did such an amazing job representing America and its fashion throughout the ages. I think what was so good about this outfit was that it was clearly fit for the Met Gala. If a headpiece is done right, I am always supporting the outfit because I think they are so perfect for the occasion, and I am just obsessed with Emily’s. There was so much glitter and shine to be seen in such a classy, modern take, and her makeup was so clean.

I could gush into so much detail about everything I loved in each outfit, and there are so many people that did so well with this theme. I love the empowerment that the women feel when they are able to walk the carpet with their designs, and it was so cool learning about their inspirations from this year. Overall, I was not disappointed in the least. Some more iconic tributes: Kaia Gerber recreated Bianca Jagger’s 1981 Met Gala dress, Amanda Gorman’s dress was a take on the Statue of Liberty, Gemma Chan in an almost identical outfit from Anna May Wong, and Jennifer Hudson’s similarity to Aretha Franklin. A few of my other notable favorites were of course Rihanna, Lili Reinhart, Emma Chamberlain, Nikkie de Jager, Anok Yai, Lorde, Carolyn Maloney, and many more.

From Motivation to Mindset: Shift your Mindset from Summer to School

The Unknown – An Original Poem by Corra M.