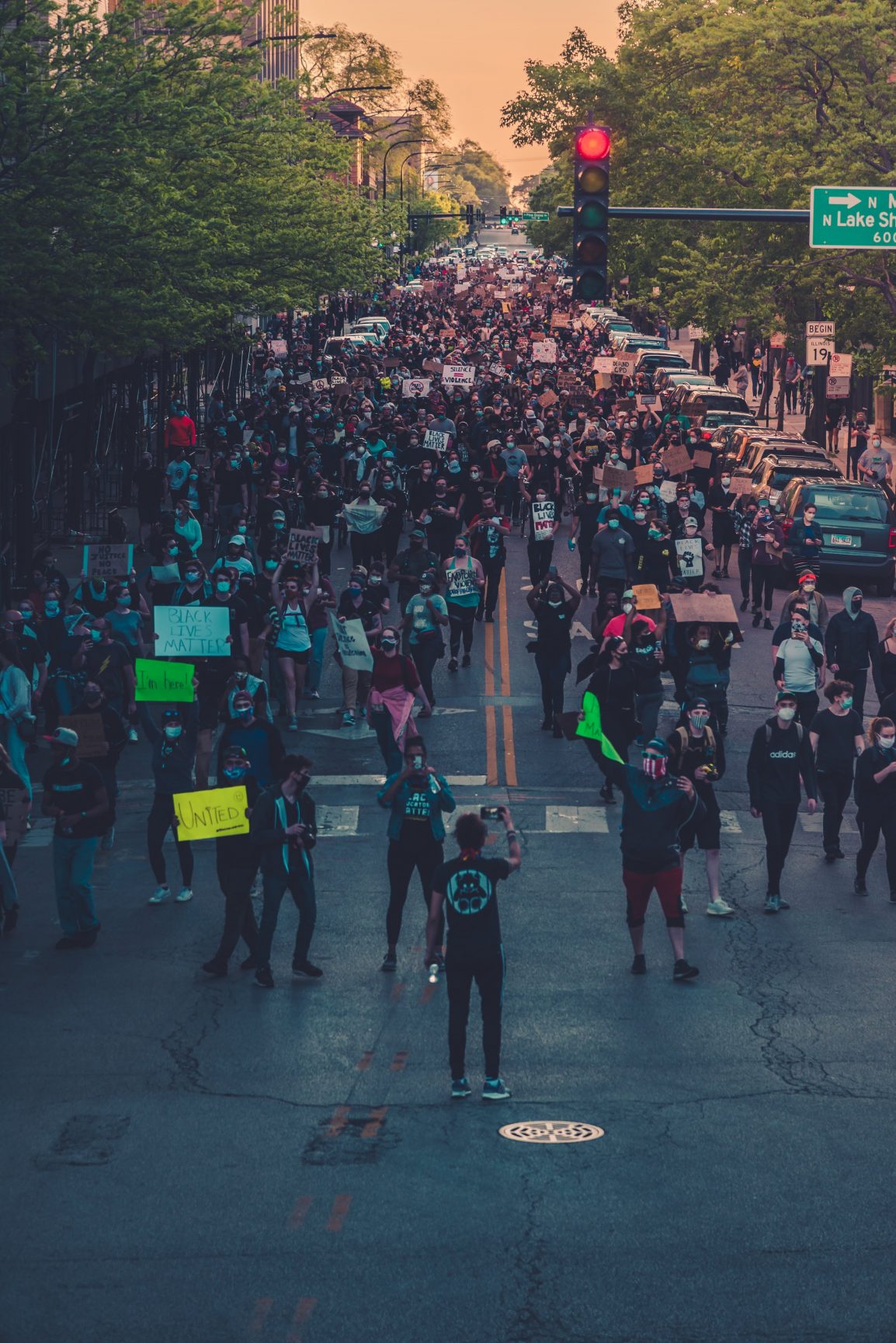 Most Americans Haven’t Witnessed Extreme Protests; I Have

As a white person, I can in no way speak on black experiences in America. Nor do I understand what it is like to be black in this country. However, I have a unique perspective on protests from my time spent in Chile. I have noticed some similarities that I think are extremely important to keep in mind.

I keep thinking about the similarities between the Minneapolis protests and the Chilean protests I witnessed. Last fall, I studied abroad in Valparaíso, Chile for five months. I feel like I could draw a timeline of events for each situation, and every stage would match up between the two cases. From tip of the iceberg, to the underlying systemic injustices. From the protests breaking out into riots, to outside groups worsening the violence on purpose. As well as teargas and rubber bullets used on protesters by police, curfew, and insurrection.

I also made some photo collages showing the similarities between the two cases, but I can’t publish them due to copyright.

I hesitated to share them because I don’t want to focus on the so-called “violence”. We must remember that in both cases, people have been peacefully protesting the issues at hand for decades with little to no change. (If you are unfamiliar with the Chilean protests, I have written about them here.) When peaceful protests fall on deaf years for so long—that’s when people have no other choice.

Additionally, in both cases, there there are people from outside groups (even sometimes the police, in Chile) who have purposefully aggravated the looting and burning of property to worsen the violence and damage public opinion of the protests. So remember that the vast majority of protesters aren’t violent, and not all (or most) of the violence you see is even at the hands of those protesting.

The point of this comparison is not to say “look at the violence.”

Another stark comparison between the Minneapolis and Chilean protests is the violence against protesters at the hands of the police. In both cases, they police have used teargas and rubber bullets against mostly peaceful protests. In both cases, the police arrest and detain people who were simply exercising their right to demonstrate. And let’s not forget that both eruptions of protests stemmed from long histories of violence—violence at a much larger scale than looting supermarkets. In the United States, this violence is the killing of innocent black people.

In Chile, a long and brutal dictatorship

However, In Chile, the massive protests actually led to hope for change. The government agreed to begin rewriting the Chilean constitution. (The current is from Pinochet, the dictator who killed, tortured, detained, and made disappear hundreds of thousands of Chileans.) Chileans had been protesting the country’s inequities for thirty years, and nothing changed—until they forced to government to listen.

While I do not condone violence of any kind, there is a breaking point—and in Chile, it worked.

Americans oftentimes look at violent situations in places like Latin America and say, “That could never happen here”. We believe our democracy protects us from the political unrest that many other countries have. Some Americans even look down on other countries that have suffered through horrible dictatorships and oppression (that the United States has oftentimes supported and even put in place) and call those countries undemocratic and unstable. Well, now this level of social unrest is happening here, because our democracy is, in practice, not very democratic.

And if the similarities between Minneapolis and Chile continue, the violence from the police against protesters may worsen.

The President of the United States of America just endorsed the outright murder of civilians exercising their right to protest. In a recent tweet, he quoted that, “When the looting starts, the shooting starts”. Meanwhile, the cause of the protests is murder of black people, which has been happening since the beginning of this country. I would encourage everybody watching the Minneapolis protests to think about what democracy means to them, and whether the President encouraging the shooting of his own people is it. Additionally, take a minute to think about the value being placed on property (especially capitalist corporations, rich from looted labor, built on looted land) over actual human life.

The four police officers involved in the murder of George Floyd have been arrested and charged, but not yet convicted. And the police continue to have some of the strongest unions and political power in the nation. While some entities have pledged to divest from the Minneapolis Police Department and the Minneapolis City Council has pledged to defund MPD, Mayor Jacob Frey has refused to adopt this stance and no such promises have been made in any other cities. Authorities choosing to condemn the violence of protesting before condemning the violence that initiated this, is very telling.

The Pros and Cons of Quarantine

Y2K: The trend that’s back and cuter than ever