Forming Your Own Opinion 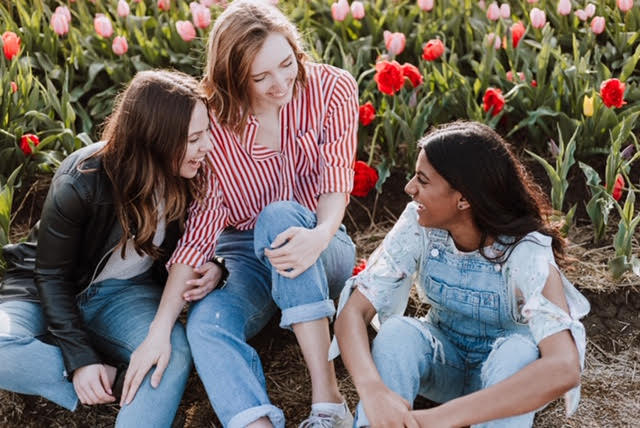 Reminder: It is O.K. to Have Your Own Opinion

Even if we all just have to agree to disagree.

From technological advances and scientific discoveries to controversial politics and social progress– we are witnessing history in the making. The significant increase in social media and other platforms in the past 15 years allow us to access sources and opinions from people of all backgrounds. However, I have noticed a problem within the fibers of our media-centered country:

I think people have forgotten what an opinion is and why we, as citizens of a democracy, are entitled to have one.

An opinion is a view formed about something that does not necessarily have to be based on fact or knowledge. However, in today’s society, we need to focus more on supporting our opinions with facts as well as respecting those who have different perspectives than we do. People typically formulate opinions and ideas based on their own backgrounds and views. Therefore, we tend to forget that our own lives are different from others. Opinions are typically relative to one’s own socioeconomic status, religious beliefs, and the people surrounding them.

Your opinion is subject to change based on your values and experiences. So, you should learn how to properly create your own opinions at a young age in order to remain well-informed in a nation that appears to be unable to agree on anything.

How to Create Your Well-Informed Opinion: Do the Research!

The first step you should take in order to categorize your primary attitude towards politics is to figure out where you lie within the political spectrum.

Here’s a Crash Course that explains what Political Ideology is and  what your’s may be:

Second, it is necessary to research all aspects of the political spectrum as well as other religions in order to fully understand other people’s values and beliefs. Being ignorant only creates more bias. Over time, bias can turn into hate. It is okay to disagree with one another. But, it is better to have at least a foundational knowledge of many cultures, religions and political labels in order to be able to create your own ideas.

Having a calm and well-informed conversation with those who disagree with you is much more productive than name-calling and assuming they are “wrong.” These discussions will enable you to either further solidify your own beliefs, or, at the very least, begin understanding others’ perspectives.

A part of being a mature and fair individual is respecting the beliefs and values of others, even if some people embody everything that you disagree with.

Keep in mind that there is a difference between expressing a well-formed opinion and being hateful. Constructing and maintaining one’s own morals is crucial and should be encouraged in our society as long as it does not lead to intentional violence or harm to one another.

I’m here to remind you that it is okay to think differently. You are not always going to agree with your best friends, family, or your significant other. Do not succumb to the influence of others just because you want to satisfy them. Your opinion has value. But, so do those of the people around you. And don’t you forget it, because society seemingly has already.

Having political beliefs and opinions is part of being an active citizen. Here are three ways that you can be a better citizen.

Maddie Hand is a rising junior at Auburn University, majoring in Communications. She is also a Summer 2019 blogging intern for GirlSpring! A few of her favorite things are hanging out with friends, listening to podcasts, standup comedy, and shopping. Maddie believes it is important to support and educate young women today in order for change to happen tomorrow!