Figure Skating Champion Speaks Out on the Russian Olympic Ban 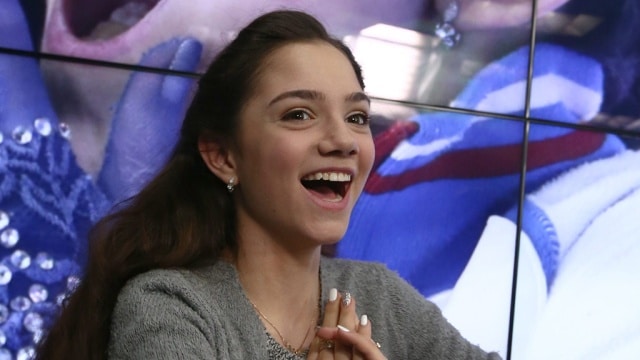 Earlier this past December, the International Olympic Committee decided that due to past instances of systematic doping, Russian athletes would not be able to compete under their own flag at the 2018 Winter Olympic Games in Pyeongchang, South Korea. Although they are giving clean athletes that ability to compete as neutrals under the Olympic flag, many are upset by this decision, calling it unfair to the clean or new Olympic athletes because it deprives them of the same right that other clean competitors get; the right to represent their own country.

One such athlete who has come forward to discuss this issue is the two-time World Champion figure skater Evgenia Medvedeva. This would be Evgenia’s first chance to compete at the Olympics, since she was too young to compete in Sochi four years ago, but now she is having to weigh her options: compete under a neutral flag and possibly win the Games, or skip out on the most prestigious competition of her life because of the actions of her other teammates four years ago. As the World, National, Grand Prix champion, and current world record holder, Evgenia was a favorite to take the gold medal at the Olympics, but due to the Russian ban, she may not even be able to compete.

Evgenia gave a short press conference about the ban early in December. In her speech, she was quick to call the ban unfair. “In 2014, I was 14 years old,” she says. “I was not even old enough to make the senior national team of my country… I do not understand why I and my Russian teammates can lose this chance.” Medvedeva, although she is still undecided, has said that she cannot accept competing under the neutral flag. She told the press she is “proud for [her] country, it is a great honor to let [her] represent it at the [Olympic] Games.”

She concluded her speech by saying “everyone has dreams, and you probably already had a chance to fulfill your own. Let me do the same!” This is the sentiment felt by most other Russian Olympic hopefuls, and now time will tell if the Olympic Committee let Russia compete, or if anyone will go under the neutral flag.

Luck of a Draw: How I Discovered my Passion for Writing