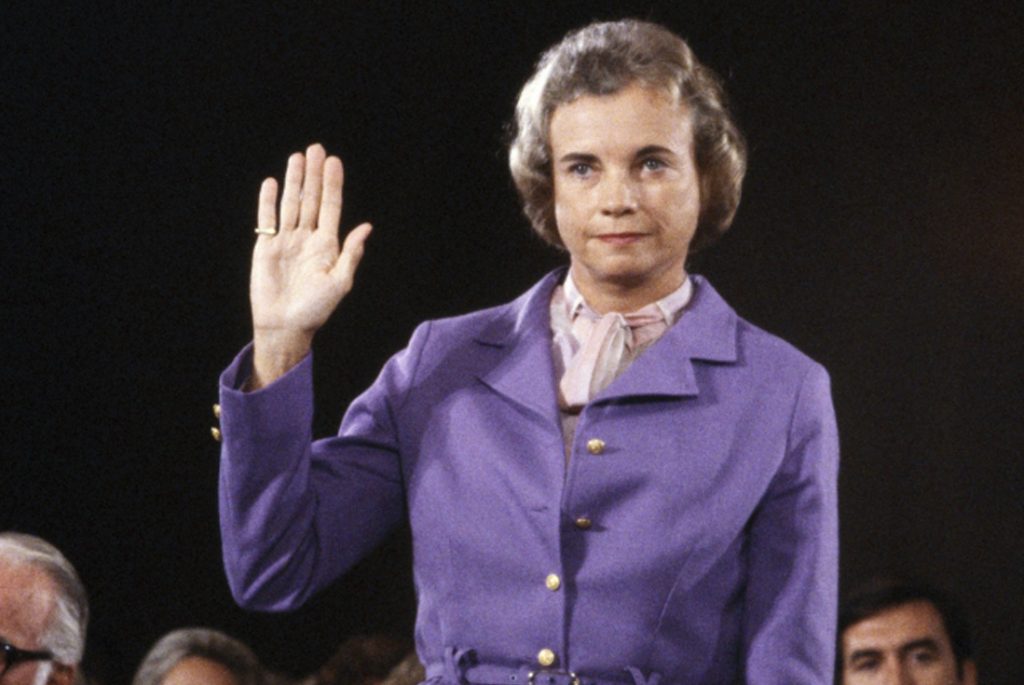 American women’s history has been full of pioneers: Women who fought for their rights, worked hard to be treated equally and made great strides in fields like science, politics, sports, literature and art. These are just a few of the remarkable accomplishments that historians not to mention people across the United States celebrate.

What “Famous Firsts” will American women achieve next?

In July 1848, some 240 men and women gathered in upstate New York for a meeting convened, said organizers, “to discuss the social, civil, and religious condition and rights of women.” One hundred of the delegates–68 women and 32 men–signed a Declaration of Sentiments, modeled on the Declaration of Independence, declaring that women, like men, were citizens with an “inalienable right to the elective franchise.” The Seneca Falls Convention marked the beginning of the campaign for woman suffrage.

Wyoming Territory is first to grant women the vote, 1869

In 1869, Wyoming’s territorial legislature declared that “every woman of the age of twenty-one years, residing in this territory, may at every election…cast her vote.” Though Congress lobbied hard against it, Wyoming’s women kept their right to vote when the territory became a state in 1890. In 1924, the state’s voters elected the nation’s first female governor, Nellie Tayloe Ross.

The 26-year-old Morgan had already earned a degree in civil engineering from Berkeley, where she was one of just 100 female students in the entire university (and the only female engineer). After she received her certification in architecture from the Ecole de Beaux-Arts, the best architecture school in the world, Morgan returned to California. There, she became the first woman licensed to practice architecture in the state and an influential champion of the Arts and Crafts movement. Though she is most famous for building the “Hearst Castle,” a massive compound for the publisher William Randolph Hearst in San Simeon, California, Morgan designed more than 700 buildings in her long career. She died in 1957.

In October 1916, the nurse and women’s-rights activist Margaret Sanger opened the first American birth-control clinic in Brownsville, Brooklyn. Since state “Comstock Laws” banned contraceptives and the dissemination of information about them, Sanger’s clinic was illegal; as a result, on October 26, the city vice squad raided the clinic, arresting its staff and seizing its stock of diaphragms and condoms. Sanger tried to reopen the clinic twice more, but police forced her landlord to evict her the next month, closing it for good. In 1921, Sanger formed the American Birth Control League, the organization that eventually became Planned Parenthood.

Edith Wharton is the first woman to win a Pulitzer Prize, 1921

Wharton won the prize for her 1920 novel The Age of Innocence. Like many of Wharton’s books, The Age of Innocence was a critique of the insularity and hypocrisy of the upper class in turn-of-the-century New York. The book has inspired several stage and screen adaptations, and the writer Cecily Von Ziegesar has said that it was the model for her popular Gossip Girl series of books.

For almost 50 years, women’s-rights advocates like Alice Paultried to get Congress to approve the amendment; finally, in 1972, they succeeded. In March of that year, Congress sent the proposed amendment–“Equality of rights under the law shall not be denied or abridged by the United States or by any state on account of sex”–to the states for ratification. Twenty-two of the required 38 states ratified it right away, but then conservative activists mobilized against it. (The ERA’s straightforward language hid all kinds of sinister threats, they claimed: It would force wives to support their husbands, send women into combat and validate gay marriages.) This anti-ratification campaign was a success: In 1977, Indiana became the 35th and last state to ratify the ERA. In June 1982, the ratification deadline expired. The amendment has never been passed.

Amelia Earhart is the first woman to cross the Atlantic in an airplane, 1928

After that first trip across the ocean, which took more than 20 hours, Earhart became a celebrity: She won countless awards, got a ticker-tape parade down Broadway, wrote a best-selling book about her famous flight and became an editor at Cosmopolitan magazine. In 1937, Earhart attempted to be the first female pilot to fly around the world, and the first pilot of any gender to circumnavigate the globe at its widest point, the Equator. Along with her navigator Fred Noonan, Earhart successfully hopscotched from Miami to Brazil, Africa, India and Australia. Six weeks after they began their journey, Earhart and Noonan left New Guinea for the U.S. territory of Howland Island, but they never arrived. No trace of Earhart, Noonan or their plane was ever found.

The big secret in life is that there is no big secret. Whatever your goal, you can get there if you’re willing to work.

Perkins, a sociologist and Progressive reformer in New York, served as Franklin D. Roosevelt’s Secretary of Labor. She kept her job until 1945.

Women had been playing professional baseball for decades: Starting in the 1890s, gender-integrated “Bloomer Girls” teams (named after the feminist Amelia Bloomer) traveled around the country, challenging men’s teams to games–and frequently winning. As the men’s minor leagues expanded, however, playing opportunities for Bloomer Girls decreased, and the last of the teams called it quits in 1934. But by 1943, so many major-league stars had joined the armed services and gone off to war that stadium owners and baseball executives worried that the game would never recover. The All-American Girls Professional Baseball League was the solution to this problem: It would keep ballparks filled and fans entertained until the war was over. For 12 seasons, more than 600 women played for the league’s teams, including the Racine (Wisconsin) Belles, the Rockford (Illinois) Peaches, the Grand Rapids (Michigan) Chicks and the Fort Wayne (Indiana) Daisies. The AAGPBL disbanded in 1954.

The FDA announces its approval of “The Pill,” the first birth-control drug, 1960

In October 1959, the pharmaceutical company G.D. Searle applied for a license from the federal Food and Drug Administration to sell its drug Enovid, a combination of the hormones estrogen and progesterone, for use as an oral contraceptive. FDA approval was not guaranteed: For one thing, the agency was uncomfortable with the idea of allowing doctors to prescribe drugs to healthy people; for another, the young bureaucrat assigned to the case was fixated on moral and religious, not scientific, objections to the pill. Despite all this, Enovid was approved for short-term use in October 1960.

Guthrie was an aerospace engineer, training to be an astronaut, when she was cut from the space program because she didn’t have her PhD. She turned to car racing instead and became the first woman to qualify for the Daytona 500 and the Indianapolis 500. Mechanical difficulties forced her out of the 1977 Indy race, but the next year she finished in ninth place (with a broken wrist!). The helmet and suit that Guthrie wore in her first Indy race are on display in the Smithsonian Institution in Washington D.C.

President Ronald Reagan nominates Sandra Day O’Connor to be the first woman on the Supreme Court, 1981

O’Connor was confirmed that September. She did not have much judicial experience when she began her Supreme Court term—she had only been a judge for a few years and had never served on a federal court—but she soon made a name for herself as one of the Court’s most thoughtful centrists. O’Connor retired in 2006.

At the 1984 Summer Games in Los Angeles, Joan Benoit (today known as Joan Benoit Samuelson) finished the first-ever women’s marathon in 2:24.52. She finished 400 meters ahead of the silver medalist, Norway’s Grete Waitz.

Manon Rheaume is the first woman to play in an NHL game, 1992

Manon Rheaume, a goalie from Quebec City, Canada, was no stranger to firsts: She was well-known for being the first female player to take the ice in a major boys’ junior hockey game. In 1992, Rheaume was the starting goalie for the National Hockey League’s Tampa Bay Lighting in a preseason exhibition game, making her the first woman to play in any of the major men’s sports leagues in the U.S. In that game, she deflected seven of nine shots; however, she was taken out of the game early and never played in a regular-season game. Rheaume led the Canadian women’s national team to victory in the 1992 and 1994 World Hockey Championships. The team also won silver at the 1998 Olympics in Nagano, Japan.

In January 1997, the international-relations expert Madeleine K. Albright was sworn in as the United States’ 64th Secretary of State. She was the first woman to hold that job, which made her the highest-ranking woman in the federal government’s history. Before President Bill Clinton asked her to be part of his Cabinet, Albright had served as the country’s Permanent Representative to the United Nations. In 2004, Condoleezza Rice became the second woman–and first African-American woman to hold the job. Five years later, in January 2009, the former Senator (and First Lady) Hillary Rodham Clinton became the third female Secretary of State.

Kathryn Bigelow becomes the first woman to win an Oscar for Best Director, 2010

The American film director Kathryn Bigelow’s 2008 film “The Hurt Locker” garnered six Oscars on March 7, 2010, including the Academy Awards for Best Director and Best Picture. Written by Mark Boal, a former journalist who covered the war in Iraq, the movie follows an Army bomb squad unit as they conduct dangerous missions and battle personal demons in war-torn Baghdad. Bigelow, whose previous films include “Strange Days” and “Point Break,” was the first woman to take home the Best Director distinction. She triumphed over her former husband, James Cameron, whose science fiction epic “Avatar” was another presumed front-runner.

On July 26, 2016, the former first lady, U.S. senator and secretary of state was officially nominated as the Democratic nominee, becoming the first woman from a major party to achieve that feat. Clinton had previously mounted an unsuccessful presidential campaign in 2008 (before losing to Barack Obama in the Democratic primary), and fought off a strong challenge by Vermont Senator Bernie Sanders in 2016 before clinching the glass ceiling-breaking nomination.

The 10 Best Places To Find Prom Dresses For Cheap