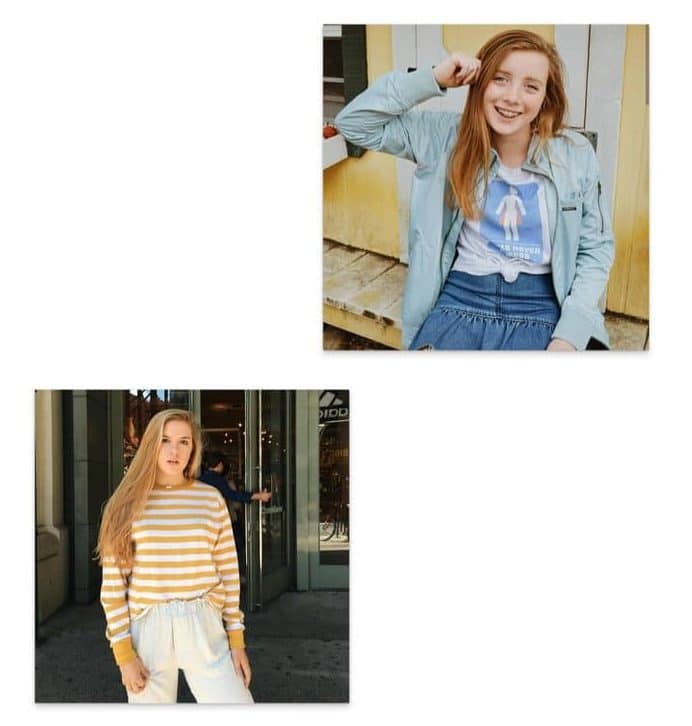 We had the honor of interviewing these two amazing young ladies, Olivia Bokesch and Callan Burton-Shore, the co-founders of Faces of Feminism after discovering them on Instagram. Their website, https://facesofeminism.org features tons of interviews with people who are asked to speak about what feminism means to them.

Can you tell us why you wanted to start this project?

We wanted to start this project because we experienced daily dismissal of feminist issues by people who think the cause does not pertain to them. The group that we saw this in the most was men because they often think they can’t be feminists since the traditional definition of feminism is about equal rights for womxn. We want men and others to understand that just because they have the privilege to ignore the feminist cause, does not mean they cannot still support a progressive movement for womxn’s rights. Another group that often distances themselves from feminism is the queer community, especially non-binary people, femmes, and trans women. This is because these people have historically been excluded and in some cases oppressed by feminists. We want Faces of Feminism to not only teach less educated activists about intersectional feminism and privilege, but make a space where people of all genders, sexual orientations, cultures, ethnicities, races, and levels of ability can be included in the fight for justice, especially those people who have been historically oppressed within the movement. Ultimately, we started this project to change the face of feminism.

Can you tell us in your own words what you think feminism is and isn’t?

Olivia: Feminism is a progressive movement of open-minded, but not always like-minded people. Feminism changes over time to become more intersectional and include new definitions of what being a woman/femme/non-binary person means and to include their lifestyles.  Feminism is not made for only one gender to take part in and is not made to make anyone in the human race better than another. At its core, feminism is the equality of genders, and at its peak, feminism is the equality of all humankind.

Can men be feminists?

Callan: Men can absolutely be feminists. We try to get as many men involved with FOF as we possibly can! It’s a total misconception that men can’t be feminists, and it’s similar to the misconception that white people can’t fight racism. However, just like it must be when white people act against racism, when men are feminists they must take a step back and let womxn speak/act first. In every instance of inequity, there is the oppressor and the oppressed, so to be a good ally/ feminist when you are the oppressor, you must realize that the oppressed group has been fighting this war far longer than you have, and you must let them take center stage.

Olivia: Men can be feminists because anyone can be a feminist! One of the central goals of FOF, is to teach others that you don’t have to be a cisgender woman to fight for equal rights in the name of feminism. However, like Callan said, it is important for men to know when to take a step back and listen to womxn and let them take charge of their own rights.

Who are some feminists you admire both from history and from modern day?

Callan: I admire activist Mona Chalabi who uses her knowledge as a data analyst to prove that injustice still exists (in spades) in the world. She makes extremely creative and captivating graphics to the present the data. I also admire Marsha P. Johnson. She was a black, transgender activist who fought in the Stonewall riots and started one of the first organizations to support non-binary and transgender youth. Lastly, I admire Stacey Abrams because she has made strides in a state that often turns red in elections. She also always prioritizes womxn’s and marginalized community issues, despite the challenges she faces as a black woman in politics.

Olivia: A feminist I admire from history is the writer and black queer activist, Audre Lorde. She helped to kickstart a new wave of intersectional feminism that involves any and every womxn. I highly recommend the book Sister Outsider, a collection of her personal essays and poems. A modern feminist I admire is Rebekah Bruesehoff, a 12-year-old transgender girl. After having the privilege to see her speak, I was moved to become a better and stronger ally for the LGBTQ+ community. Her powerful story and voice is constantly used to further equality for all, something this world could use a bit more of.

Callan: I think full equality is a long way away, but it is important to celebrate the little successes along the way. Examples of these successes will be when equal pay is established, when queer individuals are given access to all rights and resources they need, when there is representation of ALL marginalized groups in media, when the disabled community is seen and heard, when disproportional gun violence affecting POC communities is eliminated, and when religions, such as Islam, and their places of worship are respected fully. Ultimately though I believe that it is equity, not equality, we should be striving for.

Olivia: Full equality is a one step forward, two steps back type of deal. Progress is gained and lost daily, especially under the current United States government administration. Although it is more likely than not that the world will never reach it, full equality starts when the privileged acknowledge their historical oppression of minorities, like slavery, as well as acknowledging that many systems this world is built off of systematically oppress and take advantage of marginalized groups. Equal rights for all will take many more decades of unlearning and relearning the world as we know it today.

Women Who Fought for the Vote

The Relevance of Calvin and Hobbes Today: Corruption in the News