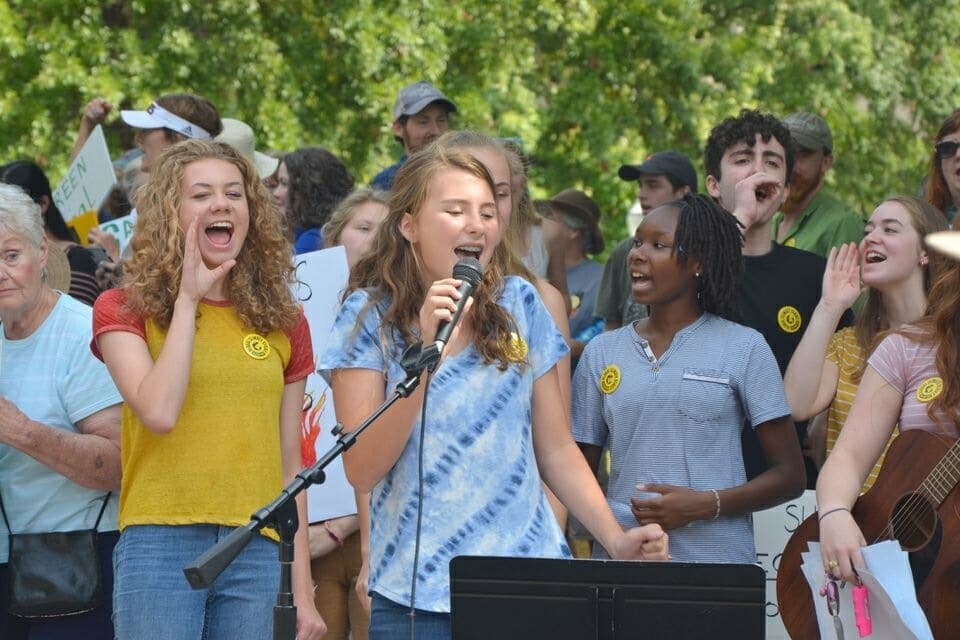 On the outside, Stella seems like a regular girl. She does cross country, debate, and show choir at her school. But a couple weeks ago, she did something courageous. Stella has been aware of pollution and deforestation from a young age, and has long been concerned about the negative impact humans are having on our planet. Today, rising sea levels and increasing global temperatures are some of her biggest concerns.

Curious about talk of a global climate strike coming up, Stella looked online to see if there was one in the area, and saw that there wasn’t. This surprised her since there are so many environmental groups in Birmingham. But since no one had, “I decided to start one,” she says. She had been to plenty of rallies and marches, so she knew how they worked, but had no idea how to organize them.

With help from friends from her church, she began to plan. “This was my first time doing anything like that,” she tells me. The previous spring, she had gone to a climate strike in Montgomery only as an attendee- not an organizer. “It’s so much more work than you think it’s going to be,” she says.

“I started about two and a half weeks before the event was going to happen.” She tells me the deadline to get a permit for the park was three weeks before the event, and that she went to a parks and recreation board meeting and convince them to make an exception in her case. “It was the Wednesday before the [strike] and we didn’t know if we were going to have the park.” Looking back, Stella wishes she had known about the global strike earlier so that she could have had more planning time.

Stella’s strike had an impressive turnout for the short notice, though. Over 300 attendees were estimated to be there. Facebook and posters around town were her main recruitment strategies. At the strike, Stella recited a speech urging a switch to renewable energy resources she had written with care and dedication. “I’d never written a speech before,” she tells me. And although she was nervous from having such a large crowd listening to her, she was “really happy to have so many people there.”

Stella tells me she was inspired by 16-year-old Swedish climate activist, Greta Thunberg. “A year and a half ago she was just one girl skipping school on Fridays to protest climate change, and now there’s about four million people doing it with her.” Both Greta and Stella are proof that you can be young and feel small but still do incredible things, whether they be on a local or a global scale.