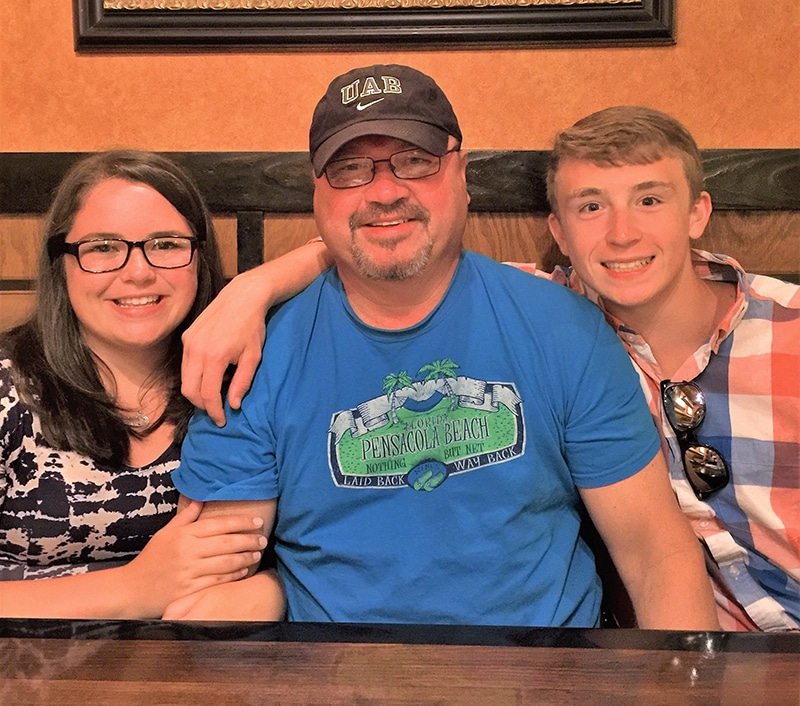 All my life, I have been surrounded by women.

From my mother, to my grandmother, even my best friends; my life was full of women. There are many things that a woman can teach you, like what to wear when you are on your period to make you look less bloated to who you should date in high school. All of these things are very important, but there are certain things you can only learn from a dad.

In my life, for at least the first ten years of it, I lacked a strong father figure. My parents had me when they were just a few years older than I am, and that has taught my family very important life lessons. It made both me and them grow up much sooner than if I was born to parents who were much more age appropriate, and that is not a bad thing. Though I did learn many important things from my parents being so young, it also meant that my parents broke up like any other teenage couple.

While this would not have been a bad thing if they were not parents to a young child, but because they had me it made things much more difficult. Because my parents split at such a young age, it meant that I only lived with my mom for most of my life. Thus it also meant that I lacked a much needed father figure until I reached adolescence.

Now, that does not mean that when I was younger I never saw my dad, because I saw him every other weekend. It just meant that I didn’t have a very strong relationship with a man that helped create me. When I was younger I wanted so badly to be involved in his life, I yearned for a relationship that I didn’t even really know that I wanted. This caused me a lot of grief as a child, and some guilt because I believed that it was my fault I lacked a relationship with my dad.

As I have grown older, and moved in with my grandfather who has provided me with a much needed father figure, I have developed a somewhat stronger relationship with my dad. There are times when I do feel like a stranger to him, but there are also times when I know he is so proud to be my dad. It was hard growing up as a kid without a dad, or not being around him that much, but all things happen for a reason and it has just made me into a stronger person.

Whether you have a dad or not, there are always people there who love you and sometimes it might not come in the traditional form. I couldn’t see it when I was younger, but now I know that just because dad was not there as much as I wanted him to be, there were still people who provided me with love and support .

The Ballad of the Homefront