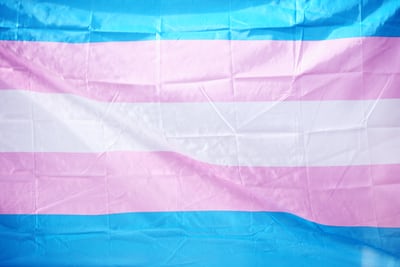 What is the bill?

Last week, Alabama’s senate voted to make hormone therapy, puberty-blockers, and surgery for transgender youths a felony. The bill is called the Vulnerable Child Compassion and Protection Act; it will also require schools to tell parents that “a minor’s perception that his or her gender is inconsistent with his or her sex.” Essentially, teachers would be required to “out” transgender students to their parents, regardless of whether they are ready to do so. Violators of this bill could face up to 10 years in prison or a $15,000 fine.

Parents, members of the transgender community, and doctors have spoken against this bill saying that it is dangerous and discriminatory. The bills run “counter to medical science, prevailing standards of treatment for transgender youth, and basic human dignity,” according to the American Civil Liberties Union of Alabama. CBS News reported, “During Tuesday’s debate, Shelnutt said that he has never spoken to a transgender youth before, adding that he did not know that such treatments were being done in the state when he introduced the bill last year.” When did it become okay to criminalize an entire community of people without even knowing them or the issues they face?

With this bill in place, transgender youths can’t safely ask for help at the doctor’s office or even at their schools. Lawmakers are making an already dangerous world scarier for transgender youths and also other members of the LGBTQ+ community. Criminalizing an entire community helps no one. “Lawmakers are insisting that they know what’s best for transgender young people and ignoring the recommendations of medical experts, including the American Academy of Pediatrics, the American Medical Association, and more,” Allison Scott, a director at the Campaign for Southern Equality, said in a statement Tuesday.

The discrimination that LGBTQ+ youths face affects their development and mental health. Studies show that “discrimination and rejection due to gender nonconformity often start at an early age and puts trans youth at risk of isolation, school dropout, and academic performance issues.” A national survey by GLSEN has found that 75% of transgender youth feel unsafe at school, and those who are able to persevere had significantly lower GPAs, were more likely to miss school out of concern for their safety, and were less likely to plan on continuing their education. This bill contributes to the discrimination and inequality that trans youth face every single day, from teachers not respecting their pronouns to being a target of fatal hate crimes. Rather than allowing trans youth to focus on school and their careers, lawmakers are instead making a hostile environment for kids. We should be helping transgender and non-binary youths, not attacking them.

What can you do?

Send a message to your state representative: https://action.aclu.org/send-message/al-trans-belong-2021

Look here for action steps across the US: https://www.transathlete.com/take-action

Link to the Human Rights Campaign page about the Transgender community: https://www.hrc.org/resources/understanding-the-transgender-community

Read more from GirlSpring on How To Be an LGBT+ Ally.

9 Steps to Create the Perfect At-Home Photoshoot for Instagram