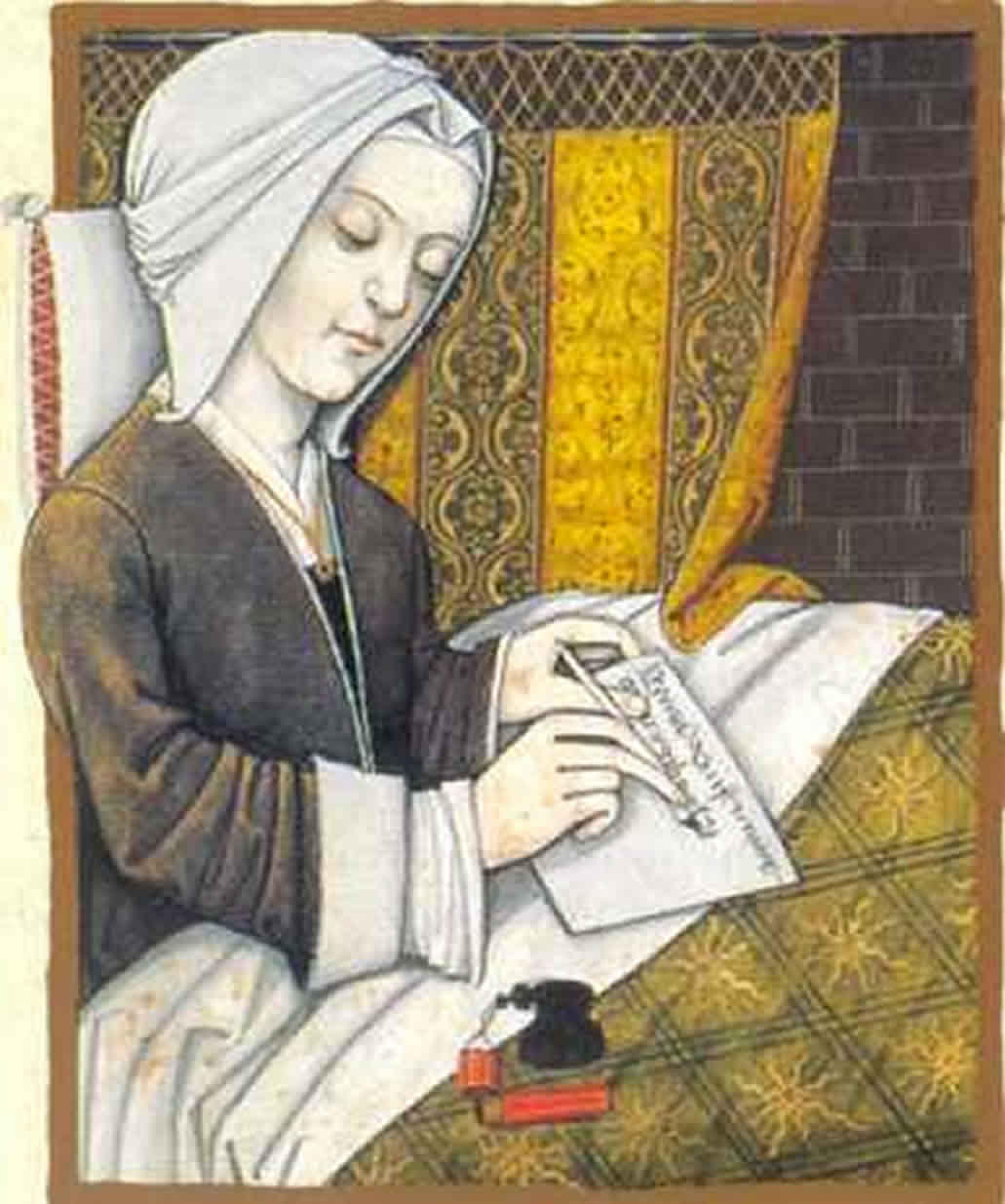 Known For: First woman to support herself solely through writing, works identified as some of the first to argue feminist topics

Born in Venice Italy in 1364, moving to the French court when her physician father accepted a position to Charles V, Christine de Pizan received a level of education unheard of in women by the time she reached early adolescence. She took advantage of the vast manuscripts of humanist and early renaissance era works in the court’s royal archive to immerse herself in intellectual thought of the time. When she was widowed at twenty-five and left to care for her aging mother and three young children, she broke custom of remarriage and turned to poetry to support herself. Various courtiers, intrigued by the novelty of a female writer, commissioned her to write ballads about their romantic exploits as well as other short poems, resulting in a prolific output of over 300 ballads over the decade-long period after her husband’s 1390 death. Her most well-known works, The Book of the City of Ladies, and The Treasure of the City of Ladies were written around 1405. These books are often cited as some of the first works of feminist literature though their continual challenging of period stereotypes. The first work listed the past contributions women have made to society within an imagined city, where women were respected and lauded for their varied accomplishments. The second cited the power of women to make peace between people, as well as promoting sisterly bonds rather than competition between women.

After the completion of these works, she continued to defend the integrity of women in literature, and criticize slanderous interpretations of them against male writers of the time. By her death in 1430, she had established herself as one of the most prolific female writers of her time. Her works of rhetoric marked not only the first instance of a woman publicly defending the merits of her gender, but the first instance of doing so without the support of a husband.

Tips to Boost Your Body Confidence

For Teenage Girls By Emma Camp