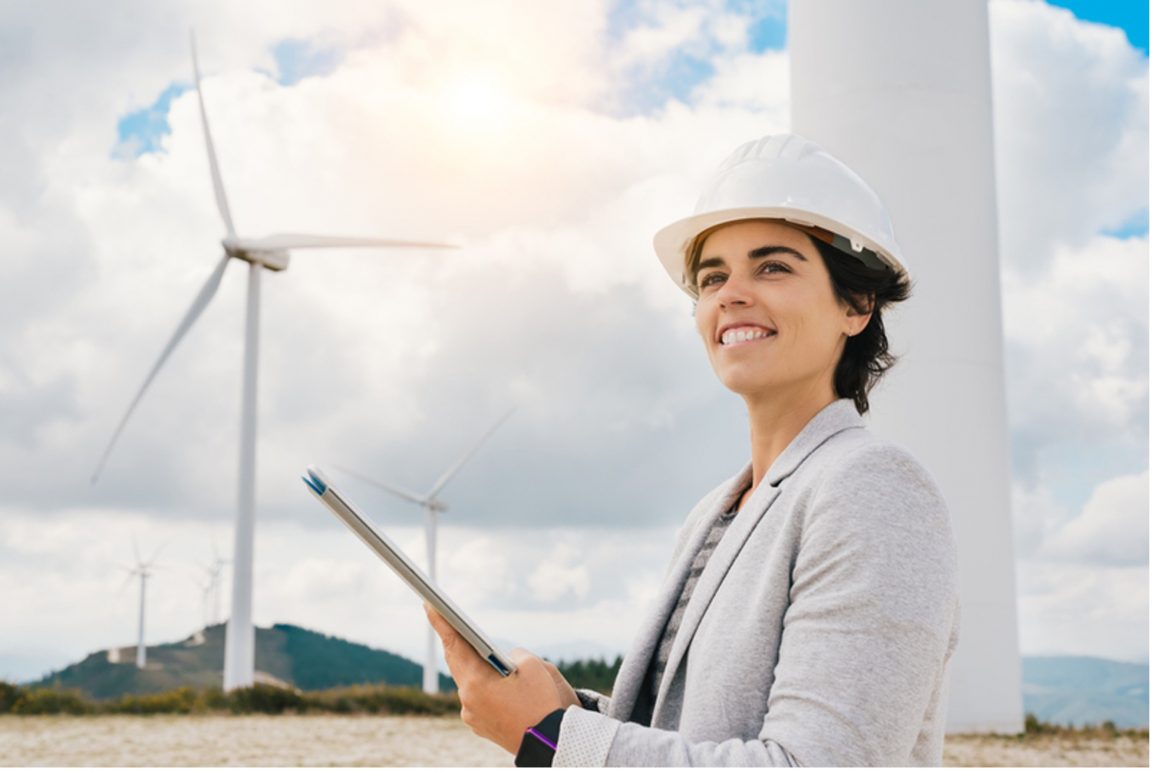 The clean energy industry has been historically male-dominated with only a handful of women working in clean energy fields. But many hope to open the doors for the next generation to break into cutting-edge industries.

In 2020, the IEA reported that while women make up 48 percent of the workforce globally, only 22 percent of jobs in the oil and gas industry belong to women. Further, women only account for 32 percent of careers in the renewables industry.

However, a recent report shows that while there is still room for improvement, women are increasingly breaking into the clean energy industry. This International Women’s Day, Choose Energy is discussing a few of the trailblazing women in clean energy fields.

Dr. Dongmei “Maggie” Chen is one of them.

Twelve years ago, she joined the faculty at the University of Texas at Austin, when she was one of only six female faculty members in the 60-person mechanical engineering department.

According to Dr. Chen, there were not nearly enough role models for women in the industry. During her first year of teaching, she had just one or two female students in her classes. She understood the experience of isolation and felt a personal responsibility to compensate for the lack of peer support.

Today, 11 females are on the faculty, nearly double the number from ten years ago. Slowly but surely, women are gaining momentum in higher-tiered STEM fields. Even so, women still represent only a fraction of researchers and workers, and many fields remain entirely male-dominated.

A need for representation in STEM fields

Dr. Chen emphasizes there is still much more work needed to increase female researchers, especially in her field. She teaches and researches dynamic system modeling and automatic control, focused on theories of switching control, optimal control, non-minimum phase systems and control, and reduced order modeling, with applications in energy systems.

She also works on ways to save energy through controlling fuel cells, rechargeable battery, automatic driving, microgrid, and integrated wind turbine systems. These days, Dr. Chen is excited about the potential for future projects using hydrogen, which can be generated from many resources, including natural gas, wind, and solar power.

“There are a lot of natural gas flairs and wasted wind energy production in Western Texas,” she explains. “We try to turn all that wasted energy into hydrogen so we can use that to run fuel cells for stationary power source and vehicles.”

Coming up, Dr. Chen, along with several other researchers and the Energy Institute at UT Austin, will be involved in a project to study the feasibility and develop methodologies to convert natural gas and wind energy to hydrogen at a scale. When the wind is not blowing, she points out that it is important to have backup to power the grid from running hydrogen fuel cells.

“Hydrogen can also provide clean power for mobile applications as well, including cars, trucks, delivery vans, trains, and boats. The project outcome will have a significant impact on Texas oil and gas and renewable Power Industries,” Dr. Chen states.

Women have a hard time breaking into her field at both undergraduate and graduate levels. It requires heavy mathematics background and hands-on engineering practice, but Dr. Chen says there is a strong commitment to outreach and recruitment.

Female students, faculty and researchers offer continuous support systems, working together to encourage retention. The academic community is seeing results. Since coming on board, female representation has increased. This increase is from 18% to 26% of the undergraduate body in the mechanical engineering department.

“It’s not quite balanced, but I’m very happy to have those students come in, go into the workforce and go to academia, and national labs. I hope they can become leaders in those areas and influence the policy, so they have a big role and impact in society,” Dr. Chen says.

The International Renewable Energy Agency (IRENA) reports 32% of renewable energy jobs are held by women, yet there are still sharp gender-based discrepancies. Women only represent 28% of all STEM jobs, with 35% in non-STEM jobs and 45% in administrative positions.

“Giving an equal voice to women will broaden perspectives in energy-related decisions from investment priorities to project design and ensure a more just sharing of socio-economic benefits that flow from the energy transition. In short, including women more fully in the renewable energy sector is critical to the success of making the energy system inclusive and sustainable,” IRENA reports.

Despite significant and continuing barriers, many women are overcoming challenges to make their predecessors proud.

When Dr. Valentini Pappa started her Ph.D., she remembers how most male colleagues were surprised to see her in the room. She contends that many women share a similar story of ascension in male-dominated fields.

“Well, [they’d say] ‘What are you doing here? You do not have enough strength.’ I said, ‘No, I do have it, and I will do it,’” says Dr. Pappa, now the academic program leader at Texas A&M Energy Institute.

Dr. Pappa, who is also in workforce development, is an environmentalist and emphasizes that with continued outreach and support, change is coming.

In 2017, she attended the 6th U.S. Annual Clean Energy Education and Environment (C3E) Symposium at the MIT Energy Initiative, which she describes as one of the most powerful and empowering symposiums available.

Two years later, she hosted the C3E Symposium for the first time at Texas A&M with 240 women from across the U.S. who worked in the clean energy industry participating in the event. These days, she believes that women are greener, but they remain seriously underrepresented in leadership roles.

In the not-so-distant future, sustainability will accelerate and become incorporated into most sectors of society. Women can help expand this industry. With equal access to opportunities and companies committing to diversity and inclusion, Dr. Pappa believes women can realize greater gains.

“The energy workforce needs women to retain the next generation of workforce,” Dr. Pappa says. “A holistic education focusing on low carbon is needed to confront the upcoming challenges of rising energy demands and climate change.”

Women and youth are continuously attracted to careers in clean energy and technologies related to renewables, as well as accepting leadership roles within new companies and startups.

Dr. Pappa is optimistic and amazed with the most recent dynamic awardees of the 8th U.S. Annual C3E Symposium.

“It really struck me when we gave those nine awards at the symposium, it was unbelievable how much these nine women have managed to do in such a short period of time, and the impact they’ve had in communities across the world,” she adds.

Dianne Anderson covers education, health, and city government stories with an eye on legislative impacts to diverse communities. She has received awards from the American Cancer Society – Inland Empire, and the Southern Poverty Law Center. Over the years, she has reported for the Long Beach Leader and the Inland Valley Daily Bulletin and been a contributor to the Pasadena Weekly.

This piece originally appeared on Chooseenergy.com

Uncovering the Pageant World: An Interview with Olivia Smith