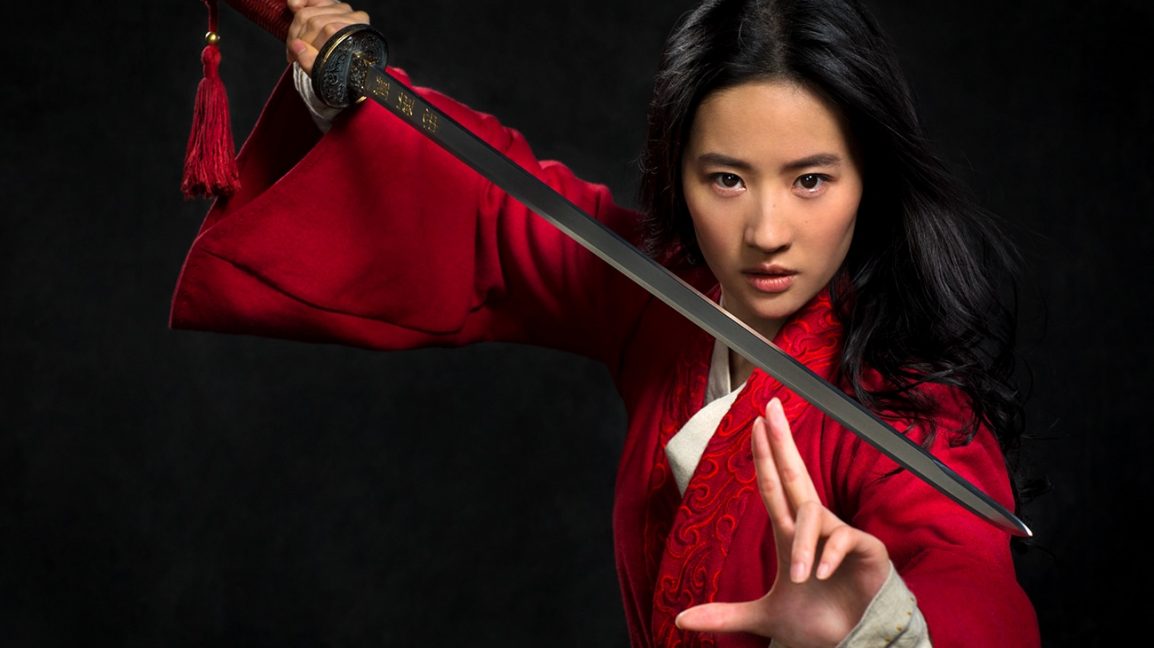 After plenty of anticipation, Disney released the live action remake of Mulan on their streaming platform Disney+ for the price of $30. The movie had a lot of expectations to live up to. One was doing justice to the much beloved 1998 animated original and bringing Asian representation on to the big screens. Unfortunately, Mulan just didn’t hit the mark.

Even before the release of movie, it faced backlash with the trending Twitter hashtag, #BoycottMulan. Actress Liu Yifei, who appears in the movie as Mulan herself, showed support for the Hong Kong police on Chinese social media platform, Weibo. Screenshots of her post were shared across social media, trending in August 2019. Twitter users called out the actress for supporting police brutality. In the month before the release, August 2020, the screenshot of Liu’s post began trending again.

And now, the film faces further backlash for filming in the Xinjiang province of China, where China’s Muslim minority, Uyghurs, are being detained in “re-education camps” and facing human rights violations. The credits of the movie thank the CPC Xinjiang Uighur Autonomy Region Committee, a propaganda department.

Unlike many of its predecessor live action remakes, the writers of Mulan strayed from the plot of the animated original and took several creative liberties. Mushu, the lovable, talking dragon was axed. It was replaced with the mythical phoenix. It makes several appearances throughout the film more as a symbol than a character. Shang, the young captain and love interest of Mulan, was split into two characters, becoming the Commander Tung and a separate love interest Chen Honghui in order to eliminate the power dynamic in the original Mulan and Shang relationship. Further, the villain Shan Yu is replaced by the revenge-seeking Bori Khan.

The film also saw the addition of mythical elements into the film. Qi, a traditional Chinese element that represents the universal life force in all people, is portrayed as a magical power that mostly males possess, while some possess it in large quantities, giving them supernatural gifts. Of those with overflowing qi, is Mulan and Xian Lang. Xia Lang is a powerful female witch sided with the invaders, who is really one of the only enjoyable characters of the film. She represents represents the difficulties in being accepted as a powerful woman.

Unfortunately, many of the instances that the film strays from the animated original are where the movie loses much of the original’s charm. The new characters are not likable and underdeveloped. For example, the split of Shang into separate characters sacrifices his original character motivations like the death of his father. The death of General Li, in the original, created a shift where the characters realized that they were now at the frontlines, and it was their duty to protect their country. Without this plot point and many other axed points, the characters do not seem to have the same complexity and development, and remain one-dimensional. Similarly, Bori Khan’s drive for revenge is never fully developed, again leaving his character another stereotypical Mongol villain.

Even the main character is pretty flat and hard to relate to. Mulan is a much beloved hero because she is witty, and used her intellect to help defeat the invaders. However, in this version, she possesses large amounts of qi, which allow her to fight with incredible prowess. While her supernatural abilities are empowering for females, Mulan is now more of a too perfect character rather than one that grows and uses her brains and determination.

Chinese Culture Through a Westernized Lens

Mulan marks a milestone in Asian representation in Hollywood with an exclusively Asian cast. However, the movie still portrays the traditional Chinese legend from a westernized viewpoint. This may be because behind the scenes, the movie was directed, written, and produced by westerners.

First, the movie is riddled with historical inaccuracies. One such instance is Mulan’s hometown being set in a communal, Tulou house. This would not be common until 1000 years later and is mostly of the Hakka people of Fujian, a southern province, while Mulan reigns from northern China. Other inaccuracies are seen in the costumes and portrayal of the emperor and his palace. Many Chinese viewers criticized the movie as “a mixture of Oriental elements and symbols in the eyes of Westerners”. In China, Mulan is not just a Disney Princess, but she also represents the values that the Chinese have upheld for centuries such as filial piety, the Confucian virtue to respect parents, elders, and ancestors. For many, the movie failed to portray the touching core of Chinese lives.

Mulan is a beautifully shot film with many amazing girl power scenes. But, the movie just falls short with the bland, hard-to-like characters and misrepresentation of Chinese culture and history. Disney has yet to release a live action remake that surpassed or even matched its animated original. Mulan is not an exception to this. Mulan is a step, though, in the direction of representation for Asians in the film industry. But we need representation both on screen, and behind the scenes in order to continue to make progress.

Amy Yang is a junior in high school and a member of GirlSpring's Springboarders teen leadership program, and a passionate figure skater.

Ideas For A Mental Health Day