What Happens When You’re Not the Princess 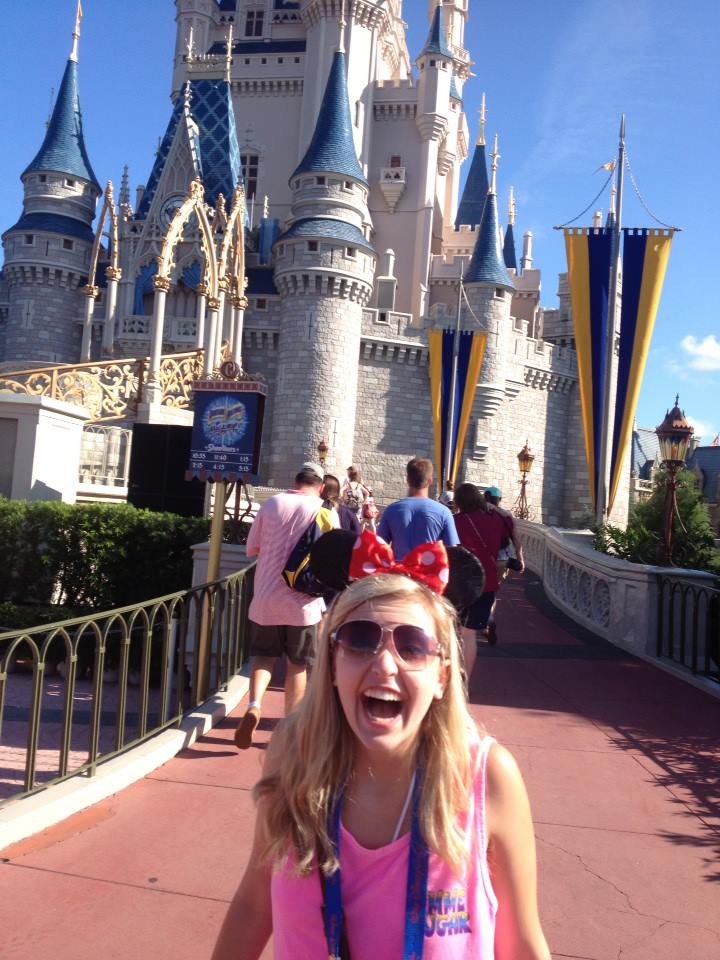 I grew up believing in fairytales and exquisite happy endings. As long as I can remember, I’ve been enthralled with romantic stories and dreams coming true. But there is some truth in saying that real life isn’t always a fairytale. Of course, I’m a huge dreamer and always will be, but eventually that truth needs to be learned: Sometimes, it won’t end up the way you want it to.

I could list off examples after examples where something didn’t end up the way I’d hoped, and my spirit was crushed. Talent shows I didn’t make, volleyball tryouts that ended with tears and a dull fall semester, and roles in musicals and plays I thought I was perfect for. This was at a time in my life that I thought things could be handed to you on a silver platter, and when I was disappointed by one of these things, my resiliency was strong and I wasn’t down for long. When I was a sophomore in college, I thought the time was opportune for me to apply to the Disney College Program and take the next semester off to go live out my dreams of being a good friend of Tinker Bell’s. Confidently and proudly, I completed the initial interview and flew through the next online and phone interviews. I felt completely at ease with how I’d approached all the questions, and I already began watching the YouTube channels about the Disney College Program. After waiting weeks and weeks, after obsessively checking my e-mail every two minutes, I finally received an e-mail…informing me that I did not get accepted into the Disney College Program.

My heart fell to the floor in utter shock and tears fell like fat raindrops for hours and days. I questioned everything about my qualifications, my interviewing skills, and my audition that I had done in Atlanta to be good friends with Tinker Bell. Where did I go wrong? I felt betrayed and heartbroken by something that had brought me so much joy and had taught me the definition of passion. I was lost, confused, and utterly crushed.

For weeks and even months after this brutal letdown, the bitter taste of Disney lingered in my mouth. I turned down movie suggestions which were always my favorite (Peter Pan, Mary Poppins, The Little Mermaid) and tried to wipe these beloved memories from my mind, in order to forget the heartbreak. My world as I’d known it was shaking and turning around upside down. I truly believed this was what I was destined to do with my life, and I didn’t know how to react when my plans didn’t work as I’d planned. But the first thing I knew I had to do was pick myself up and keep going.

This is what happens when you’re not the princess. Sometimes, you won’t be the dream princess you’ve idolized forever. But that’s okay, and you know why? Because nobody is perfect. Imagine if Rapunzel had been more rebellious at first and left her tower before she met Flynn Rider. Because she has flaws, her story unfolded just the way it was supposed to. Please don’t misunderstand me, I fully believe that you should wake up every morning reaching for the stars, but as I’ve gotten older, I’ve come to realize that sometimes you are not the dream princess you’ve always strived to be, but that’s okay. That’s okay, because you are truly, beautifully, flawlessly flawed, and that’s what makes you the beautiful YOU princess that you are.