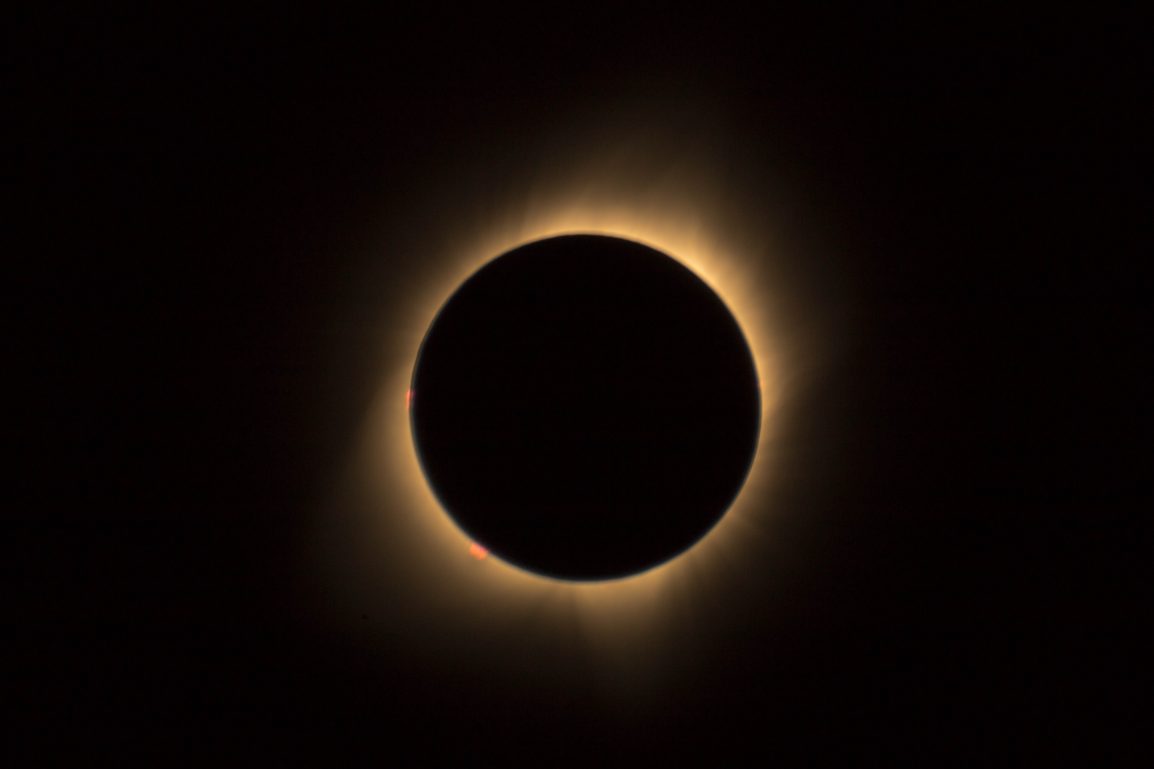 The experience of the eclipse at totality was truly something that has impacted me greatly. Standing in the small town of Etowah, Tennessee, USA, with a crowd of people(a large crowd for the size of the town, but a small crowd compared to anywhere else) surrounding me, we all waited, impatiently, for the same moment. With popcorn, snow cones, and tacos from food trucks, we were all gathered here for the same uniting reason: totality. Many states across the US got to see the eclipse, but only a select few states got to see the totality of the eclipse. In Etowah, Tennessee, people had come from all across the US, including a couple from Utah, just to get a glimpse of the eclipse at its full coverage.
When the eclipse was at 98% coverage, the sky became a very strange color, and the light that surrounded us was foreign, like a filter had been put over the world. The shadows surrounding us became crescent shaped. Next, the birds started chirping non-stop, and frantically flying from tree to tree. The cicada’s screeches were the loudest I had ever heard them. It was like the whole animal kingdom was in a frenzy over an uninformed apocalypse. Then, it got dark. Fast. In that tiny town, I felt as if I was disconnected from the rest of the world. Like all of us standing there were in a tiny bubble of time, separate from Earth. As the moon started to cover the sun more, a humble silver light surrounded the great orb in the sky, with a bright glimmer on the right side, light a bright wedding ring, suspended before us, illuminating the tiny world that stared upon its presence.
Then totality happened. All that could be seen in the sky was a tiny circle of silver light. Around me, the air was filled with the cheers of the people within Etowah Tennessee. We were all united under the same celestial beings, coming to together to create one entity, for just a small moment in time, for just a small gathering of people.

Why I Love Vinyl Records