Today is International Day Against Homophobia, Transphobia, and Biphobia 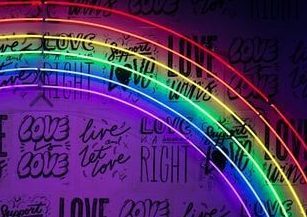 May 17th is the International Day Against Homophobia, Transphobia, and Biphobia. It was created in 2004 to highlight the violence and discrimination experienced by lesbian, gay, bisexual, transgender, and intersex people. In 1990, the World Health Organization declassified homosexuality as a mental disorder, and May 17th commemorates this decision. The Day represents a major landmark to draw attention away from the media, lawmakers, and corporations. Instead, it focuses on the injustices that people with diverse sexual orientations, gender identities, and expressions face. May 17th is now celebrated in more than 130 countries. This includes 37 where same-sex acts are illegal.

Why is May 17th Important?

In 2021, the U.S. introduced over 100 anti-transgender bills. Most of these bills will greatly affect minors. Some bills deny gender-affirming treatment to minors, and others deny transgender minors from participating in sports. It is important, not just on May 17th, to show support for the LGBTQ+ community. We must discuss the discrimination that this community faces. In 2021, at least 22 transgender or gender non-conforming people have been killed. Many anti-trans hate crimes go unreported. The average life expectancy of a Black Trans woman in America is 35 years old. In fact, as many as 16.7% of hate crimes in the U.S. are based on sexual orientation, and this number is still on the rise. These are not just numbers, but actual people who are being killed or targeted due to their identities.

Things to do this May 17th:

If you live in the U.S. you can send a message to your state representative telling them to oppose anti-trans bills.

You can engage on social media to push the narrative against homophobia, transphobia, and biphobia. Take time to learn about the LGBTQ+ community. That doesn’t mean rely on friends who are a part of that community. Take time to read a book about LGBTQ+ history or read articles that you can learn from.

https://sites.google.com/view/eduyac/minority-history?authuser=1 – This website is dedicated to educating individuals about things not taught in school. There’s a great page about LGBTQ+ Americans. It provides independent learning resources, such as books and movies about LGBTQ+ experiences.