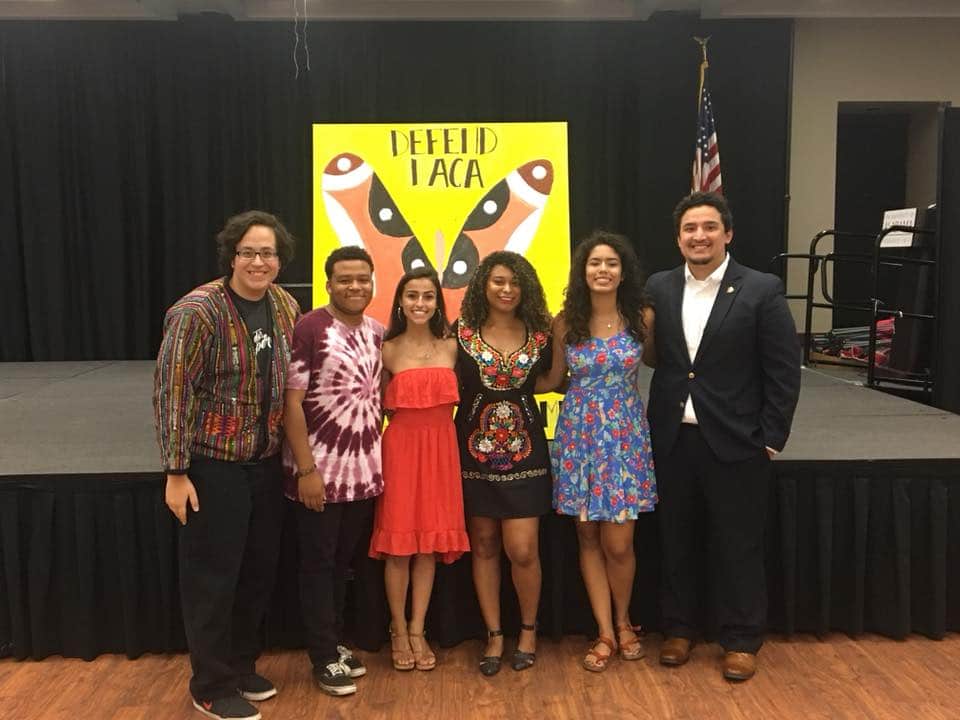 Marissa is a first-generation Honors college student seeking a degree in Spanish and International Studies with a concentration in Latin American. Her minors include Latin American, Caribbean, and Latino Studies. Marissa has dedicated herself as a leader on campus by being the president and founder of The Hispanic-Latino Association, a senator for SGA, a College of Arts and Sciences Ambassador, a member of the Financial Affairs Committee, and Resolutions Committee.

Marissa aspires to continue her education by attending graduate school and eventually joining the Foreign Service.

Q: What inspired you to become an advocate for the Latino community, specifically in the field of public policy?

My family are very active in the hispanic community in Michigan, where I’m from. At a young age it’s always been a priority in my family. They’ve taught me to always be sure I’m working toward the betterment of my community, and those around me.

Q: What hardships have you had to encounter as a first-generation student?/What inspired you to go to college? (Was it your parents, your own aspirations, your teachers, etc.)

My grandfather came here to the United States at the age of 14 from Mexico, so he wasn’t able to finish his education. When he did have the opportunity, he was already raising a family in the United States while also supporting his family back in Mexico. Getting an education was always something he wanted to do, but never had the chance to. So growing up, I heard from him how important getting an education was.

So I decided, you know what, I was going to be the first. My high school didn’t do a great job preparing me for college, so I decided I needed to prepare myself. I went to our local community college 6 days a week, worked my butt off, took night classes, and I just knew that I had to be in college. I was going to get there no matter what obstacles tried to stop me.

Q: Being a latina in the south, have you ever had to encounter racism/sexism? If so, what is your most memorable experience with discrimination and how did you combat it?

The first experience I had with racism on this campus happened 3 days after my mom dropped me off. It was during my rush experience.

I remember standing in line at Ten Hoor and our group was one of the last groups to go out and vote. While we were in line, I heard a girl behind me say, “Mexicans are just ugly, dirty and poor.”

Coming here was difficult, especially as a first gen student, and hearing her say those words just validated my doubts about coming to a campus in the deep south. I also thought it was crazy that she thought it was okay to say that around me- and then I realized- she probably doesn’t know I’m a Latina. Some people just have this idea of what a Latina woman is supposed to look like- ya know, very indigenous, straight black hair to your butt, like a girl straight out of a Telenovela. My hair is curly, and I don’t look like a TV star.  Once I moved past this realization, I moved onto another one-

One of the reasons I felt so shocked was because my community back home was so predominately hispanic that if you were white, you were the minority. I didn’t have to experience such blatant and disgusting racism, so this was my first time trying to combat such an obscene comment.

I just remember saying, quietly, “That’s not true.” Having to speak up in a place that was so foreign and new was hard. But I was proud to defend my community, even if it was quietly.

Then she proudly spoke up, “Oh, no, not you! The dirty ones come from Texas!”

Then I thought, wow. Funny. I have a lot of family over there. It completely opened my eyes and then I quickly began doubting my decisions to go to this college. I remember calling my mom, crying, saying, “You have to come pick me up. This is too much.” My mom quickly came to the rescue with encouraging words. She reminded me how hard I worked to be here, how much I wanted it, and that one person shouldn’t define my entire college experience.

Thanks to her advice, I moved on, and started working for UA Crossroads. I met a lot of amazing people, I got involved with SGA, and College of Arts and Sciences Ambassadors, and then I remember being at the Inclusive Engagement Breakfast that Crossroads has, and I remember them talking about the the Strategic Diversity Mappings. Then I began to wonder if there were any Latinos on the committee. Our population at that time was 3.2, and I realized there wasn’t a lot of movement promoting Latinos to come to our campus. I knew there wasn’t an organization solely for Latino students, so I decided to start an organization to represent myself on campus better.

I went to The Source, learned how to create a constitution for my organization, and now HLA is the most important and memorable part of my collegiate experience. All of the people that I’ve met and been able to connect with have taught me to embrace my culture and accept who I am, and I’ve never been more grateful. I was able to take that terrible first (and very racist) experience, and turn it into a passion that fueled the creation of a beautiful organization on campus.

Q: What advice to you have to other first gen/latinas lacking representation in their communities?

In fields that are white-dominated, go out there and work to give yourself some representation. Do not be fearful of speaking up. If racist people try to tear you down, they’ll always be in the wrong. But also, work to get other people in your community who share your racial identity to be in fields that are lacking hispanic representation as well. Don’t let fear keep you from advocating in your community, and disproving biases and preconceived assumptions.

It also takes a lot for advocates to be vulnerable and honest in front of their oppressors, so it’s important to remember that while you may not owe anyone your story, it is an important story to tell.

Q: Growing up, who was the best female role model for you?

All of the older women in my family, really. They’re fierce, strong, Mexicanas. They make me want to do more, they make me proud of who I am and how they raised me. They’re my biggest hype-girls. Without them, I wouldn’t have survived the environment on this campus.

Also, the women that I’ve met on campus have also been incredible role models. I have one friend who’s here on DACA. Now because of the current political climate, she has to worry every day about whether or not she’ll be deported, while also worrying about normal student issues, like homework. Her courage and dedication inspires every day to continue working to change the attitude people have about immigrants on our campus and in our country.

Q: Have you ever found good representation in the media that highlights the intersection of your experience?

It is an issue that many latinas are represented as sassy dumb women, or maids. However, I’ve found that a new show called East Los High has great representation for latinas. It’s about these hispanic high schoolers and the way that the show portrays them is awesome. They’re all doing great in school, they have a co-ed dance team, they talk about important issues like voting, immigration, and mental health in the latino community. It paints us in a realistic way and it’s not stereotypical at all. I love it.

Q: What does success mean to you?

On one note, it means being able to break the cycle of poverty, and move up in the world. As a first gen, it’s very important for me to “be something.”

Beauty Within the Darkness