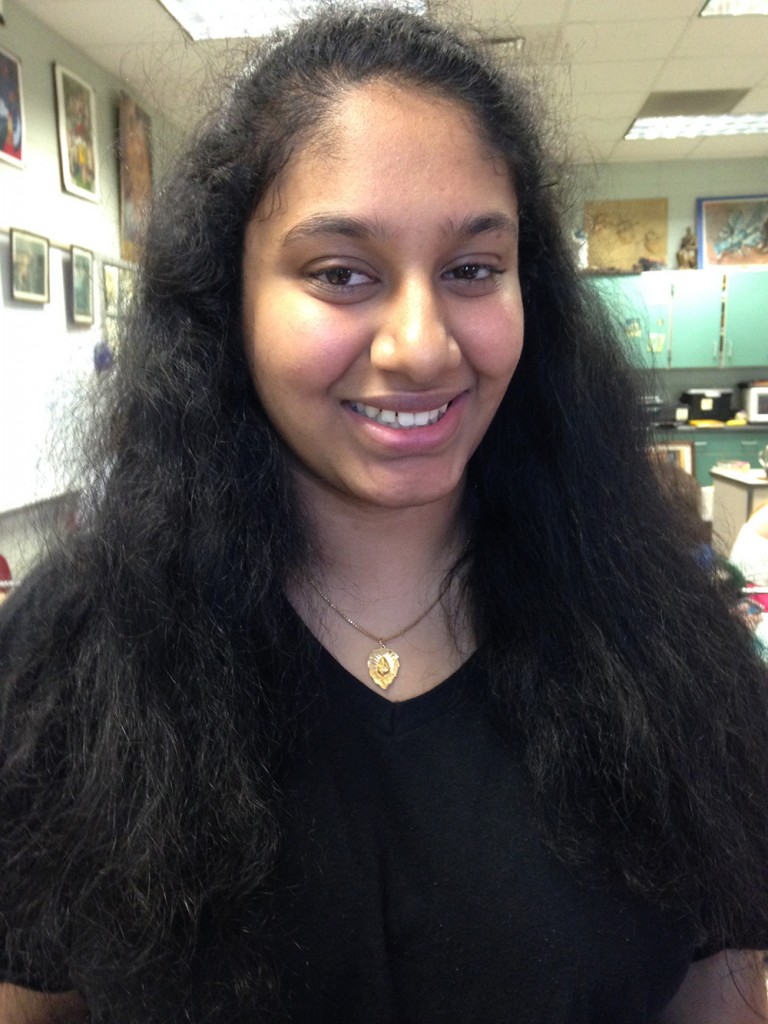 Varsha Sridhar is a senior at Jefferson County International Baccalaureate. The April of her junior year she took the ACT and received a 36. In June of 2016, Varsha was able to attend a research camp at MIT, and she was the only student from the south to attend this prestigious camp. She is president of JCIB’s chapter of the Beta Club, Treasurer of National Honor Society, Secretary of Mu Alpha Theta, and Vice President of Art Honor Society. She loves community service and activities that give her the chance to give back to others.

GirlSpring (GS): How many times did you take the ACT before you got a 36?
Varsha Sridhar (VS): So, I think I took it twice. I took it for the first time in the seventh grade, as part of the Duke Tip program and that is when I realized, ‘wow this thing is hard.’ So after that, I took it again my junior year because I knew that it was coming up [the deadline] and I didn’t want to be stressed in the December of senior year trying to fix my ACT score. The whole time I was always aiming for a 36, but then, in that September I found out that I made a 34, and at first I was kind of disappointed but then I got over it. When I went to take it again in April, which was mandatory because of the school, I was like ‘I don’t really care about it this time, you know because I have a 34 and it is just another time’ so I didn’t bother practicing or anything and I think this was really fortunate because I went in stress free and usually I’m super anxious, and because of that I think I was more relaxed and that’s when I made the 36.

GS: Was there anything that challenged you to do better?
VS: Well my sister is probably one of the smartest people I know, so do you know how when you make a better test grade than the smartest person in your class? It makes you feel so good, that’s how it made me feel because I was like ‘oh my gosh I just one upped you.’ I know it sounds bad, but still, she’s my sister and I love her, but you know it made me feel really good.

GS: What kind of opportunities did this open up for you?
VS: The biggest opportunity is that whenever you go to a college talk, they always talk about the ACT or the SAT, and how if you get a high enough score you can get a lot of scholarships. I think that’s the biggest thing that the ACT really opened up for me and it also helps with just taking tests in general because you get used to the environment, you get used to having to fit in a certain amount of work in a certain amount of time, and I think the one thing that really annoys me is that when all of these underclassmen come up to me and say ‘you know just because you made a 36, you can go to whatever school you want,’ and that’s wrong, making a high score on the ACT does not mean that you can go to whatever college you want because that’s not the only thing they look at. Colleges don’t automatically accept you just because you made a super high score and that’s something that I wish they all knew, it’s not just that, it’s everything you do in general.

GS: So like what kind of things did you have to do after you got your score back?
VS: I remember a lot of people kept bringing it up, and to a lot of the underclassmen I’m just the girl who got a 36. I mean honestly, it’s a huge thing for me, but I feel like there are so many other experiences that mean a lot more, like Beta Club. How whenever we get to tutor those kids [the JCIB Beta Club tutors kids at Irondale Middle School on Tuesday and Thursday mornings] it means a lot more, like how I helped other people with their ACT over the course of August and the beginning of September, with the math section of the ACT, and they came up to me after the scores came back saying that they got their scores two or three points higher in the math and that made me feel a lot better, and it was still great that feeling I had in May, but I like this better.

GS: How did you prepare for the ACT, what tips would you give?
VS: I think the best way to practice is to take it more than once. The first time I took it was in seventh grade, so I knew early on exactly what this test would be like, and I think you should buy ACT books. You should look for books from people who are actually from the ACT or ones that are harder than the ACT, so when you take it, it will be easier. And you should stick to a strict regimen, I tried to do that but it didn’t work out that well, I kind of regret it, I was like ‘You know I probably could have gotten it over with earlier, if I had actually stuck to like a strict thing.’ And then another thing you should always do is wear a watch when you take the ACT. It really helps because then you kind of get that pressure to rush yourself, and that helps you finish faster, and as long as you answer all of the questions, you have a better chance.

GS: Where is your dream school?
VS: I’ve been asked this a lot and I honestly have no idea, because I remember freshman year it was UAB, and then sophomore year it was MIT, and then last year I was confused, as I am now, and now, I’m still trying to figure out where I want to apply.

GS: Do you find that as you get closer to actually going to college and figuring out where you’re gonna go, does it get harder to figure out what you really want to do?
VS: Yes! The more and more you do research, the more you start looking at like how all of these colleges are really similar, it’s really just about what you think would be best for yourself.

GS: Do you feel any pressure from your parents about finding what you want to do and where you want to go, fast?
VS: Well, my parents don’t really put that much pressure on me, they’re really supportive, the only thing is they don’t want me to submit my application on, like December 31, at like 11:00 at night, right before they’re due, and procrastinate, which is a good thing because I do that all the time. I know a lot of parents pressure their kids into doing something they do, like if they’re doctors or lawyers they want their children to do that. My parent’s don’t do that which is why I’m really thankful.