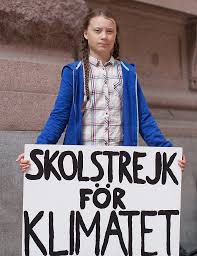 Greta Thornberg’s image was used in the company’s share prospectus. Swedish entrepreneur who claims to have been “the first to pay attention to” Swedish child climate activist Greta Thunberg, used her name to bring in almost SEK 10m for a new share issue, according to an investigation by the Svenska Dagbladet newspaper.

Ingmar Rentzhog, founder of We Don’t Have Time, asked Thunberg in October if she wanted to sit a Youth Advisory Board for his social media start-up We Don’t Have Time, which she accepted.  He then used her more than eleven times in the promotional material for a share issue announced  on November 27.   The prospectus promised investors that the venture, which channels just 10 percent of its profits to a charitable fund, has potential to be “extremely profitable” by creating viral environmental content to pull in money via digital adverts.

Thunberg’s father Svante Thunberg told the newspaper that Rentzhog, who has a background in financial PR, had never informed the family that her name would be used.  “No, we haven’t received any information about that. Neither has Greta,” he told the newspaper. “It is unfortunate if she was used commercially. But she hasn’t known anything about this. None of us have known this.” Rentzhog founded the company in 2017, aiming to create “the world´s largest social network for climate action”.

On the same day that Thunberg started her school strike last August, he came with a freelance photographer, posting her photo on his Facebook page and Instagram account, and making a video in English that he posted on the company’s YouTube channel.

Aware in 2020: Stay Globally Aware with These Platforms

She’s a Shero! Girls For Change Canada – Meet the Founder!

A Year in Review