Sparkling Dresses but Inside We’re Messes: How an Aesthetic Sport Affected my Relationship with Food 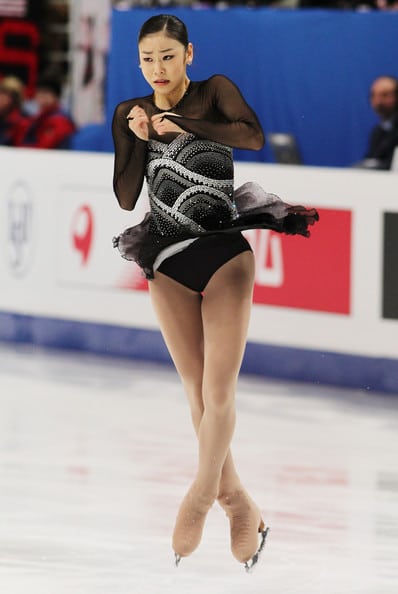 I had never worried about my weight before, nor did I have reason to. I was confident in my thin but strong body and didn’t obsess over every bite I ate. If a sweet dessert or greasy pizza crossed my path, I was more than likely to enjoy it, but since I never intentionally denied myself a treat, I rarely made myself sick from overindulging. Besides, I was a figure skater. I trained 2 to 3 hours every day, burning hundreds of calories per hour. If you’ve ever watched figure skating, you know just how much of a role aesthetics plays in the sport. Girls must be extremely lean to successfully launch themselves into the air and complete nearly three rotations before landing on one foot. I was lean, and I was relatively successful at completing said airborne rotations. But that wasn’t enough.

When I was fourteen, my coach started trying to get me to eat healthier; encouraging me to try vegetables and cut down on the frappuccinos. That would have been fine, but I’m not one to take things slightly, and at that moment being the best at my sport was the essence of my existence. So, if dieting was going to help me reach that goal, then I would kiss my edible entertainment goodbye. I held my resolution solid for a month until I went to IHOP to treat myself. That morning I consumed an incredible 7 pancakes as the waiter stared in awe at the hundred-pound girl scarfing down half her weight in breakfast foods.

Once I got that taste of indulgence it was hard to go back to restriction, and I ended up gaining back all the weight I had lost, plus some. I had let go of the reins and was binging nightly on all the foods I had previously forbidden myself. For the first time in my life, my mom warned me I would get fat if I kept eating the way I was. This was a foreign, ill-received feeling, and although I had never been an emotional eater before, food became my solace. The cycle continued; I would eat restrictively for a week or two, binge to the point of nausea, feel extremely guilty, and repeat! I was extremely dissatisfied, not just with my body, which I had newly discovered had a million flaws, but also with my inability to stick to my resolutions. The binging didn’t lessen until I learned to be more forgiving of myself, and 2 years later, although I’m still struggling to break away from ‘yo-yo dieting’, I can say it’s been nearly 6 months since I had a sickening binge episode and my self-confidence is better than it’s been since middle school. I don’t blame skating, but in a subjective sport, girls like myself are pressured to slim down at a young age, which, without proper guidance, can lead to distressing relationships with food that have the potential to last a lifetime.

We all go through it…The Change