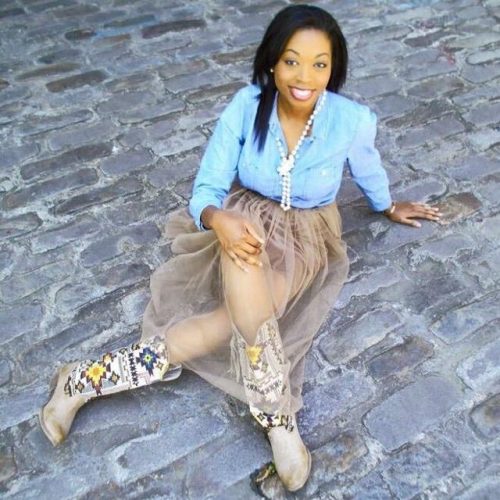 GS: What exactly is WPP?

MW: Women for Political Progress at UAB is the UAB chapter of the statewide WPP organization. We are dedicated to educating, liberating, and empowering women and working toward raising awareness about human rights issues that affect not just women, but all minorities today. This chapter is open to all students, faculty, and staff of UAB without regard to race, gender, religion, sexual orientation, or nationality. In addition to the UAB chapter, there is a general Birmingham chapter.

GS: How did you get the idea to start WPP?

MW: When I was a student at UAB, I realized that there were so many girls and women that knew nothing about politics, or just didn’t care. A lot of people were voting on people and issues they really didn’t know anything about, just because that’s who their parents voted for. There was no sense of individuality. I learned about an opportunity with the Clinton Global Initiative and applied for a grant to start a program that would empower, educate and inform women and girls on their role in politics. My proposal was accepted and that started the ball rolling to get things implemented I was able to move the project forward.

GS: That’s awesome! Did you get to meet the Clintons?

MW: Yes, I did actually! I got to meet Bill and Hillary, and there was also a small private dinner with Chelsea, so that was really exciting!

GS: Right now, you operate mostly on UAB campus. How can girls who are not yet in college get involved?

MW: We are starting a program for younger girls called Teens for Political Progress. We want girls to learn about politics early so when they reach voting age they’ll be ready. Stay tuned for updates on our Facebook page, and if you have any questions, message us on FB.

GS: What would it mean for our country if a woman (someday!) were elected for President?

MW: It would mean a lot because in the past (and present), women have been pushed aside or overlooked in the political arena. It would give all women and girls a sense of empowerment and truly show the world that anything is possible. Whether it is pursuing a STEM career, balancing career and family, whatever the obstacle, it can be overcome. Just because you are a woman doesn’t make you less eligible. It would be so wonderful and inspiring to see a woman president in office. It would give the world a different outlook on women.

GS: Who are your female role models?

MW: My biggest role-model is Dr. Wendy Gunther-Canada, Chair of the Department of Government at UAB. I’ve looked up to her ever since I moved to Birmingham. I took her classes on political theory and women in politics, and she taught me so much. She’s my inspiration. She is everything, she is wonderful, I can’t even put into words how much I look up to her.

GS: Why is it important for girls to get involved in politics, and what does it mean (is it just voting, is it supporting, advocating, etc.)

It’s so important!
Every girl should have a voice and be a part of the decision making process on their health, their bodies, and their futures. Without getting involved, without knowing what’ s going on, without choosing your officials is like giving up your voice. We all have the right and people have died so that we could have the right to vote.

It’s instrumental for the advancement of women for them to be in politics. That’s why WPP is so important. We break it down on a smaller level to make it accessible for everyone. Politics is not just the White House, or just people you see on the news. It’s very important for women to have their voice, and it’s not just about voting. It’s getting a fundamental understanding of what politics is, supporting a cause, getting behind the issues you care about and being a part of the process in America, in your state, your county, or your city. It’s more than November 8, it’s more than elections; it’s a full-time to commitment to knowing what’s going on in your state, in your city, and being aware of what’s happening around you.

GS: Thanks so much for talking with us! If girls are interested is Facebook the best way to reach you?