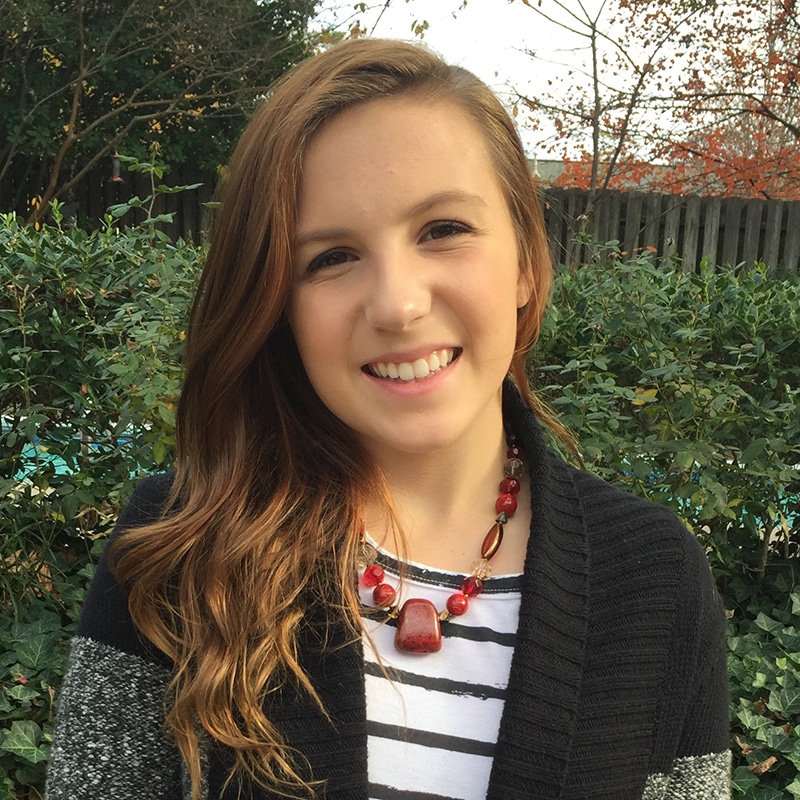 (S)hero: Isabel Blancett, a Montgomery, Alabama native and graduating senior from Saint James School, is very active in and out of school. Isabel plays the piano and guitar, speaks fluent French, and is a member of her school’s Math Club, Stand Up to Cancer, Young Democrats, and Varsity Soccer team. Most importantly, however, she’s the first ever female president of her school’s Robotics Club. GirlSpring interviewed Isabel to learn more about how she conquered her male dominated Robotics Club.

GirlSpring (GS): What got you interested into robotics and why do you enjoy?
Isabel Blancett (IB): I’m not very motivated by individual work and grades, but I get really into group projects! My school’s robotics team did a presentation to the high school my sophomore year, and after seeing how much organization, dedication, and socializing that went into participating in both BEST and Vex Robotics competitions, I knew I wanted to be a part of it.

GS: Was it your goal to become the first female president of your school’s robotics club? If so, how did you go about accomplishing it?
IB: Not exactly! I didn’t know what I was getting into when I agreed to do the engineering notebook for War Eagle BEST Competition…it ended up being a 50-paged project that required LOTS of communication with team members, writing skills, and strict organization. The way I handled this responsibility showed my team members that I was able to handle and lead the team, earning me the role of president!!

GS: What would be your ultimate achievement?
IB: I really want to become fluent in Spanish and travel Latin America working on sustainability designs on permaculture farms. That is my dream job, and it would be more rewarding than any award I could get.

GS: Where do you see yourself fifteen years from now?
IB: Traveling the world and learning different languages! Career-wise, I’d really like to focus on sustainability, most likely renewable energy!!

GS: What was the best advice you were ever given?
IB:My eighth grade biology teacher taught me a lot about plants and animals, but she taught me a lot about life too. She told me that if I carry myself maturely and responsibly at a young age, I will be able to accomplish anything later on in life. Your lifestyle as a teenage has a lot more impact on your adult lifestyle than you think!

GS: Who’s your inspiration and why?
IB: My inspiration is Michelle Obama. She has raised two brilliant children, contributed to numerous charities, encouraged all ages to engage in healthy lifestyles, and will leave the White House with an incredible legacy, scandal-free. She has proven that being a lady does not minimize strength, intelligence, or confidence!

GS: Do you have a saying or motto that you live your life by?
IB: Albert Einstein has a quote that says, “The woman who follows the crowd will usually go no further than the crowd. The woman who walks alone is likely to find herself in places no one has ever been before.” Whenever I feel lonely because of my interests or the things I choose to do on the weekends, I remember this quote, and I know that following my passions and beliefs will lead me great places!

GS: As a female in a stereotypically male environment, describe your experiences and how you’ve overcome the stereotype. Has your gender ever caused problems before?
IB: Yes, way too many times to count. Sometimes, it has been to my advantage, like my all male programming class hacked another class’s review game and every single student in the class got conduct checks, except for me, just because a girl “couldn’t have possibly been part of that.” However, it has mostly been a struggle. I have been mocked for my girly voice mid-meeting at Robotics. I have had boys slap my butt while I’m trying to work on the robot. I have been absolutely humiliated simply due to stereotypes of my gender while in the lab. I have even been accused of cheating on a programming assignment because “girls can’t code!”

GS: What advice would you give other girls who are interested in activities dominated by males?
IB: First of all, you are going to encounter snarky, sexist comments. I’ve learned that these comments are often just made out of fear. The best way to get back at these people trying to tear you down verbally is to ignore them and work your butt off to show them what you’re capable of.

Self Harming and Eating Disorders