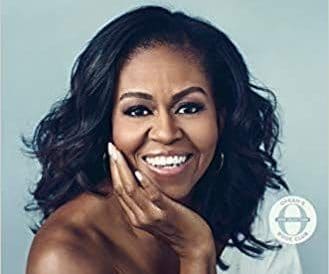 Although Becoming was released in November of 2018, it wasn’t until recently that I finally had the opportunity to read it. A memoir by former First Lady Michelle Obama, Becoming is organized into three sections, “Becoming Me,” “Becoming Us,” and “Becoming More,” that bring readers on Mrs. Obama’s journey through several key elements of her life, including her childhood on the South Side of Chicago, her marriage and life with Barack Obama and their daughters, and her experience as the First Lady of the United States of America. I have always loved hearing Michelle Obama speak, and that same strong, intelligent, and elegant voice is portrayed in her writing. I found Becoming to be a very engaging memoir, and there were many important takeaways I had from reading it.

1.Be aware of your surroundings and any changes that may be occurring: Michelle Obama discusses how she was always a very observant and opinionated individual. Growing up on the South Side of Chicago, Mrs. Obama discusses that the area wasn’t always as Black-populated as it is now. When she was in elementary school, her class at Bryn Mawr Elementary School had a fair number of white students as well, but the number of non-black students dwindled significantly as the years passed because more and more white families were moving to the suburbs. Through her observations and awareness of the concept of race from a young age, Mrs. Obama was able to become a more thoughtful and societally-competent individual. She would take these experiences and ideas into the future as a law student and woman of great power.

2. People with authority may not always be correct: When Michelle Obama was in her senior year of high school and applying to colleges, her school guidance counselor told her that she wasn’t “Princeton material.” Instead of taking this as a set-back, Mrs. Obama stayed confident and reached out to other individuals in her school and community to help support her through the process. She successfully gained admission to Princeton University, the school of her choice, proving to herself (and to her guidance counselor) that she was, in fact, Princeton material. Big takeaway: it’s important to always believe in yourself and not let one’s title intimidate you.

3. Don’t underestimate yourself just because the people around you seem smarter. At Princeton, Michelle Obama found herself to be a definite minority, both as an African American student and as a woman. Princeton, primarily white and male, was intimidating at first and Mrs. Obama felt that she may not belong. However, as she immersed herself in her classes and participated in the discussions, she realized that although the other students may have had a stronger educational foundation than she did, that didn’t make them smarter than her. Michelle Obama realized that she was a valuable member of the classroom, and this helped her succeed as a student at Princeton.

4. Do what makes you happy. Life may be shorter than you think. One of Michelle Obama’s closest friends at Princeton was a woman named Suzanne Alele. Joining college as a pre-med student to satisfy her parents’ wishes, Suzanne soon realized that it wasn’t the path for her. She was lighthearted and loved parties, and she did what made her happy. Suzanne decided to travel after her years at Princeton, and Michelle Obama initially thought Suzanne wasn’t making the best use of her Princeton education. However, when Suzanne lost her fight to cancer and died at a very young age, Mrs. Obama felt that it was good that Suzanne had spent her life being free-spirited and doing the things she loved. Life may be shorter than we think, so we should always work to live each day the way we want.

5. It’s okay to not always have a plan: Michelle Obama discusses how she was always very keen on organization and having a plan. Describing her journey from Princeton to Harvard Law School to her job as a lawyer at the firm Sidley Austin, she tells readers that she compared her accomplishments to checking off boxes on big list of plans for her life. However, this changed after she met Barack Obama, who was spontaneous and chose to pursue his interests and take life as it came. Mrs. Obama realized that life didn’t always have to be so planned out, and sometimes success could be achieved by taking advantage of opportunities that came one’s way and through hard work.

6. It’s okay to ask for help. The transition to the White House was understandably difficult. Through words of encouragement and support from her brother Craig, Michelle Obama made the decision to move to the White House with her husband and family. She requested her mother to help her take care of Malia and Sasha during this process, allowing her to ultimately take control of and adjust to the situation without feeling extremely overwhelmed and burned out. Receiving help can allow an individual sort out their life and can actually help them be more productive.

Both an interesting and informative read, I learned many important life lessons from Becoming. This is a very empowering book, especially for young women. Becoming is definitely a must-read, and is a great book for the summer if you haven’t already read it!

Looking for more good books? Check out our other book reviews, like this one by @bella_the_book_fairy, https://www.girlspring.com/?s=book+thief

Or, check out your local library where everything is free!

Shruti is a blogging intern for GirlSpring. She is from Madison, Wisconsin, and will be attending the University of Richmond this fall on a full-ride merit scholarship!

I Don’t Want To Be Alone On My Birthday!