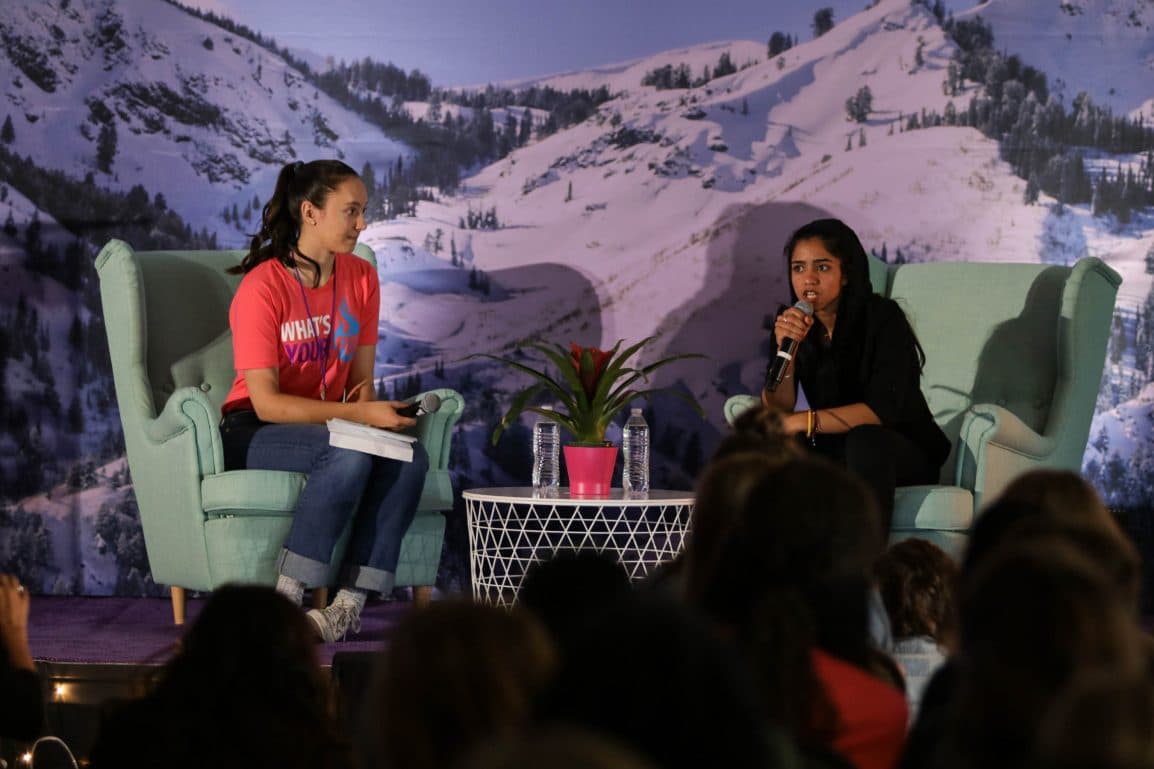 Ever since middle school, I had my life all planned out: graduate from high school, launch straight into college, graduate from college, and immediately enter grad school or a career. Straying from this pin-straight path didn’t seem like an option; however, here I am, writing this piece at the end of my gap year.

Looking back, I don’t remember the exact moment I said, “Hey, mom and dad, I’m taking a year between high school and college.” Because this option did not pop up on my radar until eleventh grade, the only way to describe my decision is as the perfect collision of four distinct circumstances. First: at the end of my junior year, certain projects arose that I was extremely passionate about pursuing. However, I knew that juggling these opportunities with the intensity of school would be extremely challenging. Second: in the fall of my senior year, my family hosted two young women, Priya and Winona, who were in the middle of taking gap years to travel the country, interview people about their intersectional identities, and write a book on racial literacy. Third: I met Abby Falik, the founder and CEO of Global Citizen Year, an organization dedicated to making bridge years between high school and university a socially acceptable norm. Fourth: after continuously pushing myself throughout high school and becoming co-valedictorian, I was afraid of burning out.

So, I committed to Barnard College of Columbia University in New York last spring and asked for a deferral of admission, elucidating my gap year plans. Barnard approved my request, I filled out a one-page form, and just like that, I was taking a gap year.

And so the year began.
In the summer, I worked part-time jobs and saved some money.
In the fall, I worked with Sonita Alizadeh, a young activist who uses music as a tool to catalyze social change, particularly looking to end the detrimental traditional practice of child marriage. Through my work with her and a nonprofit, Strongheart Group, I conducted research, interviewed young activists from around the world, and traveled to the United Nations Foundation’s Social Good Summit in New York City.

In the winter, I started focusing on curating a book about the next generation of young women. Formatted as a collection of essays, I will write about half of the chapters and other teen girls will write the rest. From omnipresent social media to an extremely divided political climate to gun violence, this book will speak to the most pressing, serious issues my generation is facing on our journey to adulthood. Learning through doing, I taught myself how to write a book proposal, draft a query letter, reach out to agents, and build a website.

In the spring, I was extremely fortunate to travel to Colombia, where I practiced my Spanish, attended a women’s conference, and shadowed an incredible nonprofit, Juanfe, that works with teen moms in Cartagena. And, coincidentally, I met another teen who is taking a gap year to live in South American cities, work, become fluent in Spanish, and volunteer. I have also spent the spring loving (pretty much) every second of learning how to write a book.

The other key aspect of this year is that, having struggled with a chronic illness since the seventh grade, I made time to see doctors and get necessary testing. While I still do not know the root cause of my health issues, I am better equipped to manage my symptoms and look after my own well being: two things I did not prioritize in middle and high school.

And that is my gap year in a nutshell.

Let me just say that taking this year and venturing from the extremely narrow life path I had envisioned has been one of my best decisions. From around the time I could walk, I was in school five days a week, seven hours a day. For 15 years, being a student was absolutely core to my identity.

Spending a year outside the classroom has given me time to nurture other facets of my persona: I am an activist, daughter, employee, friend, sister, and global citizen.

I will be attending university this fall. Contrary to what is sometimes believed about gap years, I will be going back to school with an immensely stronger sense of self, more direction, and a readiness to return to the classroom. I could not be more ecstatic to finish my book throughout freshman year and continue to grow as a person.

Gap years are not for everyone, but they should be considered a viable alternative to going straight to college. My hope is that society recognizes the immense possibilities bridge years can hold.

Road Trips: a Vacation Before the Actual Vacation