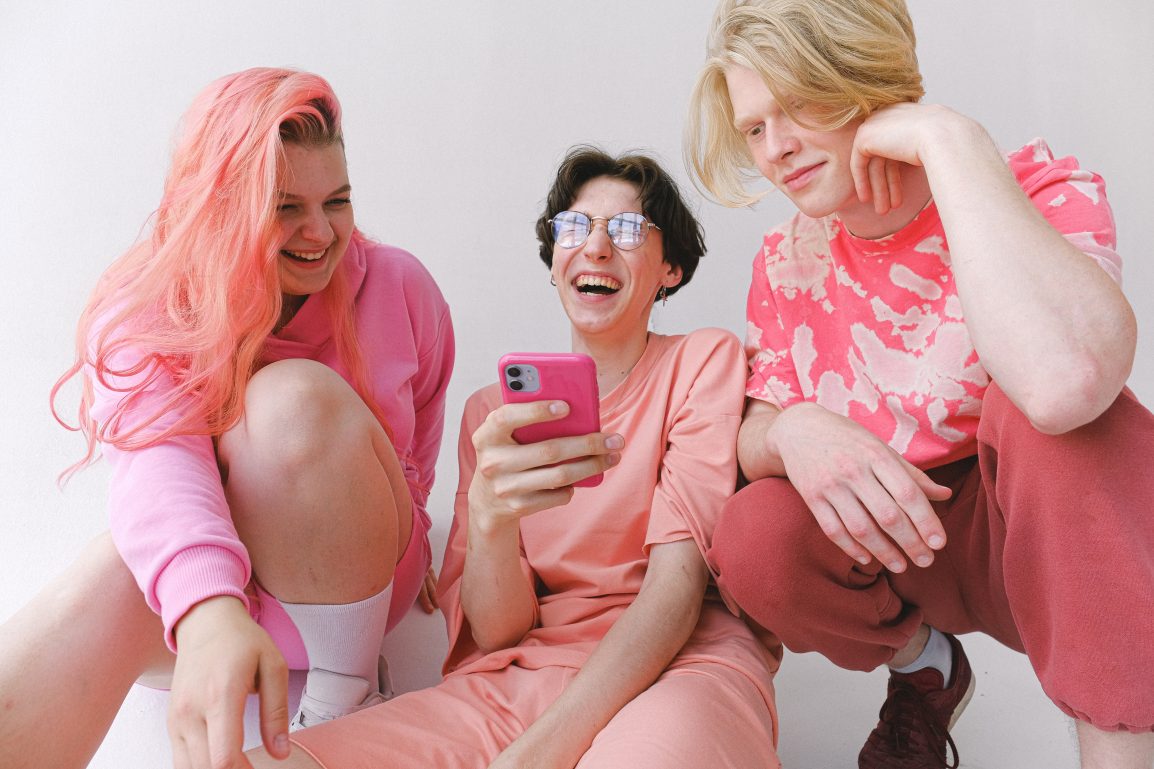 The prospect of starting college over a thousand miles from home without knowing anyone beforehand was rather daunting to me. I knew it was crucial to form a positive first impression on all the new people I would meet, but I struggled with how I would go about doing that. Then, one day, it came to me. I was going to dye my hair bright pink.

This was a wild decision for me. I’ve been a tomboy most of my life—rarely applying much makeup, often dressing in guys’ clothes, wearing mostly grayscale colors and muted blues. When I was eight years old, I decided that I despised pink and had my mom get rid of all my pink clothing. In more recent years, I’ve tolerated the color, but I would never have imagined myself voluntarily choosing to sport pink hair for four months. However, preparing to move away from everything and everyone you know can give you the inner freedom to do strange things.

As soon as I left the salon chair, I felt a decisive surge of vibrancy and confidence flow through me. Inside, I had this feeling that I was a new and whimsical creature with my bubblegum pink hair, like a fairy or a nymph. It seemed clear to me that people would instantly remember me and possibly want to befriend me now that I had such an obvious, eccentric feature. I was, “That girl with the pink hair,” and who wouldn’t want to be friends with her?

When I walked around my hometown for those last few days before I moved away, it was with bolder strides and a head held higher. I even had a few little girls walk up to me to tell me that I looked like a princess or to let me know that they wanted to have hair like mine. If that wouldn’t melt your heart, I don’t know what would. However, I also received a few strange looks in public and disapproval from some of the older people in my life.

When at last I arrived in Boston—America’s college town and my home for the semester—it was overwhelming, to say the least. Nevertheless, I felt the power of the pink hair and was able to explore the city with an assertive approach, as if I owned the place. For some reason, I just knew that no one would mess with me if I had a fierce look in my eye, a strong sense of where I was going, and hair that packed a punch.

On the first day of orientation, I was late to meet up with my group, which normally would have flustered me, but I was determined to be more laid-back in college, so, instead, I flashed a glowing smile, apologized for my tardiness, plopped myself down on the grass, and introduced myself to the students around me. As we proceeded with the orientation icebreaker, I made a concerted effort to have a meaningful conversation with each of the dozen students who had been placed in my immediate sphere of influence. As far as I’m concerned, I succeeded. At the end of the semester, those students still greeted me as we passed each other on campus.

All of these are periphery results of dying my hair, but my main goal has yet to be discussed. Did pink hair really help me make more friends or, even, more interesting friends? I can’t be sure, but I think it’s certainly possible. At the very least, it gave me the confidence I needed to approach people I wouldn’t normally have tried to talk to. Then again, I had several new friends tell me that they were drawn to me because of my distinctive hair color, and they wanted to know what a girl with pink hair was like.

Overall, I feel like my experiment was fruitful. Having bright pink hair gave me a newfound self-assurance, which allowed me to be a more determined and outgoing person. I’m also optimistic that people were more likely to reach out to me because of my striking appearance. This reciprocal relationship of internal sociability and external interest furthered the success of the first semester of my college career. Although I believe physical appearance can affect the way you feel inside, looks certainly aren’t everything, and they can’t change everything. I may have needed a physical alteration to give me the confidence boost I needed, but that may not be the case for you. Be the best version of yourself—pink hair or not.

Remember, it’s important to get permission from your parent or guardian before making an alteration to your body, such as dyeing your hair. Even though I was legally an adult when I dyed my hair, I still confirmed that my parents were in agreement with my decision.

Jumanji: Welcome to the Jungle