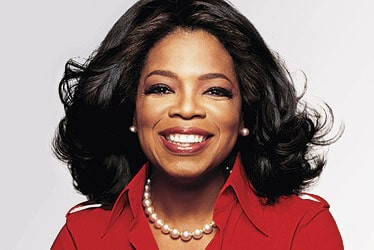 Oprah Winfrey is no stranger to the spotlight after years crafting a very successful career among Hollywood’s A-List. Funneling from her beginning as a talk show host, Oprah’s list of achievements is endless. Her most recent achievement is her ability to transform her Golden Globe speech into a beacon of hope for women. Oprah’s speech at the Golden Globes was very much centered on the idea of “girl power”. With the simplistic notion of ‘time’s up’ fueling Winfrey’s spiel, she captured the attention of the country, particularly the female population. Her speech moved her captive audience and prompted us to think about our future as women. Capitalizing on the surge of attention that’s recently been on assault victims, Oprah’s speech unraveled to reveal a powerful platform for all women to stand on for 2018. Even young women such as yourselves can apply this moving speech to your own life and began shaping a new future for women.

Her speech opened with gratitude for being awarded the honorary Cecil B. DeMille award and her revelation of becoming the first black woman to do so. There was a sense of sincere humility that is a rarity for people in her esteemed position and this was the first striking point from her speech. There is plenty of advice to extract from her words and you can have all the footnotes from the speech to guide you; but actions speak louder than words and her humble stature is one to not only admire but strive for in your own personal success.

She then discussed the recent transition of victims having more opportunity than ever to speak their truth, which she says is the most powerful tool. If you take no advice from this speech except for one thing, at least store that tidbit of information in the back of your mind. Speaking the truth, especially on dark subjects, can be intimidating and it no doubt takes courage. However, speaking up is the first step out of the darkness and the first step closer to the light at the end of the tunnel. Sometimes remaining silent about the truth will leave you running in circles, but opening up can reveal a pathway for you to escape the rut you may feel trapped in. It is truly the most powerful tool anyone has, regardless of age or gender. It is a tool you have at your disposal and shouldn’t hesitate to use.

Layering onto her applauding the women that have bravely shared their personal stories and the press that gave them the outlet to do so, Oprah then focused on the women that never had their opportunity to “speak their truth”.

“They’re the women whose names we’ll never know. They are domestic workers and farm workers. They are working in factories and they work in restaurants and they’re in academia, engineering, medicine, and science. They’re part of the world of tech and politics and business. They’re our athletes in the Olympics and they’re our soldiers in the military.”

She reminded us that abuse stretches beyond what is being reported on by mass media and the enclosed bubble of Hollywood. Winfrey reminded us that regardless where you fall on the map or income spectrum; women being abused is one that has no limitations on who falls victim. As she faced an audience of elites and starlets, she became a megaphone for all the women who fell in the cracks of a society that overlooked abuse on women for far too long. She spoke on behalf of the abundance of women who have fallen victim to abuse despite them being absent in the room.

Winfrey then told the story of a 97 year old, black, Alabama woman, Recy Taylor. Taylor had recently passed away and left the world without ever receiving justice for the way she was brutally raped by 6 white men in 1944. She had lived to be 97 and never got to see justice because we live in a society that has tipped the scale in favor of men.

But as Oprah put it so simply, “time’s up”. As a society and as women, we are evolving. The scale is starting to balance out due to the voices of women finally being echoed at loud volumes. Winfrey used this heartbreaking account to illustrate the degree of abuse and injustice of our past and even our present as women. She spoke on behalf of a woman who never got to reap the benefits of speaking her truth and in doing so, put into motion a better future for women. Women must keep demanding equality and power, especially young women like you, in order to give those silent women a voice.

In a speech that lasted just a few minutes, Oprah managed to solidify the idea that women are exhausted of suffering from abuse and injustice. She led with that humility I mentioned earlier and closed with a sense of confidence that was equally admiring. No way to right the wrongs that have been deeply engraved in female history, but Winfrey promises a better future.

“So I want all the girls watching here, now, to know that a new day is on the horizon! And when that new day finally dawns, it will be because of a lot of magnificent women, many of whom are right here in this room tonight, and some pretty phenomenal men, fighting hard to make sure that they become the leaders who take us to the time when nobody ever has to say “Me too” again. Thank you.”

To fully grasp the quality of her words, you should take a few minutes of your day to watch or read Oprah’s speech. It will make you proud to be a female and eager for a much different future for women.