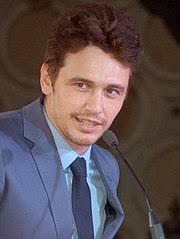 Sexual assault has always been an unfortunate fixture in society, but discussions circulating around the topic was dormant for quite some time. However recently there has been an influx of attention brought to the violent and disturbing topic, particularly in Hollywood. More than ever, conversations are centered around what used to be a taboo subject and magnifying the severity of the issue. The #MeToo revolution swept social media with sexual assault victims making a powerful statement with only a two word hashtag. Illuminating how common sexual assault has helped ease some of the fear that had previously crippled victims from speaking out. This applies especially in regards to powerful men in Hollywood.

It became alarmingly clear that sexual violence was plaguing tinseltown after reports about people like Harvey Weinstein and Kevin Spacey became public knowledge. In 2017 it became almost weekly, that headlines and articles revealed famous, household names paralleled with sexual assault crimes. Now in 2018, just a few days after giving one of infamous, quirky speeches at the Golden Globes, James Franco is one of those household names being accused of inappropriate behavior.

James Franco was first accused of assaulting actress Violet Parley and also trying to ‘lure’ her 17 year old friend to his hotel room. Franco denied the allegations on The Late Show with Stephen Colbert, however New York Times cancelled the scheduled talk the publication was planning with him. Following these claims, three more women spoke out about uncomfortable sexual situations that felt like an abuse of power on his part. Notably, in 2014 Franco “slide in the DMs” of a girl via Instagram. Which seems harmless and is often a tactic for boys to initially strike up conversation with a girl; however in the case Franco was a 30-something year old man trying to chat with a 17 year old girl.

Franco’s disturbing inclination for pursuing minors helps bring up my next point. Sexual assault is universally recognized as synonymous with inappropriate at best and extremely violent and damaging at worst. But the lines defining what is deemed in the sexual assault realm can sometimes be difficult to realize are being crossed for victims, especially in the case of teenagers. Sometimes it may appear harmless for an older individual to show interest in a younger person, but there is an underlying danger that sometimes goes unrecognized. There is a physical and mental maturity gap that puts a minor in danger when being pursued by an adult. A minor is much more easily manipulated by an adult than a peer and this can cause an abuse of power from the older figure.

So while society is finally moving in the right direction by addressing sexual assault and making it a transparent issue, statutory rape is often left out in conversation about inappropriate sexual behavior. If you get a sense of doubt that the age difference between you and your significant other is too wide of a gap, then keep in mind that sexual assault is not always someone like Weinstein. Sometimes it’s an adult masking his predatory motives as romantic gestures and a relationship.

My Years at Birmingham-Southern College