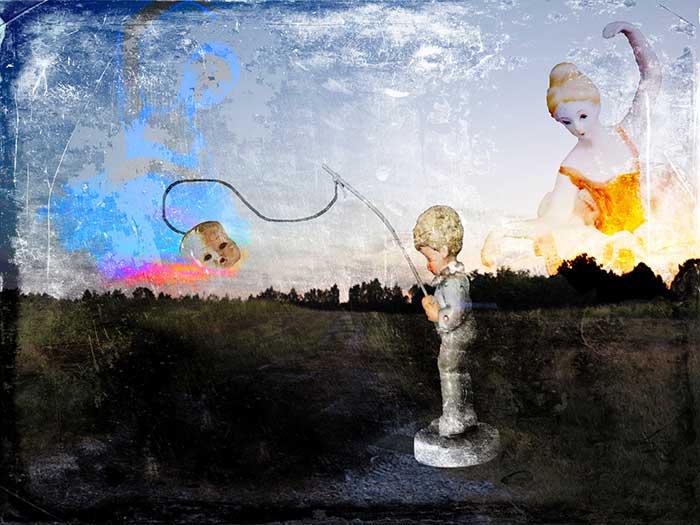 While I was constructing the piece, I really didn’t have any story behind it, I just wanted to collage the porcelain figures my grandmother has at her house into one scenario. Eventually, the ballerinas began to look kind of like forces that watch over the little boy in the middle. They are symbols like the yin yang- representing how opposites form one unity. The ballerina on the right maintains the detail of the porcelain and is mostly in very warm colors, whilst the ballerina on the left is a cool-colored shadow of the original figure with very little detail. However, they create a balance of the image and create the idea that opposing instances ultimately create the whole of a story.