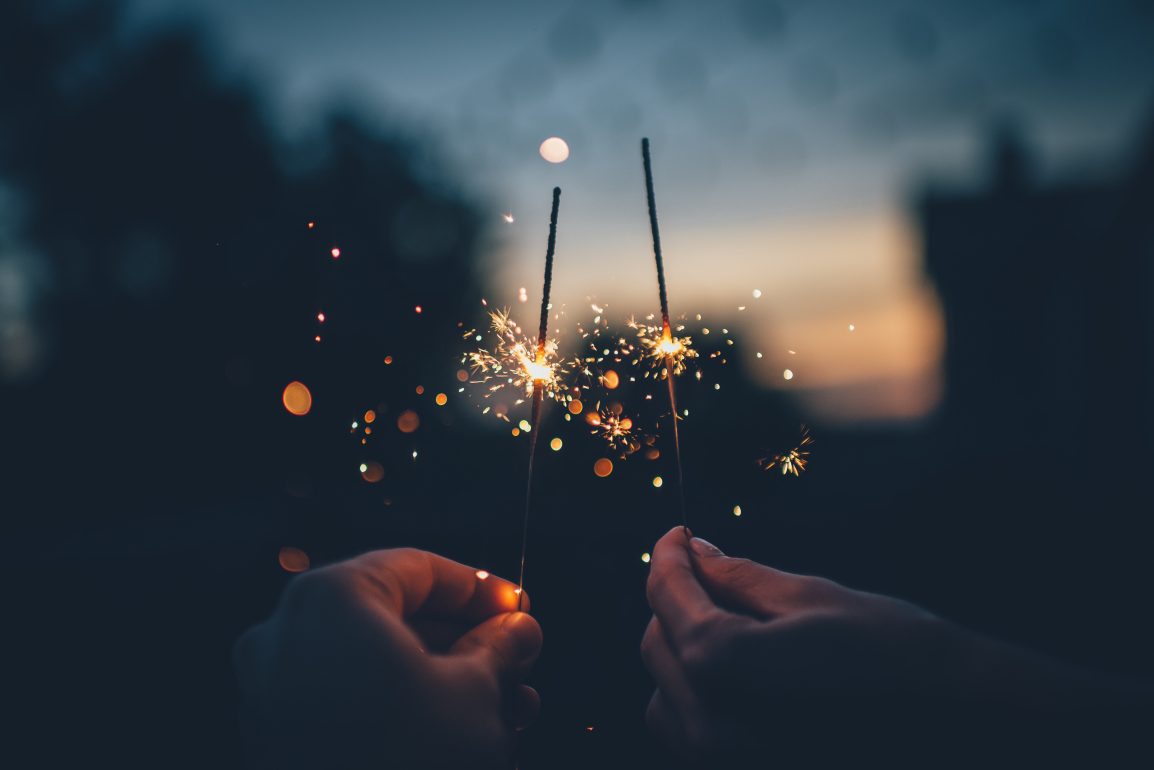 While my favorite holiday all year has to be Christmas, I’m also a huge fan of New Years! In fact, my family has plenty of traditions for New Years and Christmas alike. Every year we throw a party for our friends and family to properly ring in the New Year. From the food, to the games, to watching the ball drop, New Year’s ends up being one of my favorite nights all year.

As everyone begins to pile into our house, have have plenty of food for guests until the party ramps up. Based on the legend that eating round foods will bring prosperity in the New Year, we always serve plenty of circular foods for the guests to enjoy. There are plenty of grapes, donuts, mini pizzas, mac and cheese balls to go around all night. Many guests also bring their favorite round foods which created quite the smörgåsbord of round treats.

Two Resolutions and a Lie

Once the party gets going, we start to play some fun games including my favorite- Two Resolutions and a Lie. Each person writes down two of their actual resolutions along with a fake one. They then read them aloud and everyone has to guess which one was the lie. Everyone always ends up laughing at some of the random things people have (or haven’t) resolved to do.

Another game we play is New Years Resolution Fishbowl. If you have never played fishbowl, it is a hilarious games that involves lots of acting and guessing. We have everyone write down a couple of resolutions on pieces of paper and place all of them in a large bowl. Then everyone is then split up into two teams. For one minute, a member of the first team pulls from the bowl and attempts to describe the resolution while his or her team attempts to correctly guess the resolution. The teams alternate turns until the resolutions run out. The goal is that each person is attempting to get their team to guess as many resolutions as possible until the time runs out.

For the final round, the person must act out the resolution for their team to guess. It is always so fun seeing what types of things people act out, and its even funnier when no one can guess! This game is always loads of fun and puts everyone in a great mood to ring in the New Year.

With the New Year only minutes away, we always tune into the tv to watch the ball drop. It is so exciting to count down into a New Year with those who you love most surrounding you. You can see the excitement on everyone’s faces as the anxiously await what is to come. The anticipation only grows stronger as everyone begins that long awaited countdown into the New Year. When New Years finally hits, we pop confetti canons to celebrate!

New Years has always been such a fun night for me, and I hope that some of these traditions that my family has can maybe make your night more lively as well. After all, what better way to ring in a New Y

ear than with plenty of excitement!

On Wednesday’s We Wear Viva Magenta