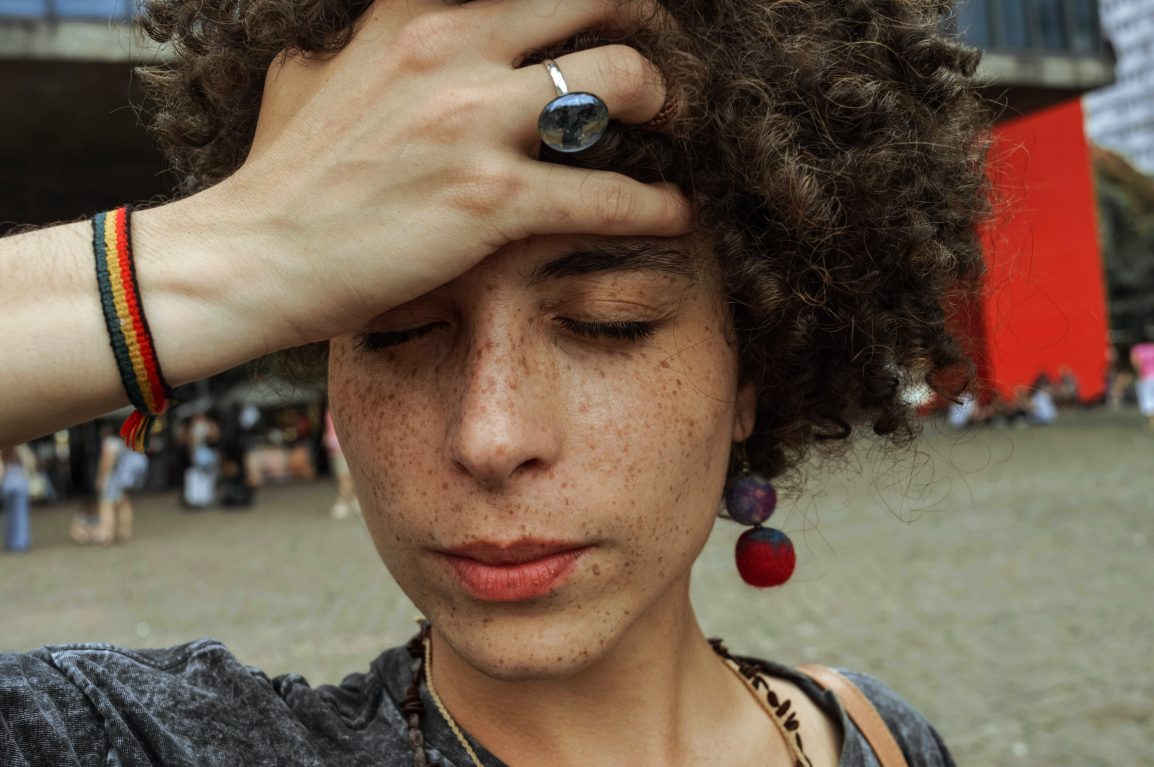 Stress is the uncomfortable feeling you get when you’re worried, scared, angry, frustrated, or overwhelmed. It is caused by emotions, but it also affects your mood and body. Many adults think that teens don’t have stress because they don’t have to work and support a family. They are missing the point and are wrong!

Stress comes from many different places.

How Does the Body Handle Stress?

The body is a finely-tuned machine that can change quickly to do what we need it to do, like react to stress. The body has two nervous systems. The voluntary system does what you choose to have it do—walk, talk, move. The involuntary system keeps the body running without your even thinking about it—breathe, sweat, digest. The body actually has 2 different nerve pathways in the involuntary system. One works while we’re relaxed, and the other works when there’s an emergency. These 2 systems can’t work together at the same time. It’s important to know this because we can shut off the emergency system by flipping a switch and turning on the relaxed system.

Even though stress is uncomfortable, it’s not always a bad thing. Sometimes stress helps us deal with tough situations. A lot of stress changes our bodies quickly and helps us react to an emergency. A little stress keeps us alert and helps us work harder.

Ages ago, when people lived in the jungle—where a tiger might leap out at any moment—the emergency nervous system was key to survival. Imagine your great, great, great ancestors, Sam and Zelda, munching on some berries. Suddenly they saw a tiger and had to run! Hormones gave them the burst of energy they needed to escape.

How did their bodies react? First, Sam and Zelda got that sinking feeling in their stomachs as the blood in their bellies quickly went to their legs so they could take off. Then when they jumped to their feet, their hearts beat faster to pump more blood. As they ran from the tiger, they breathed faster to take in more air. Their sweat cooled them as they ran. Their pupils became bigger so they could see in the dark, in case they needed to jump over a log while running away. They didn’t think about anything but running because they weren’t supposed to stop and figure out a friendly way to work it all out with the tiger.

Our ancestors never would have survived without the stress reaction, but stress helps us do more than run. It keeps us alert and prepared for the next lurking tiger.

Few of us need to outrun tigers today, but we all have problems and worries that turn on some of those exact same stress responses, like that panicky feeling you sometimes get when you’re studying for a big test. Your heart beats fast. Your breathing becomes heavier. You sweat and get flashes of heat because your hormones are confused about why you aren’t listening to them. Why are you standing still when they are telling you to run?

If Stress Is a Survival Tool, Why Does It Make Us Feel Awful?

Sam and Zelda had few choices when the tiger chased them. Either the tiger ate them or they escaped. As sick as it sounds, if they’d been eaten, they wouldn’t have had much to worry about anymore, right? If they lived, you can be sure their burst of energy allowed them to outrun the tiger or at least outrun Zok (their slower friend who was eaten by the tiger). In their run for survival, Sam and Zelda used up every drop of their hormone burst and then took a well-deserved nap.

In the modern world, our biggest worries aren’t usually about life or death. We don’t really have to run away from our problems. But those same stress hormones stay in our bodies because, unlike Sam and Zelda, we don’t use them up by running. Instead, those hormones continue to hang around, unused and confused. They seem to be asking, “Why did my body stand still when that ‘tiger’ attacked?”

It would be better if we had different hormones for different stresses. Hormones to deal with parental pressure would make you love chores. Hormones related to school stress would make you focus longer and shut down your kidneys so you wouldn’t need bathroom breaks. But we only have those hormones that prepare us to flee or fight. So it’s really important to use your brain to decide what’s a real emergency and to use exercise to use up those hormone bursts.

Even when there are no real emergencies, our emotions make our bodies act like there is a huge crisis because the brain controls both emotions and stress hormones. If your brain thinks something terrible is happening, your body will react as if it really is! Even a little bit of stress that never seems to go away can confuse the body. It makes the body work harder to prepare for an emergency that may not really be there.

A tiger running at you is a real crisis. If you believe a mild stress (like a math test) is an emergency, you will not be able to study. Your body will be preparing to deal with a real tiger, and you won’t be able to concentrate on anything but escaping. The trick is to figure out when something really is an emergency and when your emotions are only treating it like one.

What Is Stressing You Out About School?