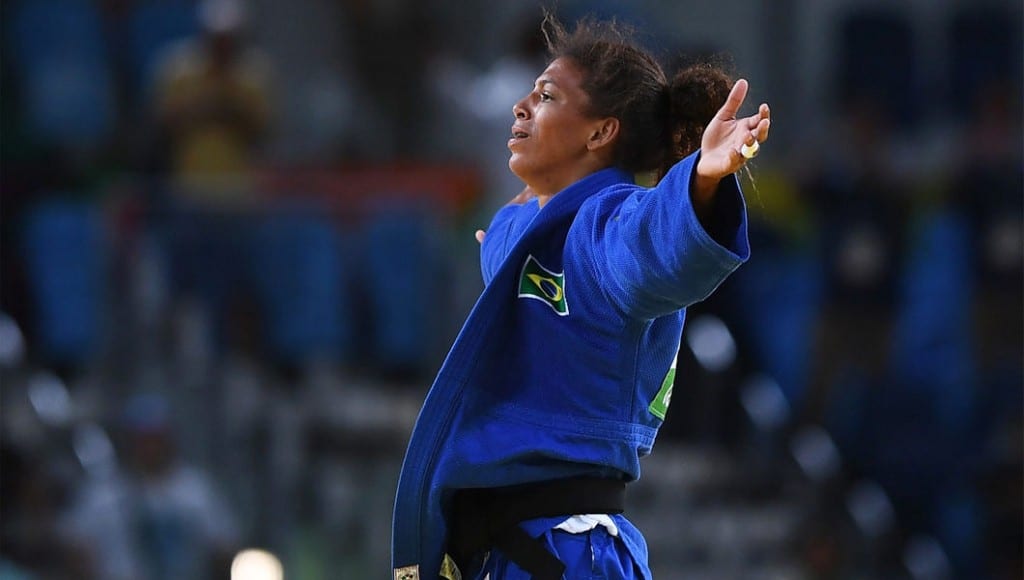 Rafaela Silva’s Judo Gold represents the latest chapter in a fairytake rise for an athlete who hails from Rio’s Notorious Coty of God Favela, one of the poorest and most dangerous neighborhoods in the country.

The 24-year old judoka, who toppled top seed Sumiya Dorjsuren of Mongolia in the final of the women’s -57kg, sparked joyous celebration in the Carioca Arena 2 and across the country. Not only was it a landmark moment for Brazil, which was able to celebrate its first gold of the Games, it was also a wonderful triumph for the ability of sport to transform lives.

Rafaela is a graduate of the Instituto Reação, an NGO founded by fellow Brazilian judoka Flávio Conto, himself an Olympic bronze medallist at Athens 2004, in order to use sport as a tool for social inclusion.

It was there that Rafaela honed her judo skills, and according to her sister, Raquel, herself a judoka, enrolling at the institute transformed their lives. “Before I or my sister got into judo, we were pretty rebellious. We weren’t interested in going to school, and sport radically changed our lives. It was transformational, like water to wine.”

THE PEOPLE WHO SAW MY SUFFERING DAILY KNOW I DID NOT LIKE TO TRAIN. BUT I THINK NO ONE HAS TRAINED MORE THAN ME IN THIS OLYMPIC CYCLE.

As Rafaela reveals, seeing her mentor Conto return from Athens with an Olympic medal was the moment when “the penny began to drop” that she too could achieve great things if she worked hard enough. In 2013, she clinched a world title, and now, four years after a disappointing early exit from London 2012, she was delighted to be climbing to the top step of the Olympic podium.

“I thank everyone who cheered for me. The people who saw my suffering daily know I did not like to train. But I think no one has trained more than me in this Olympic cycle,” reflected Rafaela. Rafaela’s mother, one of several family members on hand in the Carioca Arena 2 to cheer her on, added: “She deserves this a lot… She is a unique warrior. A warrior of gold.” 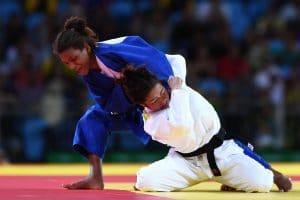 Starting off the School Year on the Right Foot