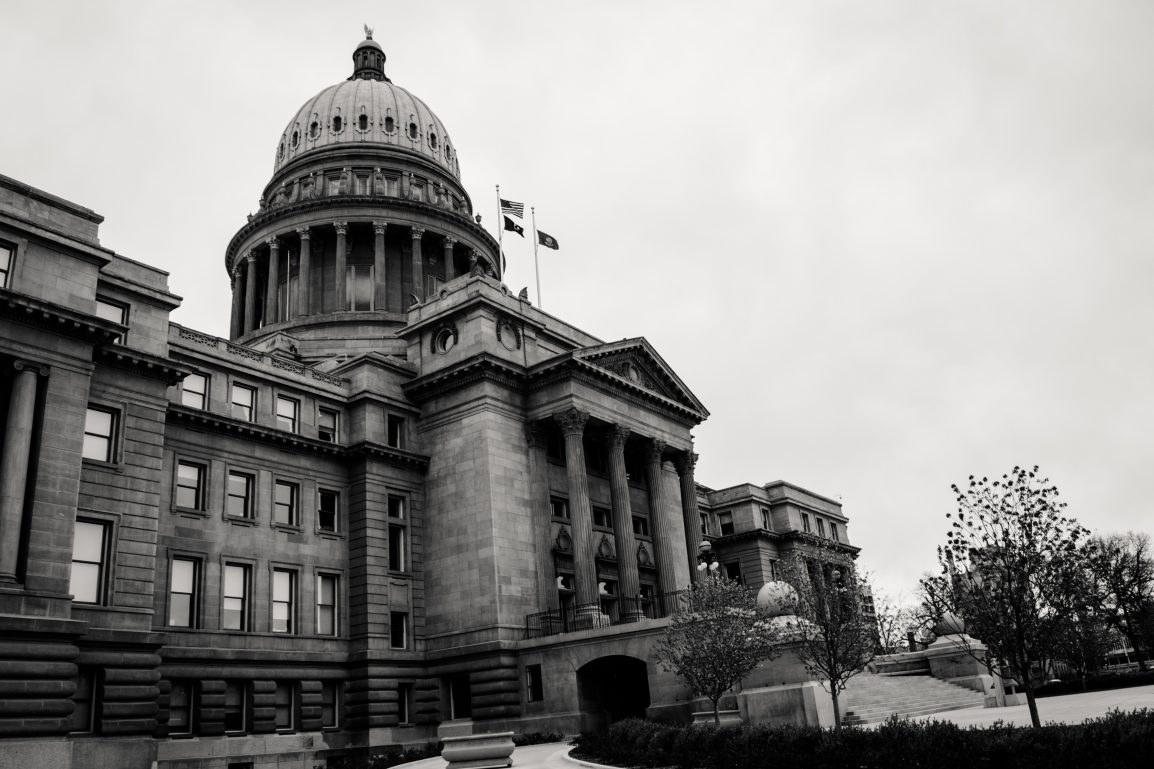 At 6 am on January 6th, 2021 thousands of Trump supporters prepared for a pro-Trump rally near the Ellipse (a park in DC just south of the White House). On December 19th President Trump tweeted about it, “Big protest in D.C. on January 6th. Be there, be wild!” The rally was called the “Save America Rally”. Crowds at the rally were encouraged to walk to the Capitol and “cheer on the Senators” who were preparing to finalize the certification of President-Elect, Joe Biden’s win. At 1:26 pm, Capitol police evacuated the Library of Congress, Madison Building, and the Cannon House Office Building on Independence Avenue across from the Capitol due to reported violence. And around 2:15 pm is when the chaos began. The mob breached the police lines and were able to force their way into the Capitol. They were pictured breaking windows of the Capitol. Shots were fired, 5 people died, and the mob was able to get onto the Senate floor. 6 hours later, the Senate was able to reconvene and continue the certification of Joe Biden’s win. A few days after the Capitol Hill Mob, it has come to the public’s attention that some of these mobsters had intentions of kidnapping and possibly harming Capitol Hill Staff. They were seen carrying zip ties and were videoed walking through the halls and breaking doors down to find staff members.

What led to chaos? Misinformation.

Many members of the Capitol Hill mob believed that on January 6th, the results of the 2020 election could be changed. It was believed that if enough senators voted against the certification of Joe Biden’s win then Donald Trump would be able to stay in office for another 4 years, which was not the case at all. It was the lies that were fed to the mob that caused the violence. And who is to blame for that? The people who repeatedly told the public that the 2020 election was a fraud even though more than 50 cases of supposed voter fraud have been lost including one that was presented to the Supreme Court.

What’s the difference between the BLM protestors and the Jan. 6th mob?

Many people have made claims that the protests that happened back in June in support of the Black Lives Matter movement were the same as the so-called “protests” at the Capitol this past Wednesday. And many others have made claims that the BLM protestors would have been treated differently if they had shown up in huge crowds at the Capitol steps and acted the way the mob did. Black Lives Matter protestors and the Capitol Hill mobsters are two completely different groups fighting for two completely different things. Black Lives Matter protestors filled the streets of D.C. to demand justice for the repeated discrimination and oppression that minorities face. They filled the streets to demand justice for George Floyd, Breonna Taylor, Jacob Blake, Ahmaud Arbery, Eric Garner, Antwon Rose, Trayvon Martin, and so many others. The Capitol Hill mob stampeded the steps and broke the windows of the Hill to threaten Senators to vote in favor of Donald Trump. They injured 60 Capitol Hill officers to demand that Donald Trump stays in office for 4 more years. 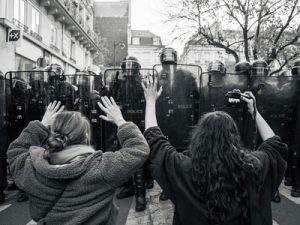 President-Elect, Joe Biden said “we all know” that law enforcement would have taken a different tactic with protesters supporting the movement for racial justice. Biden said, “Not only did we see the failure to protect one of the three branches of our government, but we also saw a clear failure to carry out equal justice. A little over an hour and a half after the chaos started, I got a text from my granddaughter… she sent me a photo of military people in full military gear, scores of them, lining the steps of the Lincoln Memorial because of a protest by Black Lives Matter. She said, ‘Pop, this isn’t fair.’” The reaction to the Capitol Hill mob simply exposes the biases and the discrimination in the system. Every American should recognize that what we saw on January 6th was purely a breach of our democracy. There is no way to justify the events on January 6th. 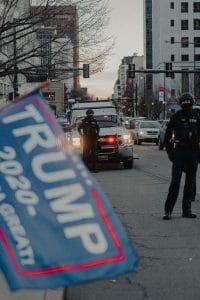 What does this mean for our national security? What comes next?

It’s okay to be scared. The U.S. is in a weird and dangerous state right now. It is not fully understood that anyone is actually filling the role of the U.S. President at the moment. Speaker of the House, Nancy Pelosi, believes that Trump should be immediately removed from office because he is a possible threat to the safety and the democracy of America. Not only that but the United States President has been banned from Twitter, and he became the first-ever president to be impeached twice (by the House). On January 11th, House Democrats introduced an Impeachment Article that, if passed by both the House and the Senate, will prevent Trump from running for office again in the future and urged Vice President Mike Pence to use his constitutional right of being able to remove the President if he feels that Trump isn’t fit to govern the United States. On January 13th, the House voted in favor of impeachment. However, Senate Majority Leader Mitch McConnell will not bring the Impeachment Article in front of the Senate for a vote until after Joe Biden takes office. This means that if the Senate does vote in favor of impeachment, Donald Trump will be banned from running for office in the future but he won’t leave office any earlier. There was also a huge possibility that more violence would occur in D.C. leading up to January 20th which was the date for Joe Biden’s inauguration however heavy security seemed to have scared away big crowds. Now we will just have to wait and see what will happen in the next couple of months.

Five Routines That Are Still Helping Me In Quarantine

Must Watch Period Dramas for 2021