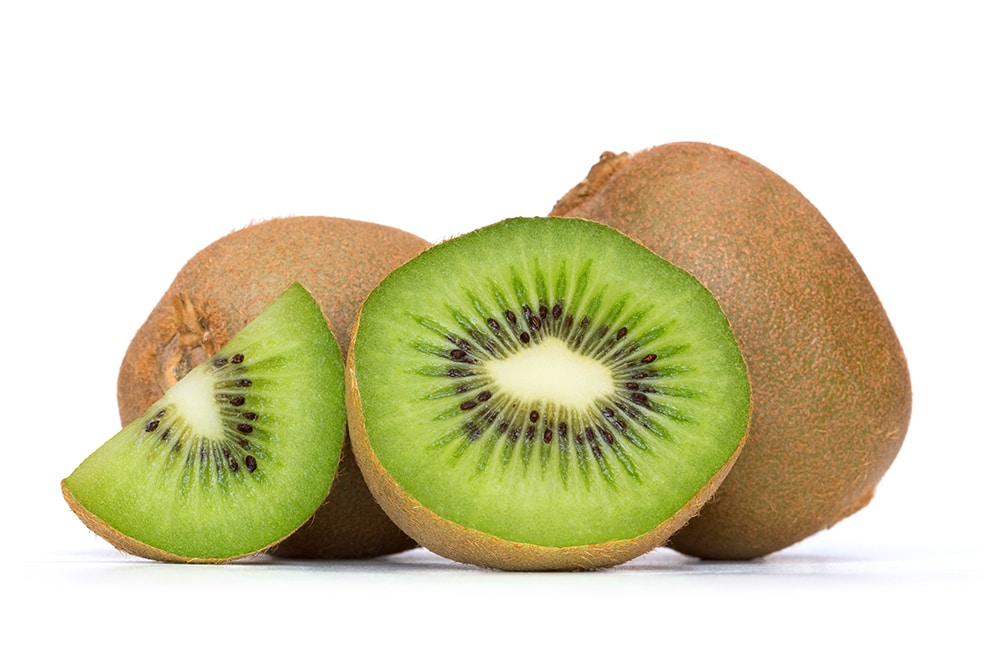 I found a recipe for kiwi fruit leather on http://www.mygutsy.com/kiwi-fruit-leather/ and decided to give it a try. I wasn’t sure how it would turn out, but I thought it might make a fun experiment. My mom had bought a large container of kiwifruits from Costco, so this seemed like a good way to get some of the kiwis eaten. There were instructions for making this using a dehydrator or an oven, and I used an oven since I don’t have a dehydrator.

• First I peeled the kiwis, and I figured out that if you cut off the ends and then peel using the back of a spoon, it is not a difficult task.
The recipe said to chop the fruit, add honey, and puree it in a blender. I used a Cuisinart.

• I poured the mixture onto a silicone mat on top of a cookie sheet. The mat was so floppy that I couldn’t really get the mixture evenly distributed. There was more of it in the middle and less in the outer edge, which turned out to be a big problem.

• The recipe said to dehydrate this for 5-8 hours. I chose 7 and waited for the timer to ring, but when I took it out of the oven, it was still liquid. I ended up having to put it in for another 4 or 5 hours, which was very annoying. I kept taking it out hour after hour and finding it still wasn’t ready. I think this happened because the mixture was so thick in one place because of the floppy mat it was on.

• I cut the fruit leather into strips and let it cool. Finally, it was time to try. Was all the hard work worth it? I took a bite and… it was okay. Not great, but not necessarily bad. Not really worth all the work it took to make it, though. In the end, I wouldn’t recommend this recipe to anyone. It’s just too much work for what it is. I’m not discouraged, though. I will certainly try out more recipes in the future. Probably not for fruit leather, though.

Could Musical.ly Be One of the Fastest Growing Apps for Teens?