Kathrine Switzer: The First Woman To Run The Boston Marathon 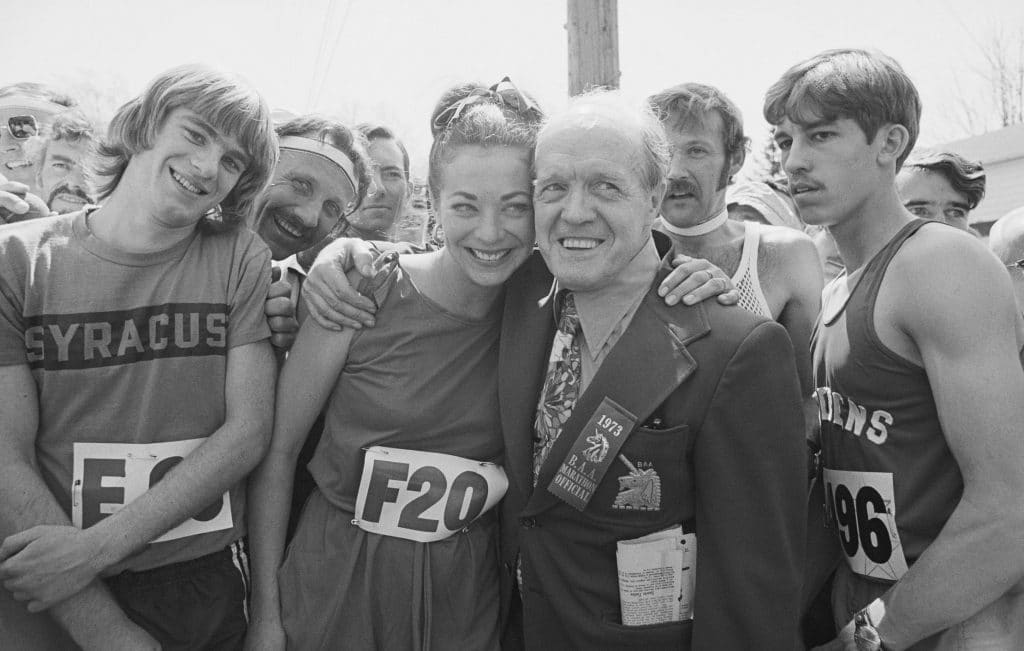 1967: A Turning Point for Female Equality in Sports

Women have been avidly fighting for equality in the past century. Especially equality in sports. It is one of the main areas where women have had to step up and prove themselves to see change happen. Women have had to show that females can be strong and athletic just like men; that we aren’t dainty and weak beings.

In 1967, Katherine Switzer made history by becoming the first woman to run a marathon. Switzer was a long-distance runner, though she was only allowed to compete in women’s competitions that were short distance runs. For these races, she had to have more natural speed rather than the endurance that she possessed. Therefore these competitions did not accurately test her abilities.

Switzer decided to enter the Boston Marathon. She went into the race with her hoodie up, and hair tucked back. No one seemed to noticed while Switzer was preparing to start the race. She was safe until only a few miles into the race. At this point, the race director, Jock Semple, noticed her and tried to push her out of the race physically. Luckily, Switzer’s boyfriend came to the rescue and pushed Director Semple out of the way instead, allowing Switzer to be the first women to finish The Boston Marathon as a numbered entry.

Though Semple still disqualified Switzer, this marked the point where women became officially allowed to run marathons alongside men, and Director Semple later apologized for what he did to Switzer. It has been a little over 50 years since this historical event, and Switzer has accomplished a lot since then. She is now 71-years-old, has run nine marathons, and also won the New York Marathon in 1967. Switzer exemplifies what it means to fight for what’s right. She not only created a significant movement for women in sports, but she became an overall sports legend.

Facebook CEO Testifies in Front of Congress – Here’s Why