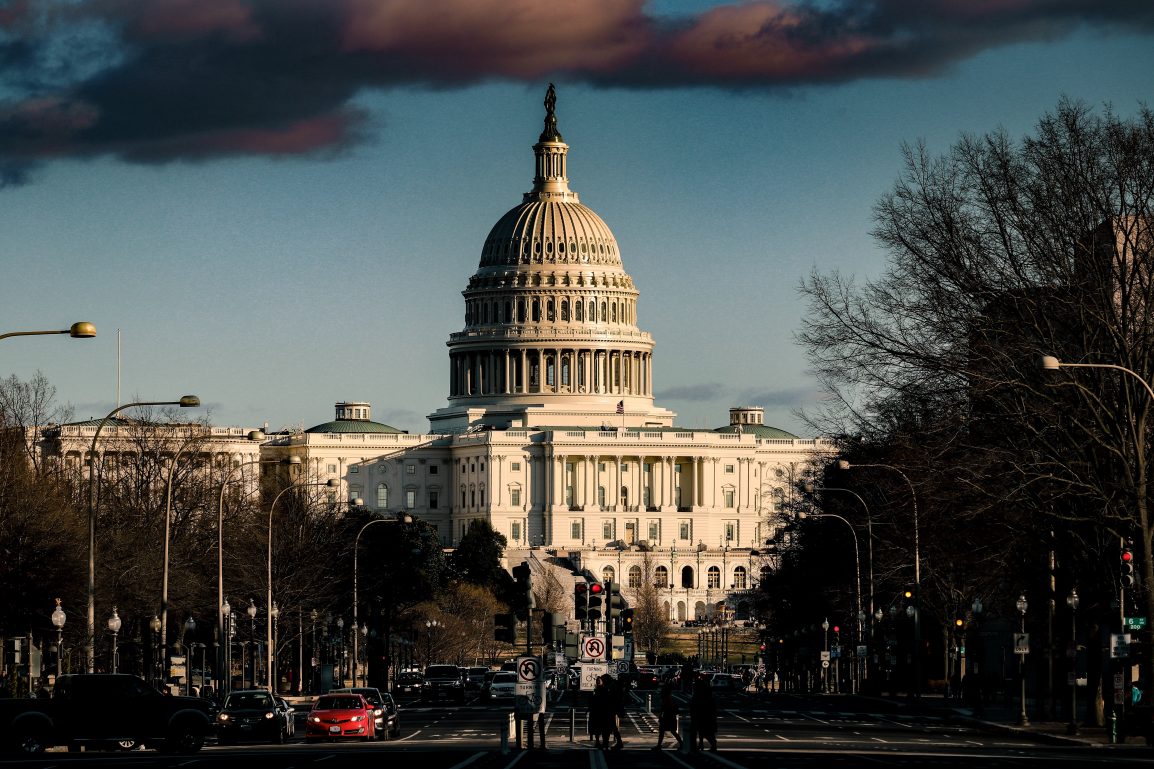 After five long days of votes being counted in the U.S. presidential election, the Associated Press called the election in favor of Joe Biden in his home state of Pennsylvania at 11:25 a.m. EST. This meant that he had exceeded the 270 electoral-vote threshold needed to win the election. Essentially, this meant that Biden was the President-Elect. Since then, Donald Trump and his loyalists have called the election “a fraud” or “stolen [from Trump].” Trump even pursued lawsuits in Georgia, Michigan, Arizona, Wisconsin, New Mexico, Nevada, and Pennsylvania in hopes of overturning the election since Biden’s win was called.

Since then, the Trump campaign lost each lawsuit and it has been determined that there has been no evidence of widespread fraud.

On this day, President Trump held a rally at a park near the White House where he said in his speech,

“We’re going to walk down. We’re going to walk down any one you want, but I think right here. We’re going walk down to the Capitol, and we’re going to cheer on our brave senators, and congressmen and women. We’re probably not going to be cheering so much for some of them because you’ll never take back our country with weakness. You have to show strength, and you have to be strong. We have come to demand that Congress do the right thing and only count the electors who have been lawfully slated. Lawfully slated. I know that everyone here will soon be marching over to the Capitol building to peacefully and patriotically make your voices heard…So let’s walk down Pennsylvania Avenue.”

After the event was over, thousands of supporters made their way to the Capitol where the lack of security enabled the mob to destroy government property and enter the Capitol. On this day, a joint session was being held for the House of Representatives to count the electoral votes and confirm that Joe Biden was the President-Elect. Members of the Senate and House of Representatives were guided away from the peril after moments of terror ensued when the armed mob had advanced to just outside the House Chamber.

During the chaos, President Trump continued to tweet, critiquing Vice President Pence’s actions after Pence denied he had the authority to unilaterally “determine which electoral votes should be counted and which should not.” After a woman identified as Trump supporter Ashli Babbitt was shot inside the Capitol, the President posted another tweet:

“No violence: I am asking for everyone at the U.S. Capitol to remain peaceful. No violence! Remember, WE are the Party of Law & Order – respect the Law and our great men and women in Blue. Thank you!”

An hour-and-a-half after the initial chaos ensued, Kayleigh McEnany announced that the National Guard had been mobilized. Before this, 340 unarmed members D.C. National Guard were stationed in the city to conduct traffic flow after the rally. According to NPR, “The full contingent of the D.C. National Guard, about 1,100 strong, was not mobilized until after the immediate crisis had passed on Wednesday evening. They are being joined by 6,200 Guard members and other law enforcement personnel from Virginia, Maryland, Pennsylvania, New Jersey, Delaware and New York.”

This is a stark contrast to the events of the Black Lives Matter protests following the police killing of George Floyd this summer when “President Trump called for a strong show of force, including active-duty military personnel deployed on the streets of the nation’s capital. While Pentagon officials eventually talked Trump out of that demand, armed federal security forces were called in, including guards from the U.S. Bureau of Prisons who did not wear identifying name tags.”

Authorities were called on the peaceful protestors of the BLM movement, clearing the way for the President to take pictures holding up a bible at St. John’s Episcopal Church near the White House. Many critics claim the inaction as a double standard in terms of a heavy-handed approach with the peaceful protestors this summer, and a tolerance of the violent mob that destroyed property at the Capitol. MSNBC anchor Craig Melvin tweeted:

“Having covered many protests over the years, I do wonder if the majority of these folks were black and brown whether they’d be treated the same way they’re being treated right now.”

“I’m calling on all of my Conservative friends, my Republican friends ‘what would I do’ if Black Lives Matter dropped 30,000 people on the nation’s capital and lay siege to the seat of power in the middle of a joint session of Congress and broke in? If Muslims dropped 30,000 Muslims on the seat of government in the middle of a joint seat of Congress and ran in there and there was blood on the floor and tear gas, what would we be saying? If you believe we are all one people…there needs to be a uniform denunciation from top to bottom of the Republican party of what we’re seeing.”

Now, all of the living former presidents including Jimmy Carter, Bill Clinton, George Bush, and Barack Obama have posted statements condemning the actions of January 6th and calling for unity.

While the attacks were still going down, President-Elect Joe Biden released a broadcast calling on President Trump to “fulfill his oath and defend the Constitution and demand an end to this siege.” Moments after, the President posted a video on Twitter saying,

“We had an election that was stolen from us. It was a landslide election and everyone knows it. Especially the other side…This was a fraudulent election, but we can’t play into the hands of these people.”

Many were outraged after Trump addressed the mob in the video saying,”We love you. You’re very special.” The video was later taken down from Twitter, Facebook, and YouTube on all of his accounts.

After the Capitol was cleared out four hours later, the sessions continued. Republicans and Democrats came together to solidify Biden’s win with Republican Senate majority leader Mitch McConnell saying, “We will not be kept out of this chamber by mobs, thugs or threats.”

Addressing the mobsters who have been described as “domestic terrorists,” Vice President Pence said, “To those who wreaked havoc in our Capitol today, you did not win.”

And Democrat Senate minority leader Chuck Schumer said that the mob should be “provided no leniency” and face prosecution.“This president bears a great deal of the blame…This mob was in good part President Trump’s doing, incited by his words, his lies.”

As of January 8, 2021, there have been six deaths (one Capitol police officer and four Trump supporters), “ and 15 hospitalized after up to 60 officers were injured after a violent pro-Trump mob stormed the Capitol on Wednesday.”