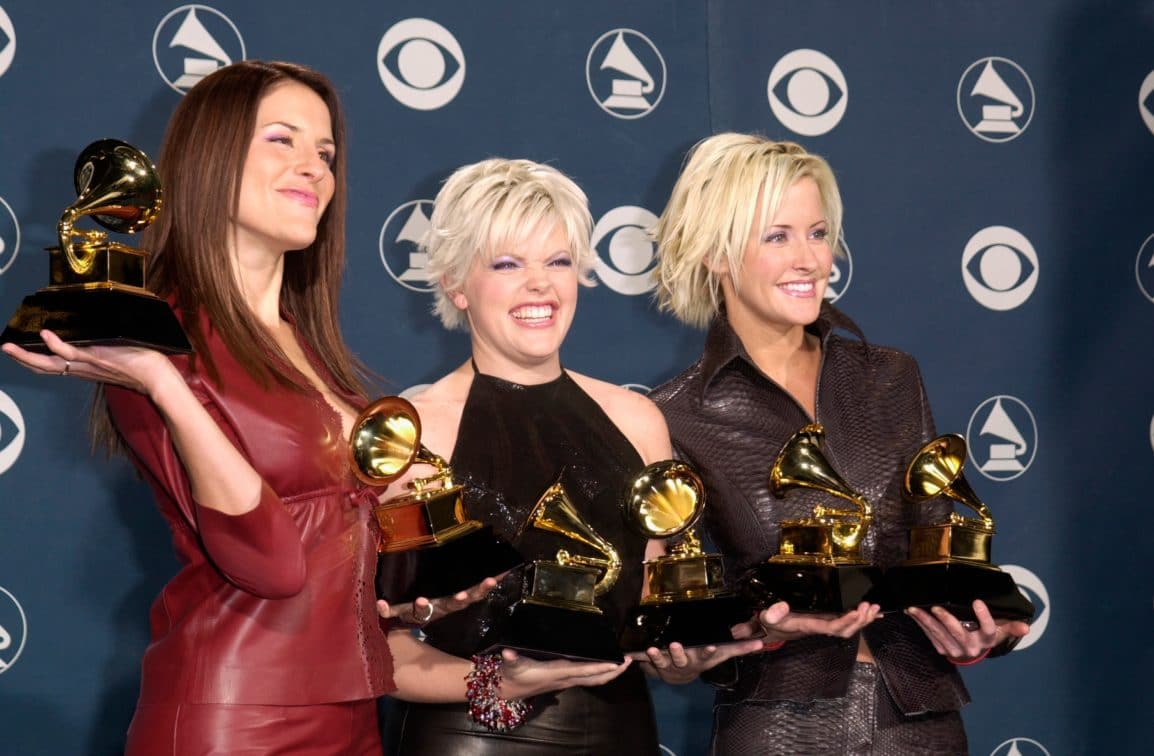 This Friday, July 17, The Chicks will release their first new album in 14 years. The trio, formerly known as The Dixie Chicks, includes Natalie Maines, Emily Strayer, and Martie Maguire—and they are country music legends. With 13 Grammy awards, they are the bestselling female band and the bestselling country group in the United States. Their four studio albums have sold over 30 million copies.

Even with all this success, The Chicks took a 14-year hiatus from music-making after being effectively “cancelled” by the country music industry. It all started on March 10, 2003, at a concert in London—10 days before the United States would begin the invasion of Iraq. As the band was getting ready to play “Travelin’ Soldier,” Ms. Maine told the audience that the band did not support the invasion and that they were “ashamed that the President of the United States is from Texas.” The President at the time was George W. Bush.

It is no secret that the majority of the country music industry and fan base is conservative.

Many country music listeners supported both President Bush and the war. Because of these demographics, the comment triggered a huge backlash in the United States. Country radio stations blacklisted The Chicks, refusing to play their music. In an era before streaming services were the norm and when bands’ popularity depended on radio plays, this was devastating. It hurt their record sales and upcoming tour. Former fans burned their CDs and Ms. Maines even received numerous death threats.

This “incident,” as the band refers to it, led to their single “Not Ready to Make Nice.” The song was on the album Taking the Long Way, which was released in 2006. It made gold in its first week and debuted at number one on both the U.S. pop and country albums chart. However, country radio ignored the new singles, and fellow country artists refused to support the band. The tour for Taking the Long Way had to be re-routed due to poor ticket sales for certain shows. Local radio stations in Houston refused to advertise the tour. Even so, at the 49th Grammy Awards in 2007, The Chicks won all five categories for which they were nominated. This included Song of the Year, Record of the Year, and Album of the Year. A single artist had not swept all three awards for 14 years.

Taking the Long Way would be the last new music the world would get to hear from The Chicks. Until now.

On March 4, 2020, the band released the single “Gaslighter,” which is the title track for their new album. Gaslighter was originally scheduled to be released on May 1, but was postponed due to COVID-19. On April 30, the band released the second single from the album, “Julianna Calm Down.” Over the last week, in the days leading up to the album’s release, they have been posting one teaser a day to their social media—the title and lyrics of every song on the album.

Considering that The Chicks bowed out of the music-making spotlight on a political note, it is no surprise that their comeback has stirred the waters as well. On June 25, the band dropped “Dixie” from their name. Why? “We want to meet the moment,” they simply stated. The word “dixie” has traditionally been used as a nickname for the Confederacy and the antebellum South. According to historians, the word is also synonymous with segregation and opposition to Civil Rights. By changing their name, The Chicks made it clear that they wanted nothing to do with the racist implications of “dixie.”

The name change isn’t the only statement that the band has made with their comeback.

The single “Gaslighter” is born out of Maines’s divorce in 2019—but it’s message seems to run even deeper. Gaslighting is a type of emotional abuse where the abuser manipulates you into questioning your own sanity by insisting something is true when it’s clearly not, causing you to doubt reality. There may be multiple layers to the gaslighting Maines sings about, including the blacklisting of the band by the country music industry, the outlandish claims made daily by President Trump, and words like “dixie” that glorify and idolize an era that was clearly racist and reprehensible. Finally, the song “March,” the third single to be released from the album, is an ode to political protest.

I am a huge fan of The Chicks. Not only could I listen to their music on repeat for days (and I do), but they are incredible role models. They stand up for what they believe in. They represent women’s empowerment. And best of all, they don’t care what anybody thinks.

NYT: The Chicks Are Done Caring What People Think

The New Yorker: Why the Chicks Dropped Their “Dixie”

How to Overcome Peer Pressure in College

Best Dessert/Treats for the Summertime in Birmingham